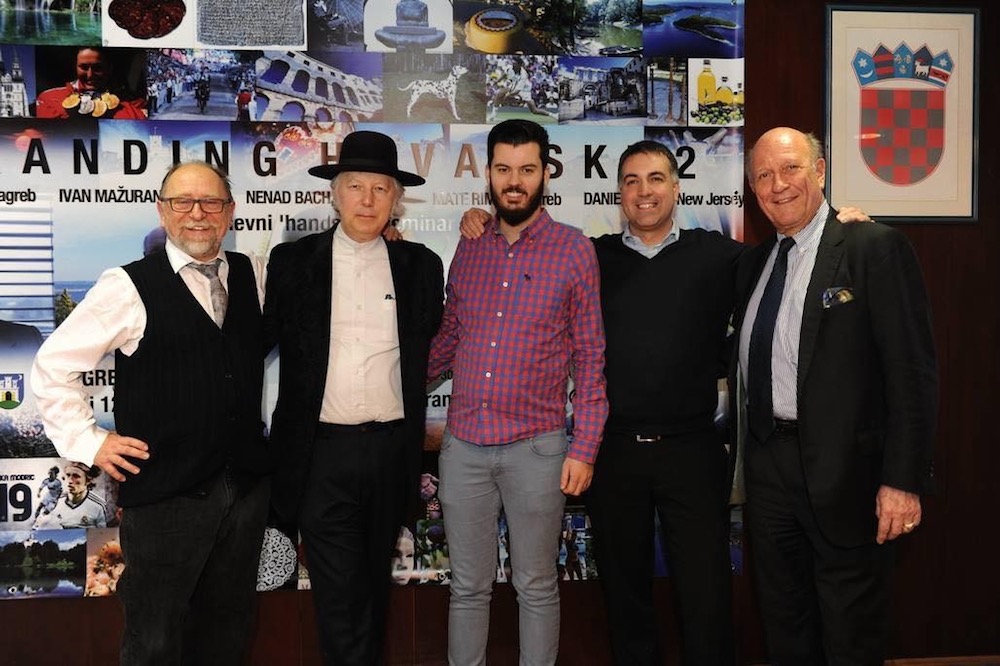 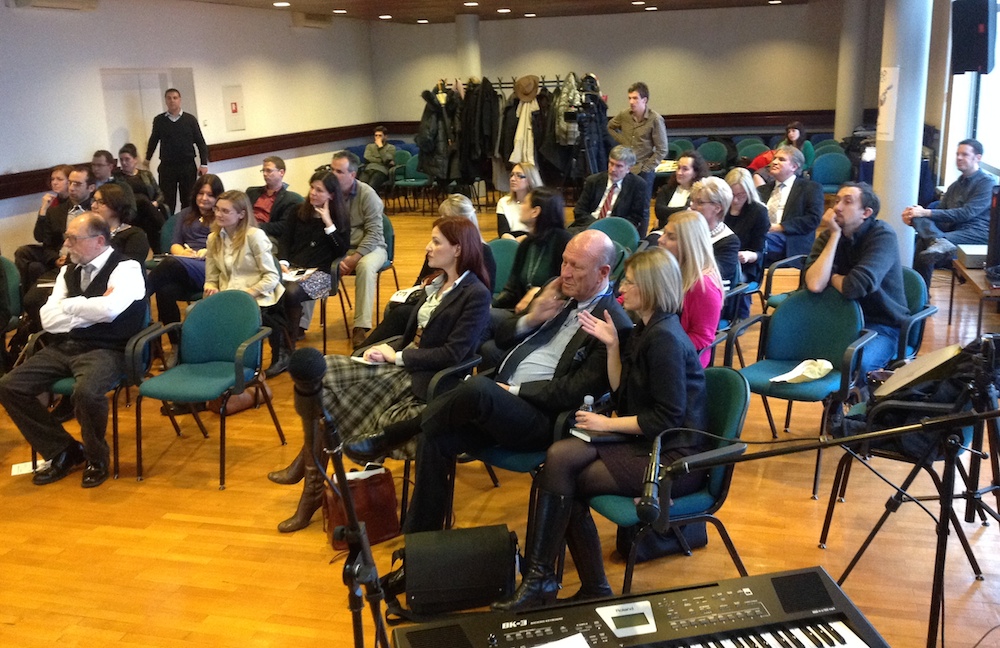 In white shirt on the left, professor Daniel Kolak, USA. Second from the right, Ivan Maūuraniæ from Switzerland.
The program of the meeting. 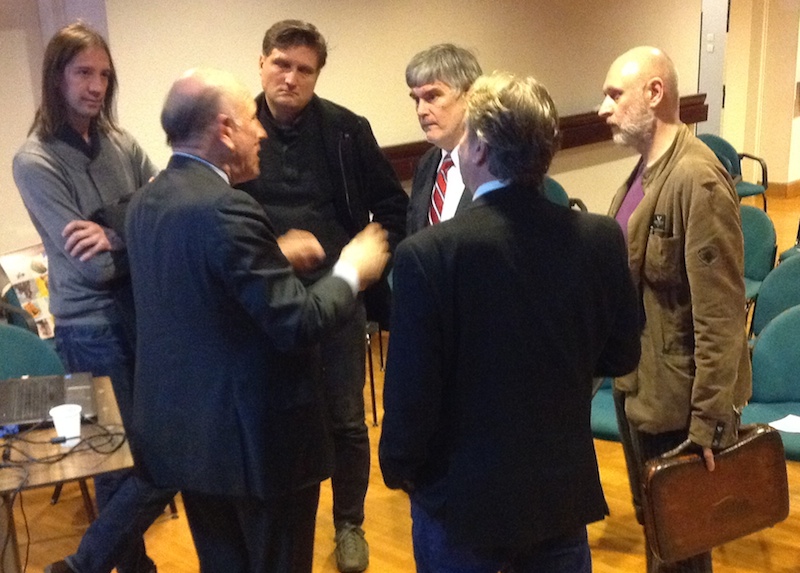 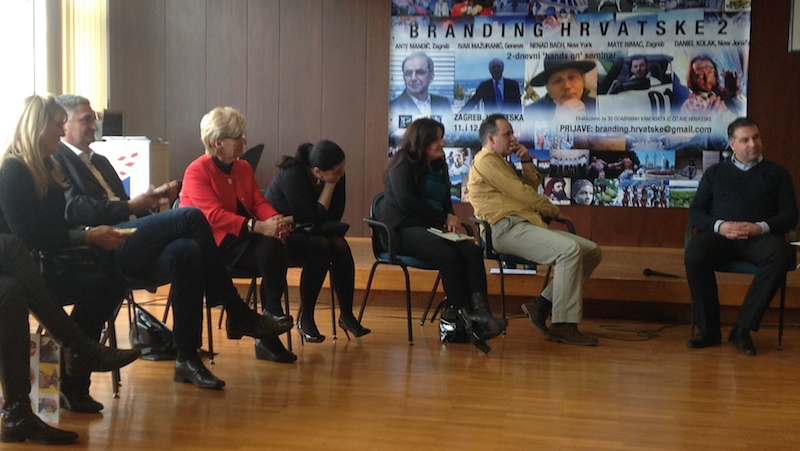 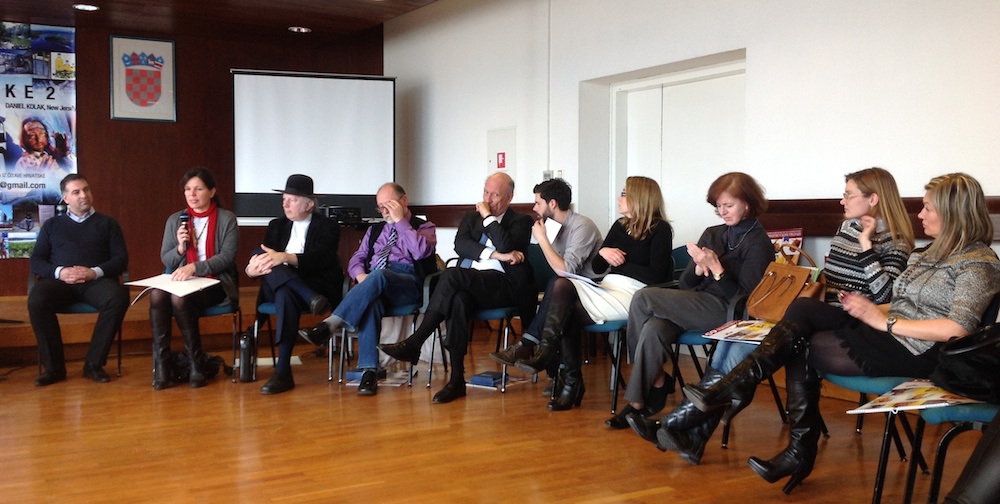 Mara Vitols-Hrgetiæ of the FORUM Center speaking. On her left is Petar Æuriæ, on the right Nenad Bach and Ivan Maūuraniæ.
Second from the right is Lucija Petrač, and Helena Peričiæ the third. 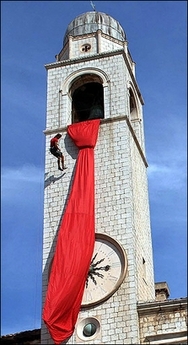 CRAVAT AS CROATIAN BRAND
Cravat around the City Bell in Dubrovnik, 2006 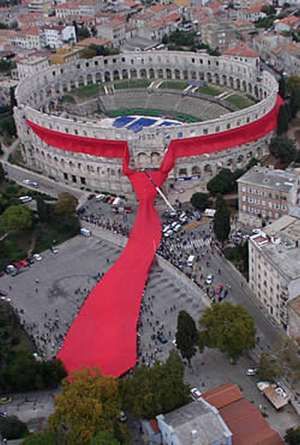 Gigantic Cravate (a real one!) tied around the arena in the city of Pula, Croatia. 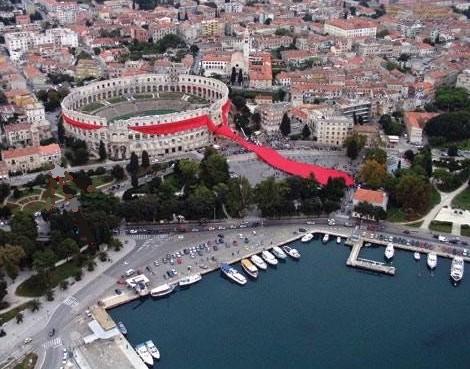 Katarina Peročeviæ and Josip Hrgetiæ of the FORUM Center in Zagreb 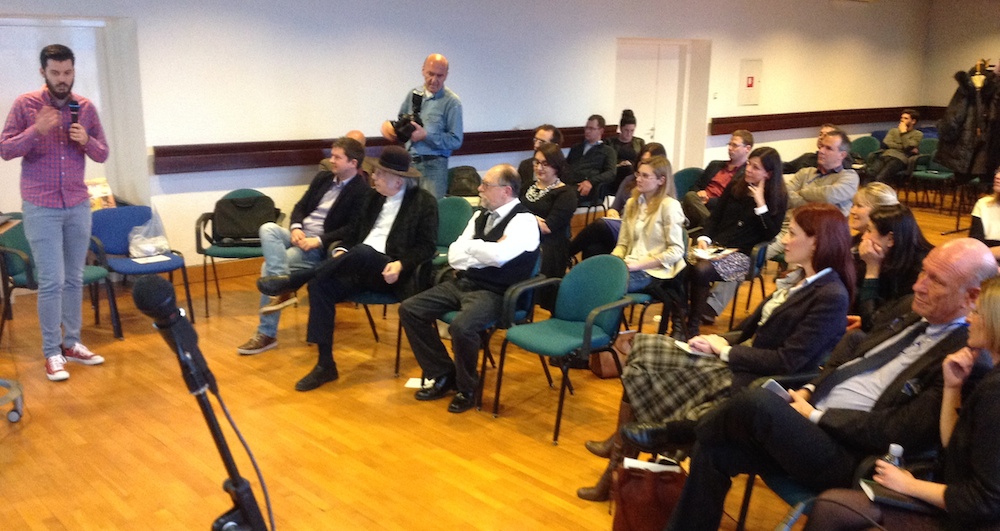 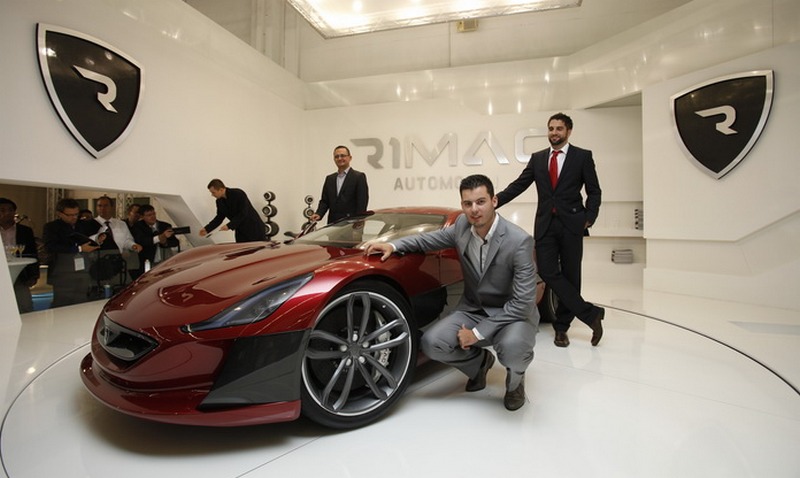 Proud Mate Rimac, young Croatian enterpreneur, with his sensational supercar - Concept One vehicle,
the fastest electric car in the world. 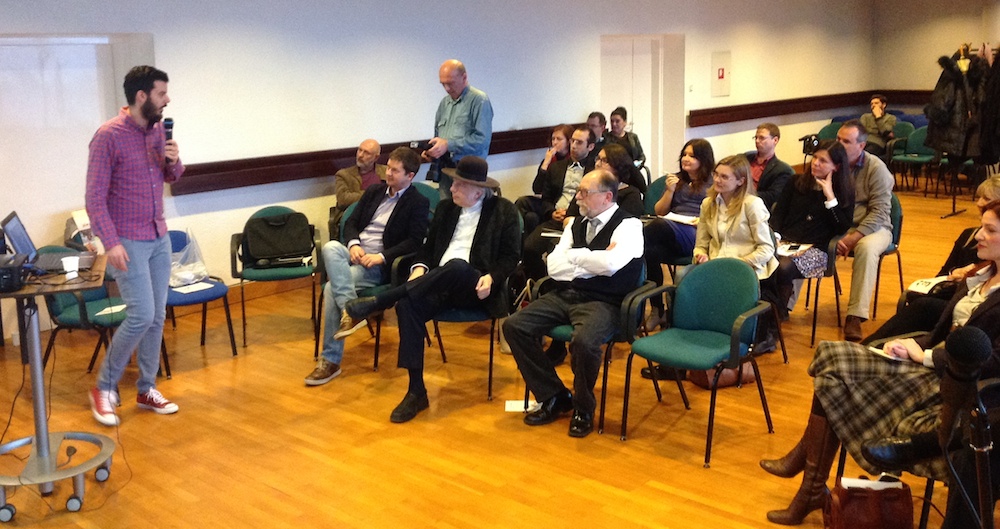 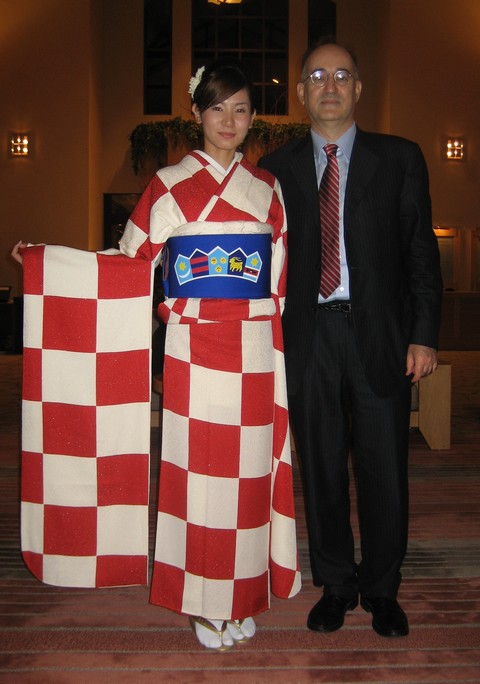 CROATIAN COAT OF ARMS AS CROATIAN BRAND
The winning silk kimono named Croatia has been made Tokamachi in the memory of the
Croatian national soccer team's presence during the World Cup 2002 in Japan.
As we see, the kimono has been inspired by the Croatian Coat of Arms.
On the right, Dr. Drago Đtambuk, ambassador of the Republic of Croatia in Japan. 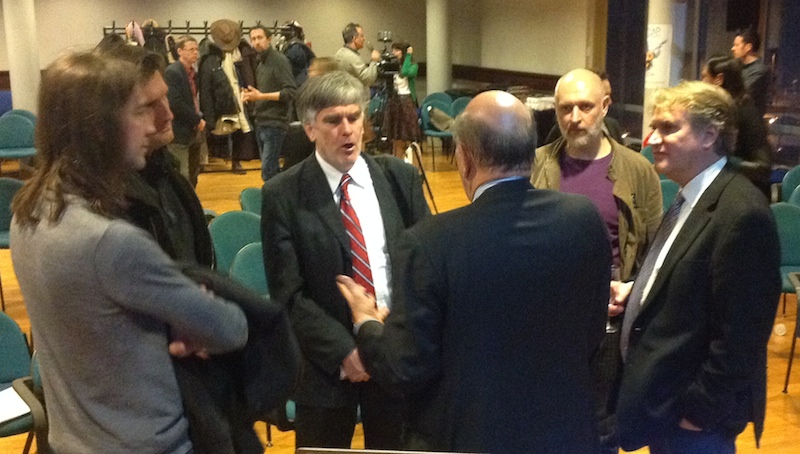 Ivan Maūuraniæ speaking with a group of participants of the meeting

NIKOLA TESLA AS CROATIAN BRAND
In 1941 Nikola Tesla invited to lunch with him in New York a famous Croatian-American boxer Fritzie Zivich,
known under the pseudonym The Croat Comet (as well as his brothers, who were also boxers),
after his successful defense of the world title in welter-weight category.
Source  newsinteractive.post-gazette.com.
From left to right: Joe Zivic, Fritzie Zivic, Nikola Tesla, Jack Zivic, Pete Zivic and Eddie Zivic. 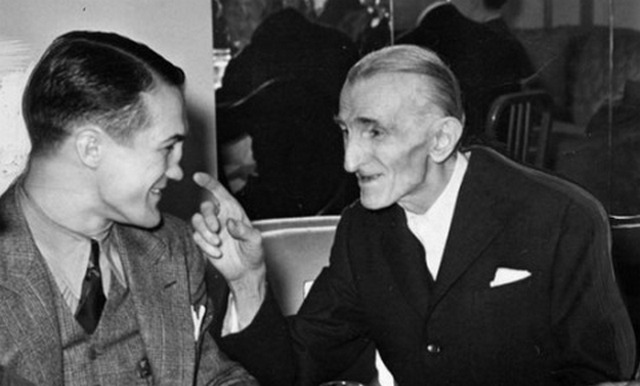 The Croat Comet Fritzie Zivich (originally Ūivčiæ) and Nikola Tesla
Fritzie Zivic was inducted to the International Boxing Hall of Fame in 1993. 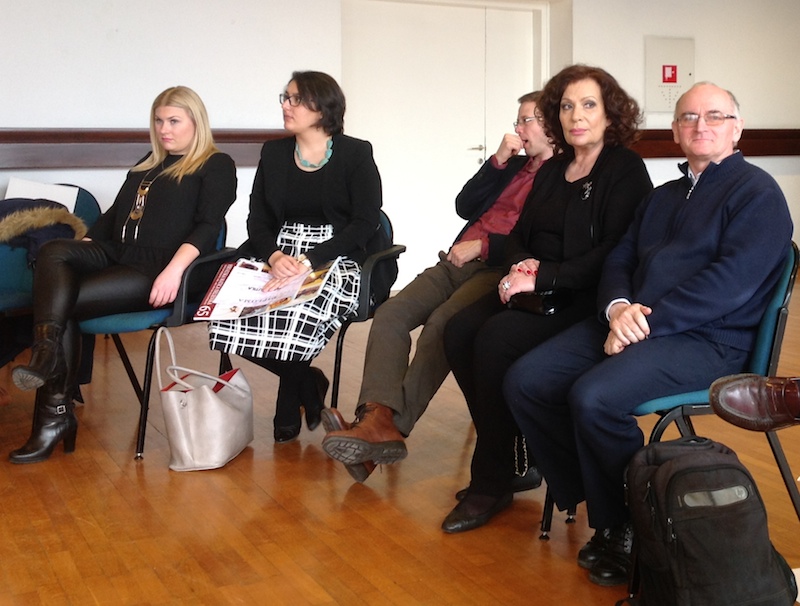 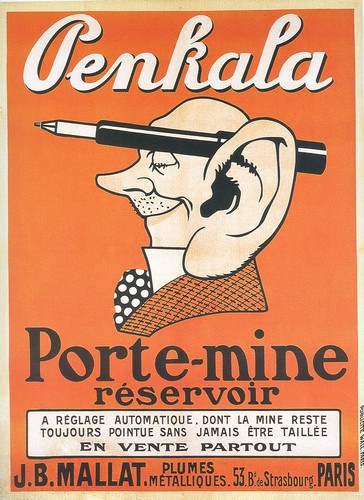 An advertisment of Croatian brand in Paris, France 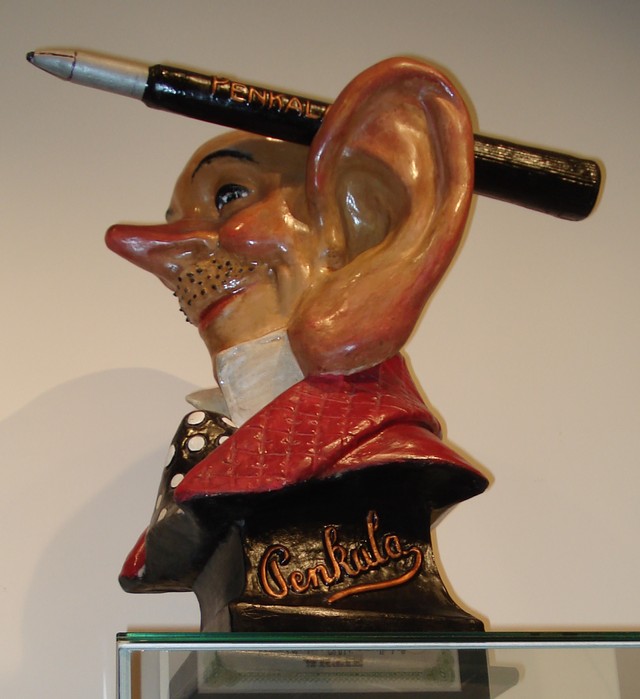 A comic statue of Penkala exhibited in the City Museum of Zagreb. 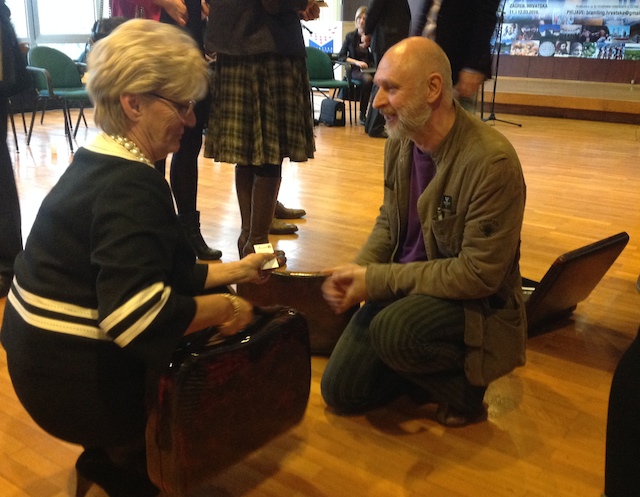 Robert Schenk on the right, showing his newest collection of carbon made bags
to Mrs Branka Æubeliæ of the Dremtime Events Croatia.
PLITVICE LAKES AS CROATIAN BRAND 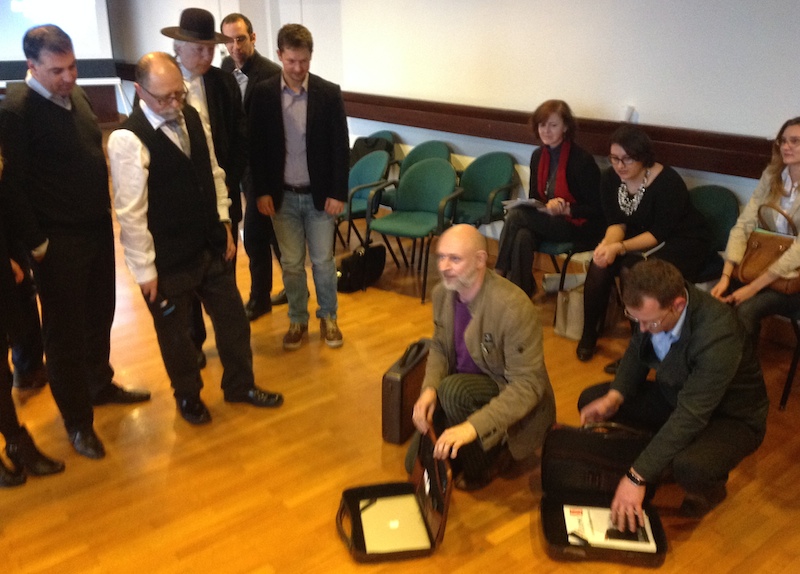 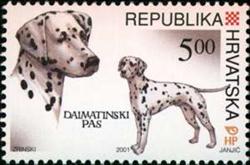 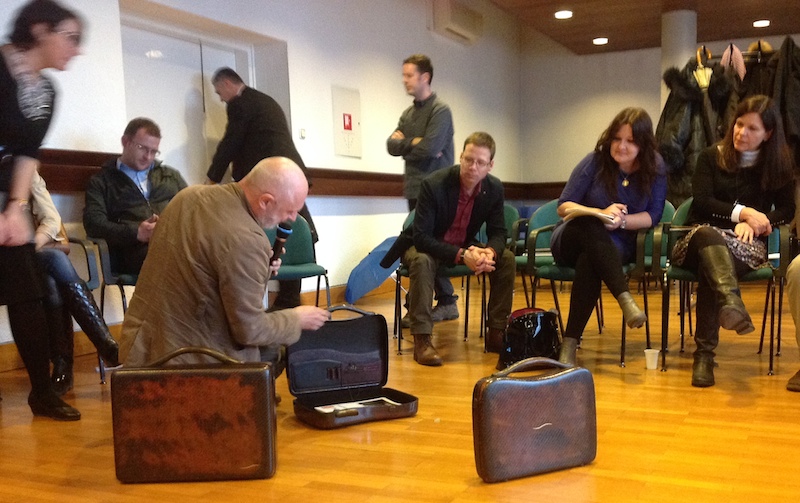 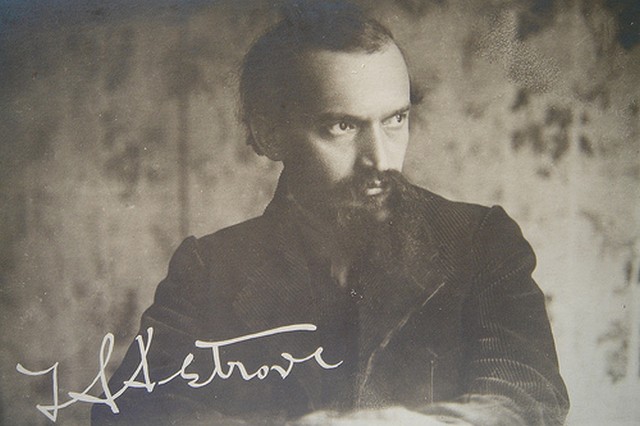 One of two Chicago Indians by Ivan Međtroviæ. They have been carved in Croatia's capital Zagreb. 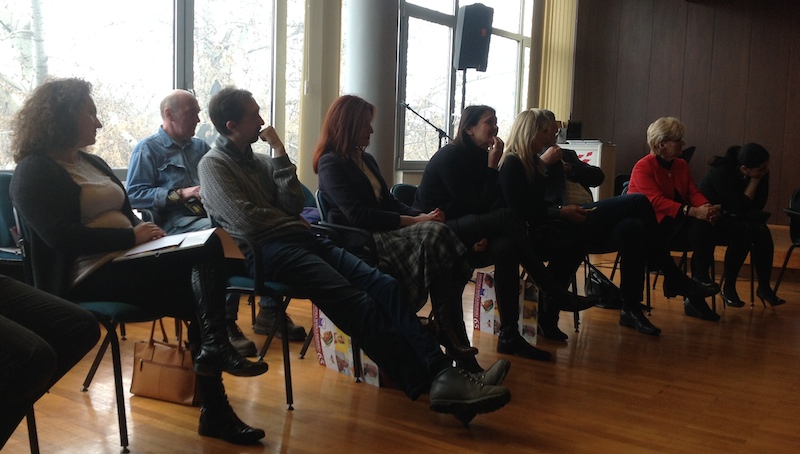 On the left Tanja Pilipoviæ, next to her Marko Sever

PROFESSOR BALTHAZAR AS CROATIAN BRAND
very popular animated movie figure, especially among children.
It has been created by Zlatko Grgiæ of the Zagreb School of Animated Film in 1960s.

Baltazar fast food restaurant in the city of Rijeka, Croatia 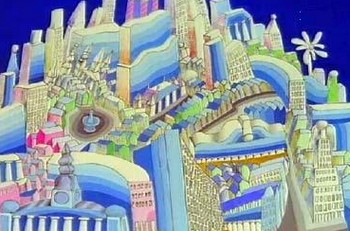 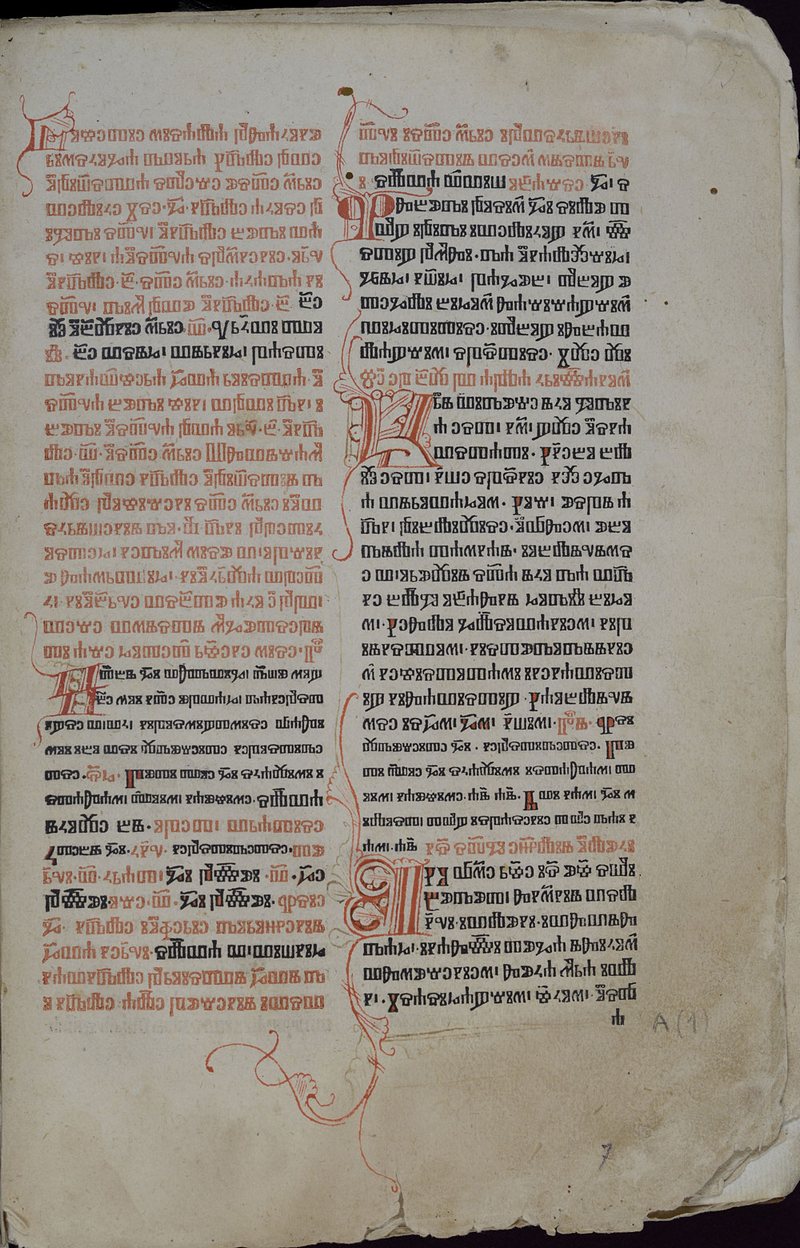 Croatian Glagolitic Heritage outside of Croatia 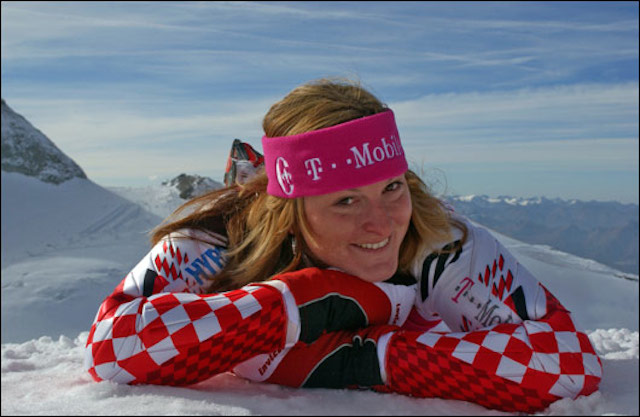 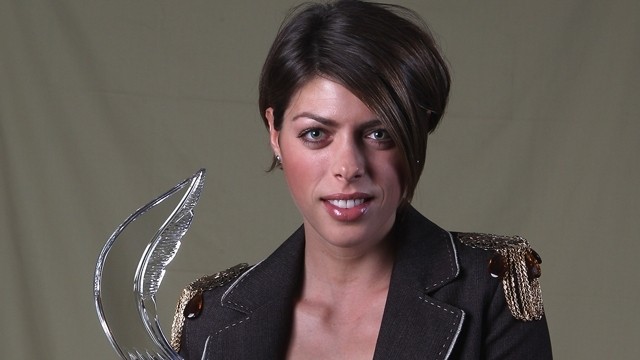 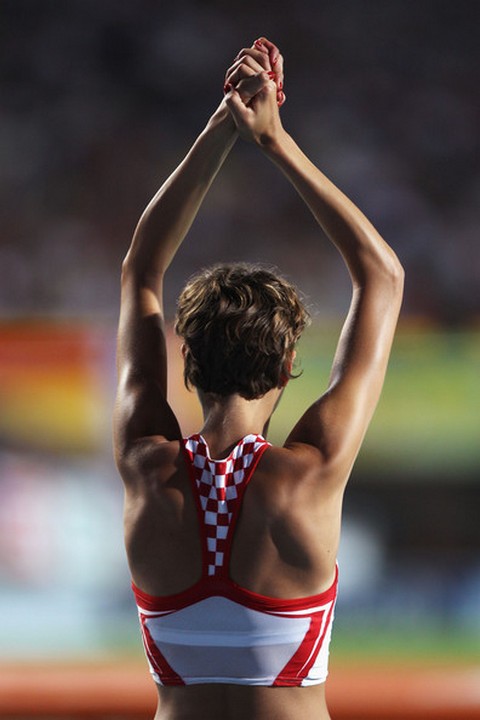 Formated for CROWN by Darko ŪubriniæDistributed by www.Croatia.org . This message is intended for Croatian Associations/Institutions and their Friends in Croatia and in the World. The opinions/articles expressed on this list do not reflect personal opinions of the moderator. If the reader of this message is not the intended recipient, please delete or destroy all copies of this communication and please, let us know!