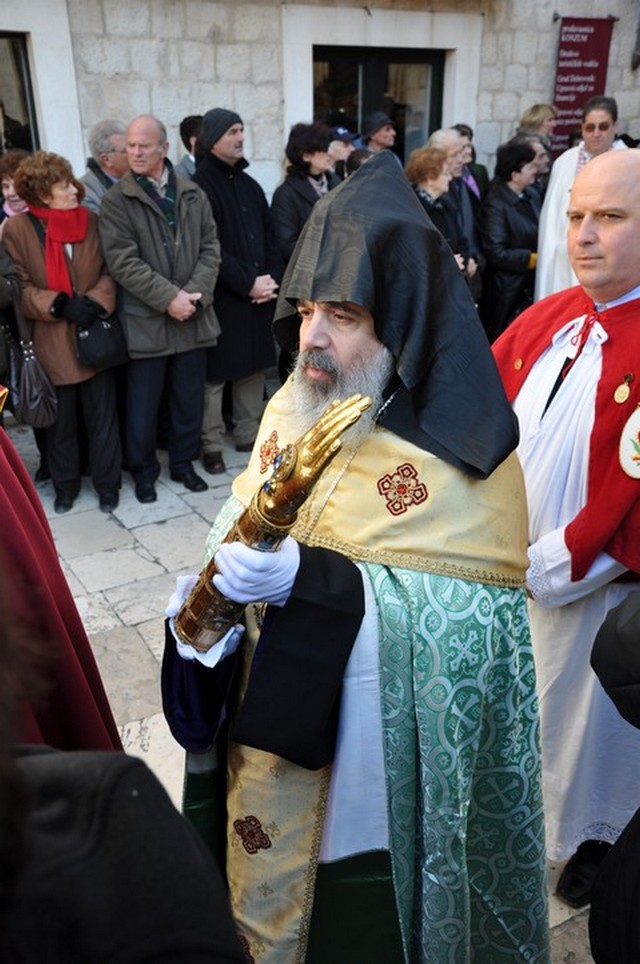 Armenian bishop Nareg Alemezian  in Dubrovnik in 2010 bearing golden hand with reliquiae of St. Vlaho, patron saint of the City.
The patron was born in Armenia:  St. Blais or St. Blasius, Armenian martyr from 3rd/4th centuries.
Dr. Vinicije B. Lupis, Croatian historian, is behind him. 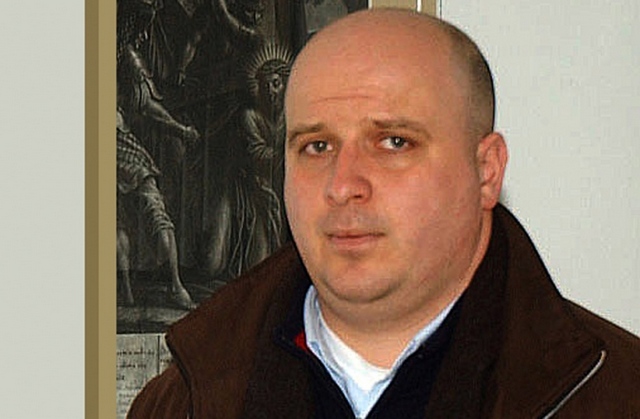 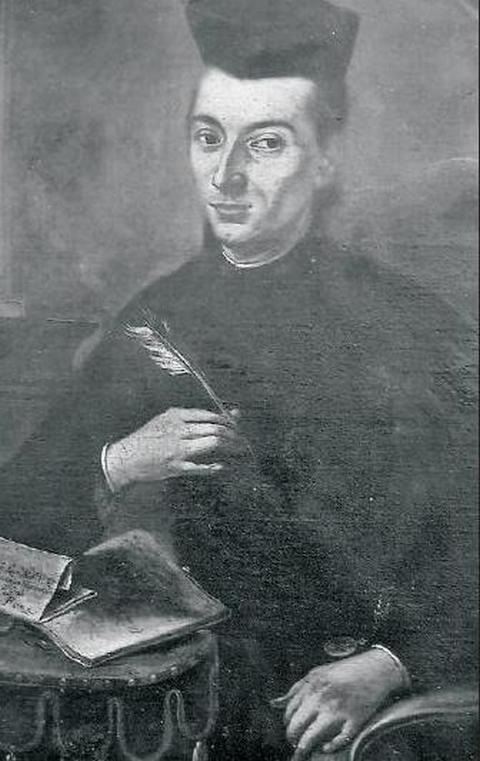 Josip Marinović, 1741 - 1801, author of the first history of Armenian people published in Europe.
Photo from hrcak.srce.hr. 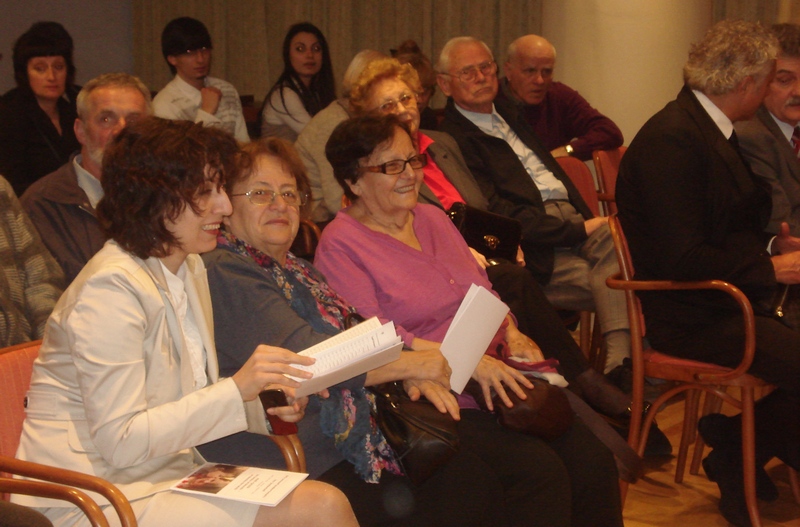 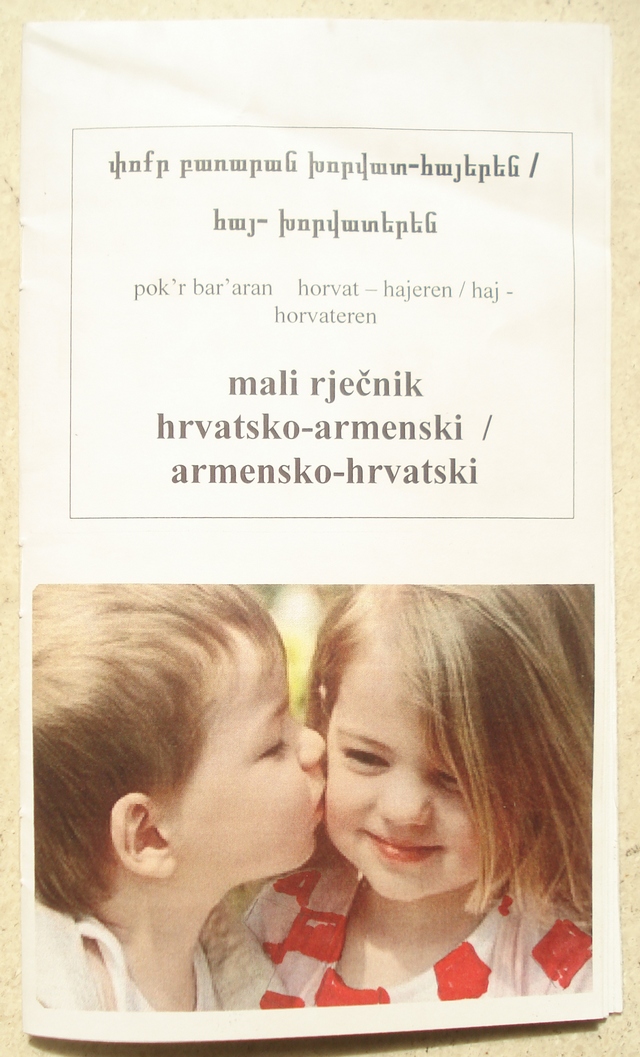 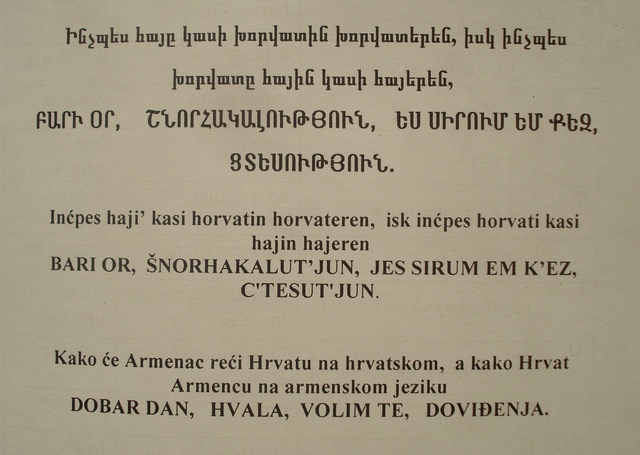 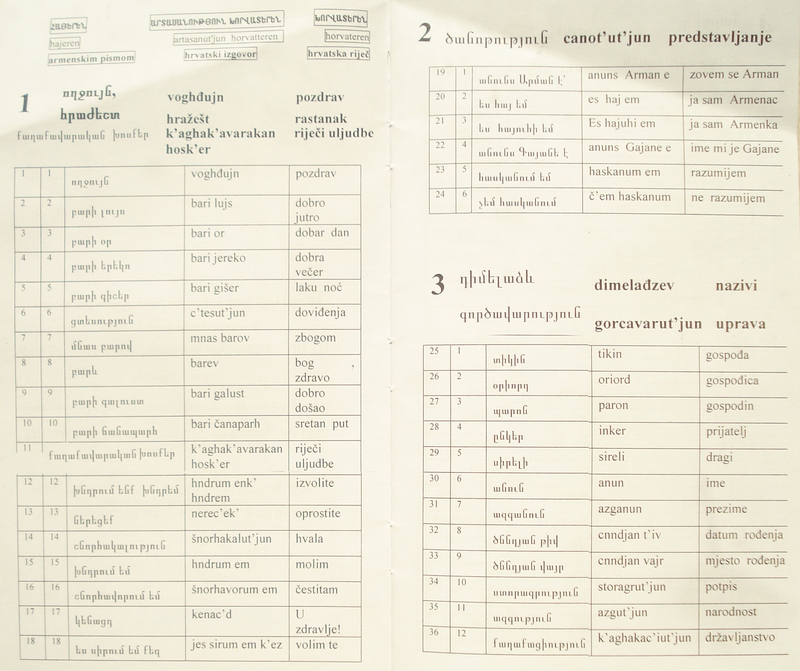 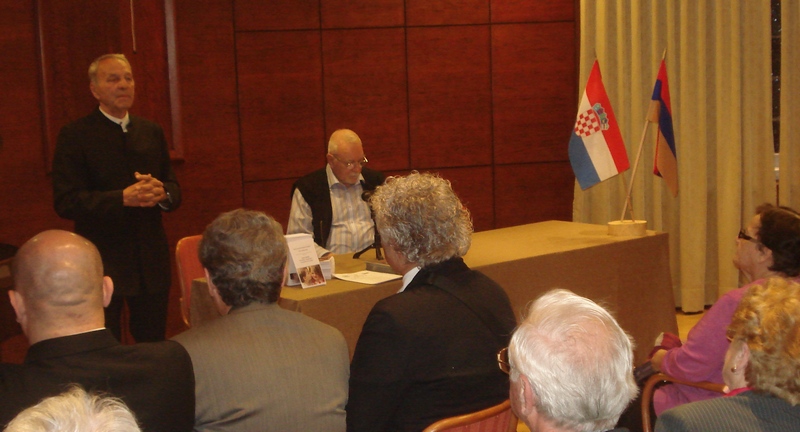 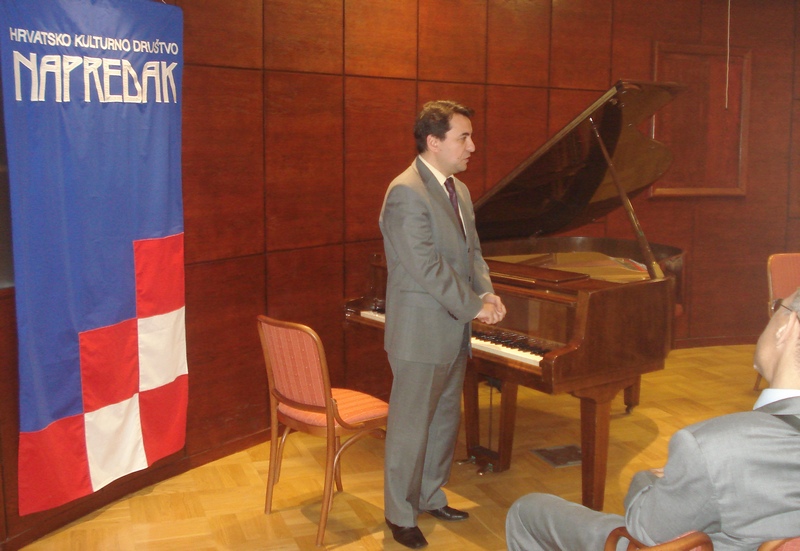 Maestro Ruben Dalibaltayan announcing his program of Croatian and Armenian composers to be played. His two children were born in Croatia.
The gathering took place in the hall of the Napredak (Advancement), cultural society of Croatians in Bosnia and Herzegovina.
On the left you can see the flag of the society. 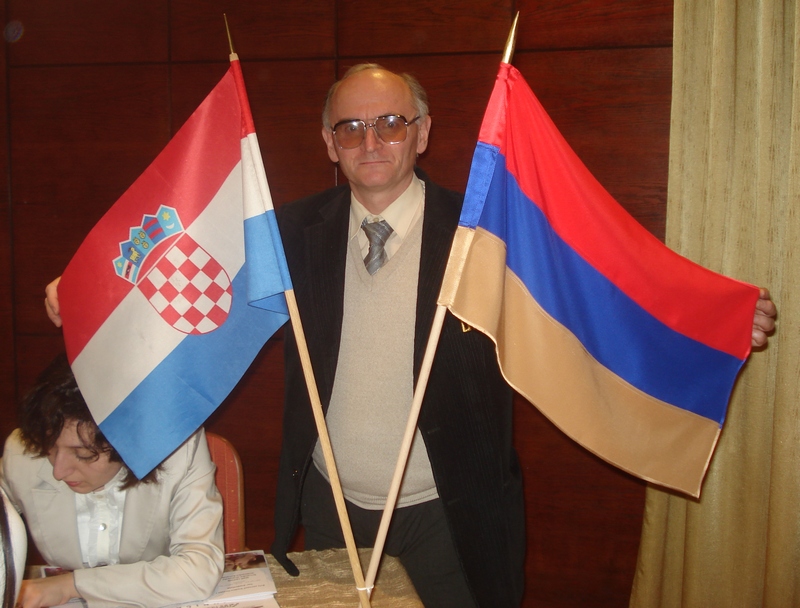