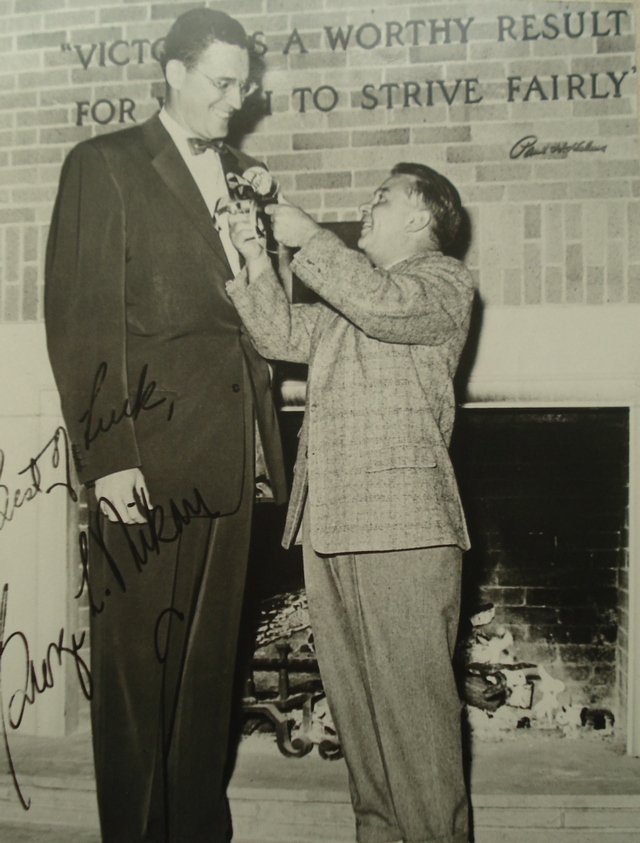 George Mikan (1924-2005) - known asĂ‚Â Gentle Giant. Look at his elegant suit, gentle smile, and his intellectual outlook with glasses.
One would say that he is a university professor, rather than a professional basketball player.
Bill Schroeder presents Helm Medallion noting Mikan's election into Helms athletic foundationĂ‚Â Hall of Fame.
Photo by Green & Tillisch, courtesy: First Interstate Bank Athletic Foundation - Sports Museum.
Many thanks to Mr.Ă‚Â Vladimir Novak, Croatia/USA, for the photo. 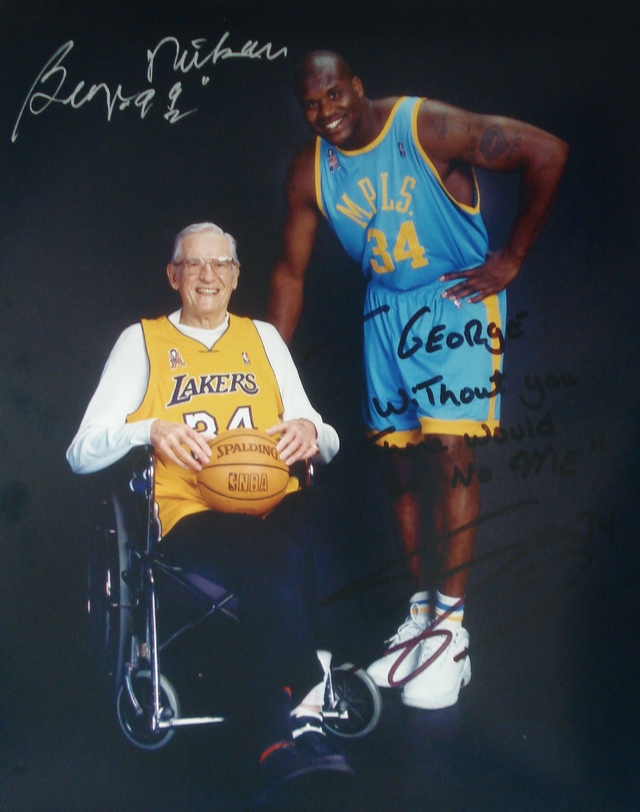 Two NBA giants: George Mikan with his glasses, and Shaquil O'Neal.
Shaquil wrote the following dedication:Ă‚Â To George, without you there would be no me.
I am obliged to Ms. Gina Mikan, George Mikan's grand-daugher, for briniging this very nice photo as a gift to Zagreb. 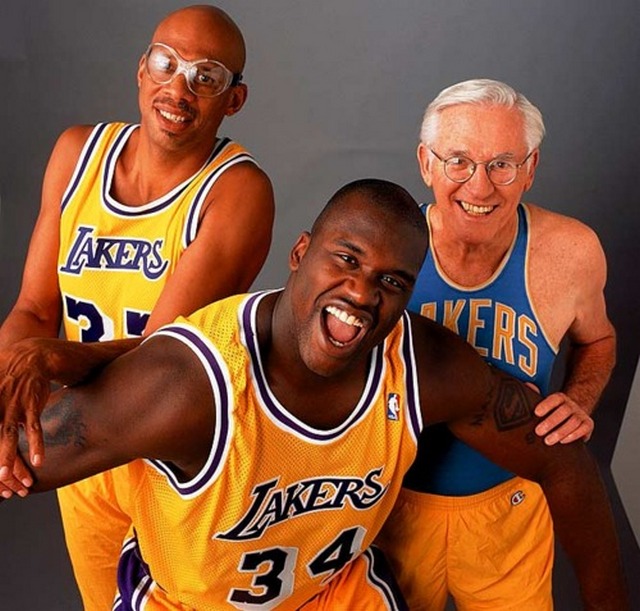 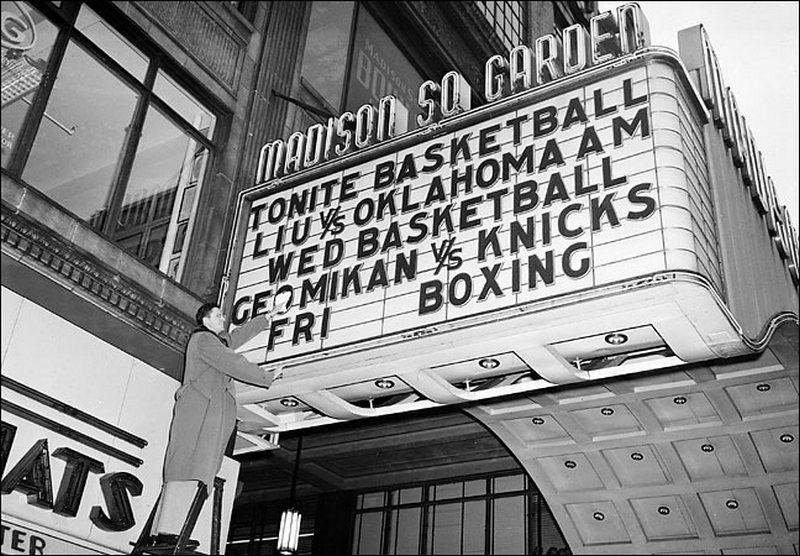 GEO. MIKAN VS KNICKS, announcement of the basketball match in the Madison Square Garden.
George Mikan pointing to the announcement, on the ladders. 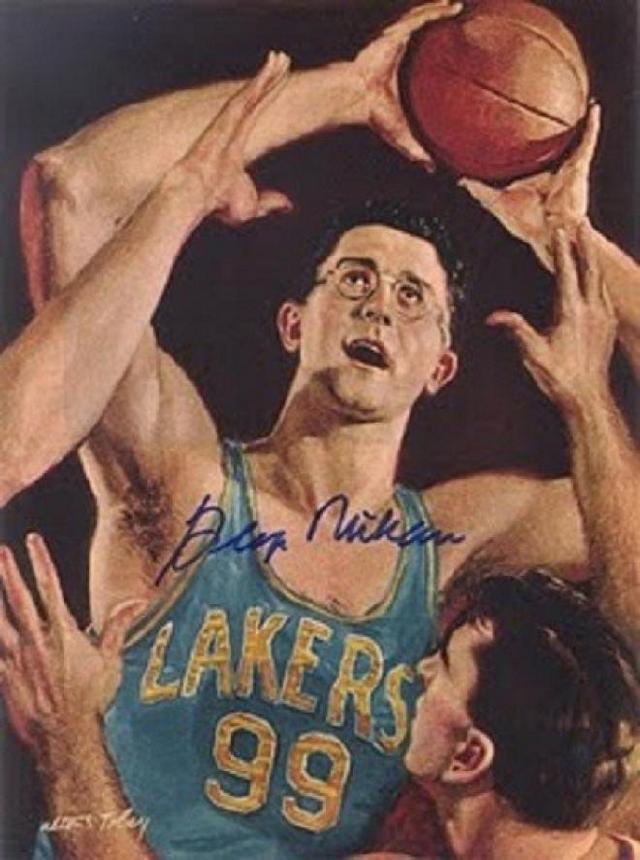 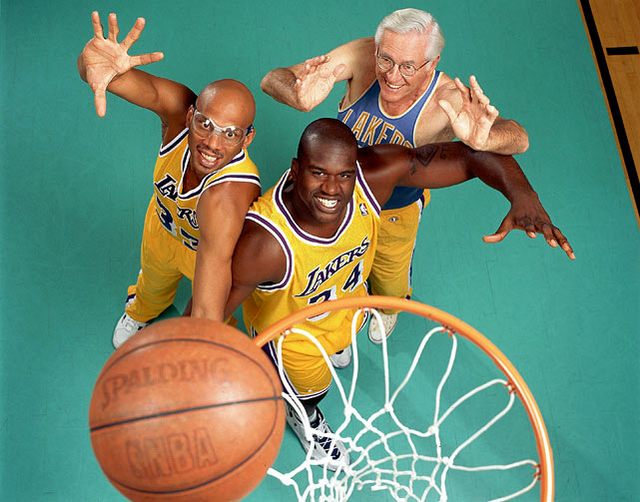