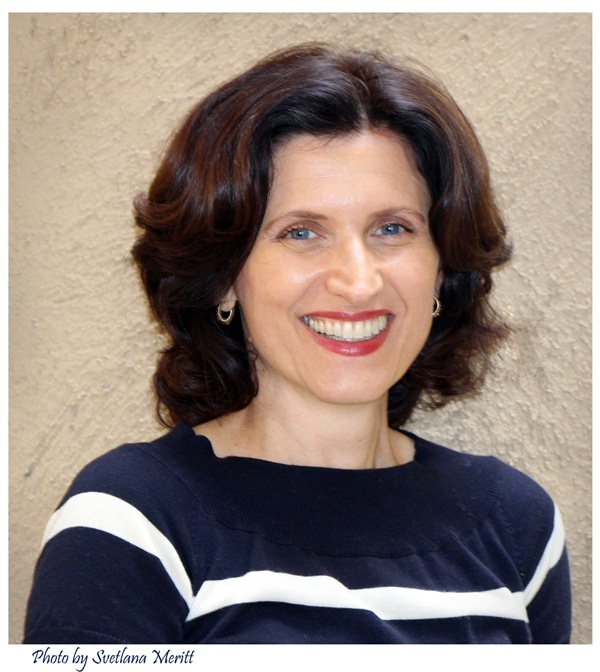 In the midst of the Croatian War of Independence, Ljiljana Coklin, today a lecturer in the Writing Department at UC Santa Barbara, was just a college student trying to complete her degree and escape chaos. Academically focused and driven, she finished her undergraduate education, and found immediate refuge in Canada. Today, she calls Santa Barbara her home. Her winding path to Santa Barbara brings up numerous unanswered questions of how she found her way here and where she’s headed. In her distinct Croatian accent, she opens up to answer these questions and tell her story.

First though, she paints a picture of her homeland growing up. With heart, she recalls memories of Croatia as “a beautiful place that offers a lot of variety: dramatic Adriatic coast, mountains, and plains. In many ways, it’s also a very uneven place where life and development happen in Zagreb (the capital) and on the coast during the tourist season.”

After exposing her roots, Coklin shares what influenced her most as a young girl in Croatia and created her world: going to the local cinema. She was one of those kids who would go by herself, “It was pretty much a Cinema Paradiso type of experience. In other words – magical.” Cinema Paradiso, an iconic movie where a mischievous, intelligent, six-year old finds a love for film and spends every free moment at the movie house, provides a perfect picture of the movie escape she experienced as a child. Seeing her first movie at the ripe age of four, she didn’t even make it past the opening MGM credits as the signature, roaring lion was enough to send her home in tears.

Returning to the movies a few years later, the theater provided a window into other worlds and posed questions she didn’t know how to answer, questions that pushed her to search for answers and explore the world. Her love of film continues to this day. At UCSB, she teaches Writing about Film and names Dangerous Liaisons and The Lives of Others, both historical dramas, as two of her favorite movies, movies she can watch over and over again.

While the beauty of Croatia graced her childhood, it was in college when she really saw her country struggle. As she finished her undergraduate studies in the capital of Zagreb, the Croatian War of Independence took off. Sand bags sat below taped windows and street cars ran so irregularly that students never knew if they were going to make their classes or not. Wartime chaos created an atmosphere of instability and insecurity. “Even though everyone strived to maintain an illusion of normalcy, regular studying was overshadowed by fears of a greater war and possible bombing, so staying focused on studies was very difficult,” she recalls. Blocked roads and disconnected phone lines made it impossible to reach family for support and guidance. Thankfully, Coklin was able to tutor English to support herself and finish college. With the surrounding destruction of war and college diploma in hand, the desire for stability and safety reeled her away from her war torn country.

Without a clear plan and only one acquaintance overseas, she took a leap of faith, and left for Canada. Although thousands of miles away from Croatia, distressing stories from family reached her like wildfire: stories of devastation, stories of friends she would never see again, and stories of her family’s displacement. Only time could heal the raw wounds left by the war.

In Canada, she enrolled in graduate school at the University of Western Ontario, which slowly took her life in a new direction. She pursued her Masters and PhD in English and immersed herself in her love for English. In the acknowledgements in her doctoral thesis she thanks her first English teacher, who deeply touched her and influenced her life’s path. “My deepest gratitude to Seka, my first and best English teacher and most intimate friend, for all her love and belief in me. My words of gratitude, in either English or Croatian, can never match the magic of my first English lesson and the world of difference she so unselfishly opened to me.”

After she finished graduate school in Canada, she received a postdoctoral grant from the Canadian government, which ultimately brought her to UCSB. After a year of postdoc, she realized that she wanted to stay in sunny Santa Barbara. So when a position opened in the Writing Program, she had to apply. She got the job and has taught at UCSB for the past twelve years. Today, her classes run the gamut from Writing about Film to Writing for Global Studies. In the classroom, Coklin’s demeanor is quietly controlled. Her expectations are high; she demands clarity and a certain style. Although she has the reputation for being a demanding teacher and a hard grader, one-on-one in her office, her easy smile, infectious laugh, and sparkling blue eyes invite students in and make her an approachable outlet for guidance and support.

At UCSB, her most recent research focuses on the topic of postmemory, a concept where the memories of traumatic events live on to mark the lives of those who were not there to experience them. For example, postmemory can exist in the children of Holocaust survivors. Her other research interests focus on issues of migrations, border crossing, gender and citizenship in a contemporary global society and culture. As an immigrant to the United States herself and a new U.S. citizen as of last summer, her research interests relate to her own personal story of migration.

Outside of her research and work, you can find her leading two book clubs. Just as she builds a curriculum for her classes, she carefully chooses books for her reading groups and facilitates discussion. Next month, one of her two groups will be picking up And Sons by David Gilbert for the monthly read. For fun, every Sunday she explores Santa Barbara and goes on a hike. Concert goer, classical music listener, world traveler, and foodie are a few other hats she wears. A couple Santa Barbara restaurants where you might bump into her include The Blue Tavern and The Lark.

For her, Santa Barbara provides an intimate, laid-back, small town setting. The town offers a good balance between an intellectual and cultural challenge, active lifestyle, and strong community. “It provides enough anonymity and yet at the same time, a lot of connectedness. It feels great to run into people I know in town or at the farmers market,” she says.

Today, she calls Santa Barbara home. “Croatia is a powerful and important memory I love to revisit, but home is here.” Currently, she lives with her partner, Brian, and her naughty, Himalayan cat, Bella. Bella enjoys playing in her tunnel and batting at the leaves that blow by the floor-to-ceiling glass windows. While Bella’s biggest job is batting at the leaves, Ljiljana Coklin plays the roles of lecturer, researcher, avid reader, and advisor, and uses her past to build her future.

Written by Julia Graham, a student at the University of California, Santa Barbara

Formatted for CROWN by   Marko Puljic
Distributed by www.Croatia.org This message is intended for Croatian Associations / Institutions and their Friends in Croatia and in the World. The opinions / articles expressed on this list do not reflect personal opinions of the moderator. If the reader of this message is not the intended recipient, please delete or destroy all copies of this communication and please, let us know! Or simply...enjoy and spread the word and good vibrations.