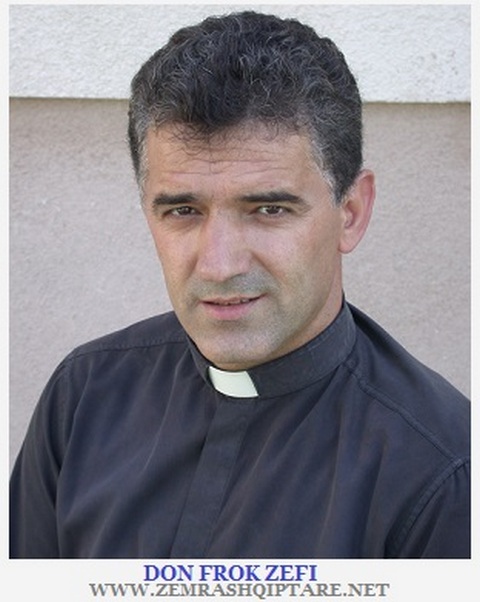 In 1997 late Jo¹ko Martinoviæ from the Croatian TV prepared the following amazing report about a small "priest"
having 3.5 years: Antonio Vranje¹, in the village of Brijest. Antonio has been been inspired by don Frok Zefi. 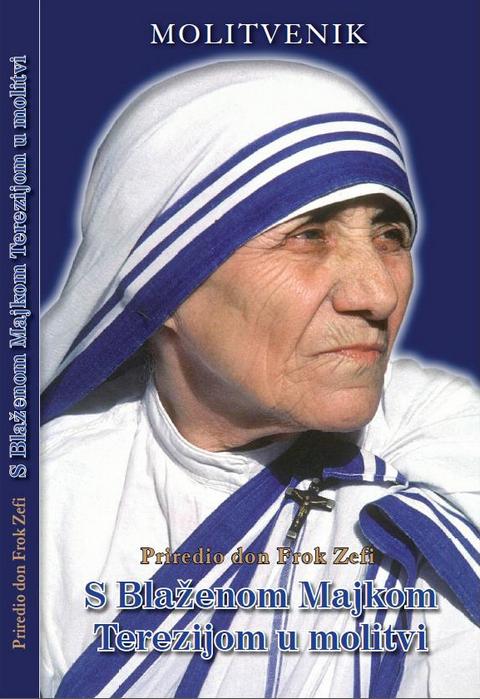 Mother Teresa was educated as a young girl by Croatian Jesuists.
In India she was in close contact with Ante Gabriæ, SJ, a legendary Croatian missionary in Bengal, India. 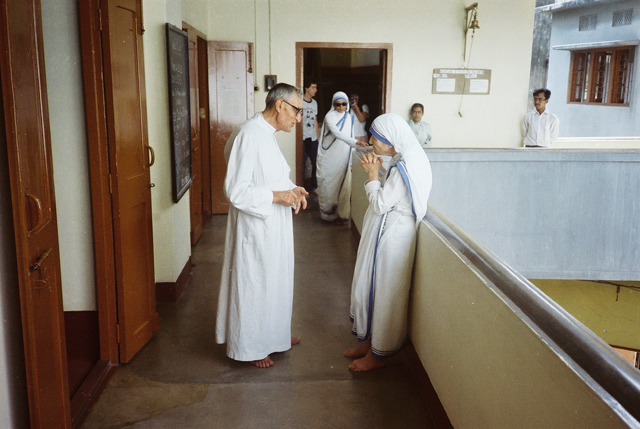 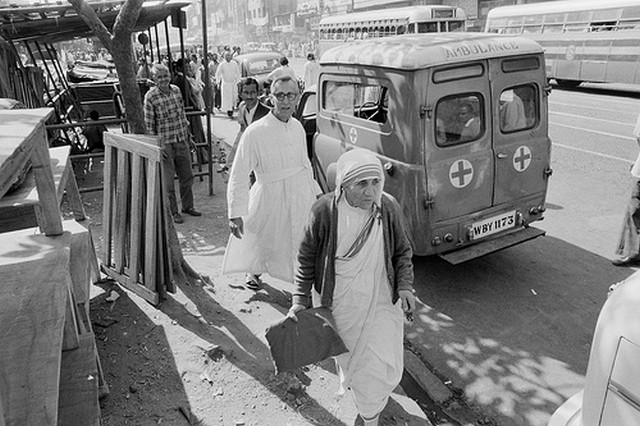 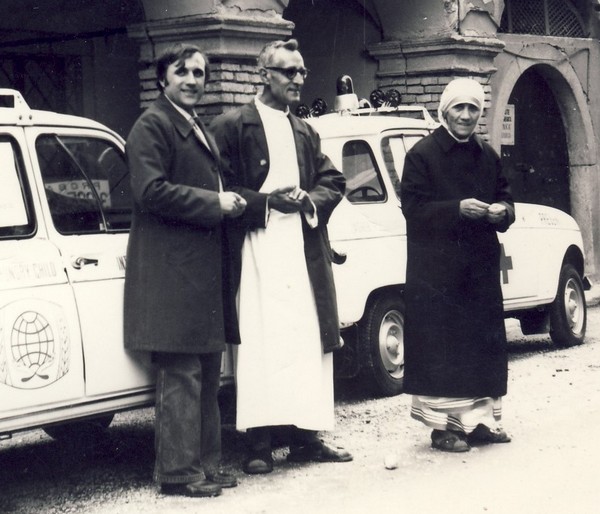 Mother Teresa in Zagreb in 1977 with Fr. Ante Gabriæ and Vladimir Paleèek. Many thanks to Snje¾ana Bo¾iæ for the photo. 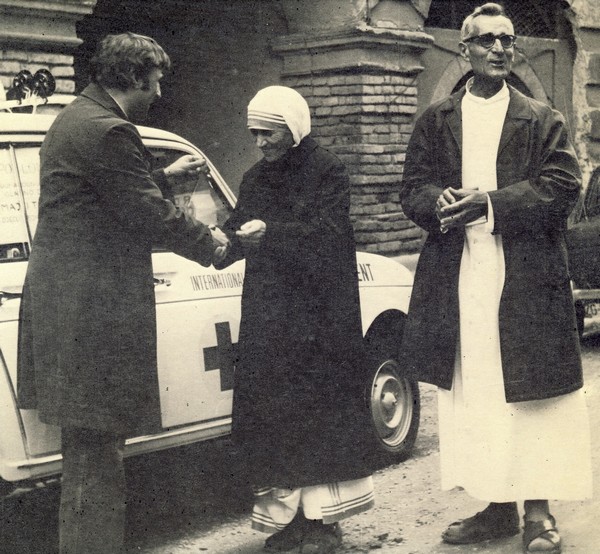 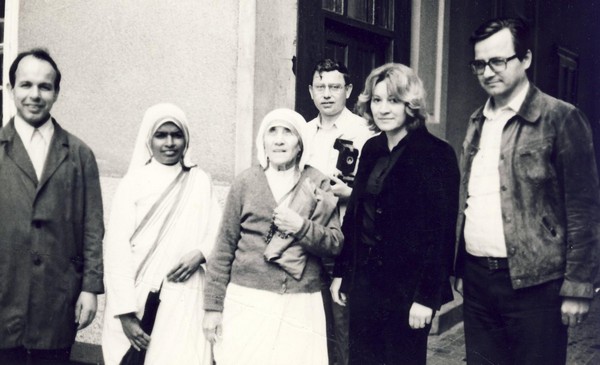 Mother Teresa in Zagreb in the court of Basilica of Sacred Heart of Jesus, Palmotiæeva 31, around 1980.
Many thanks to Br. Ivo Domazet (on the photo on the left). 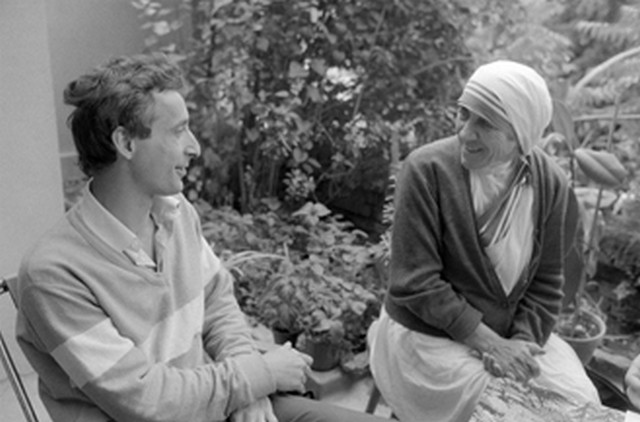 Zvonimir Atletiæ in a friendly chat with Mother Teresa in 1970s in India. 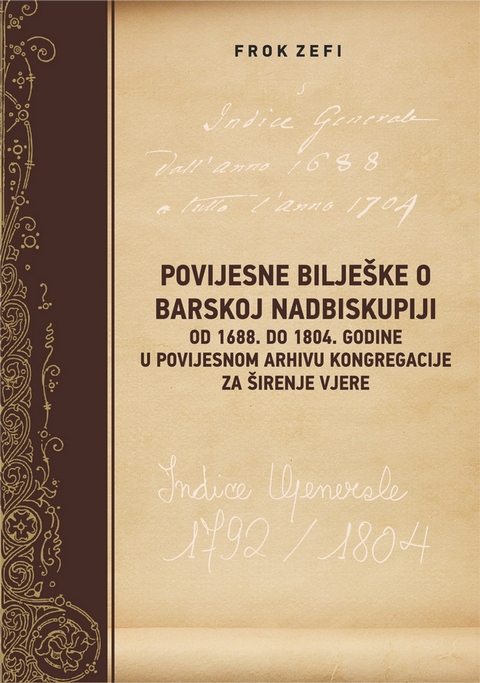 The Community is copublisher of some of Don Zefi's monographs. 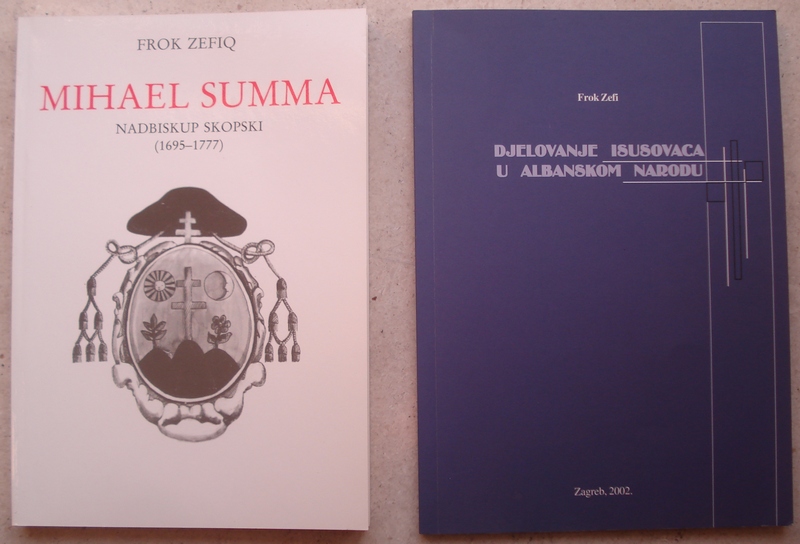 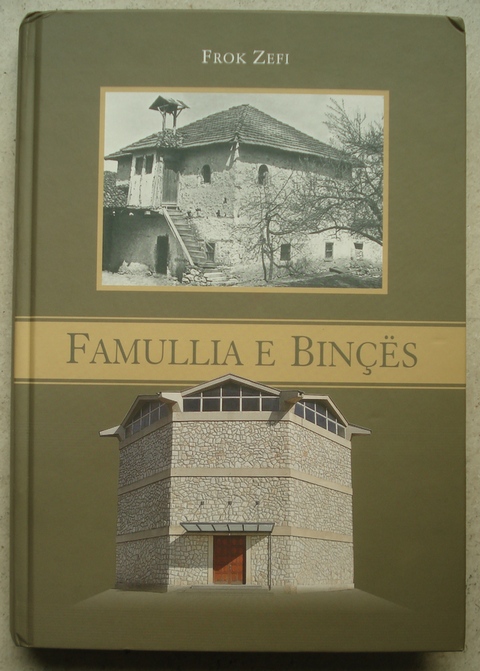 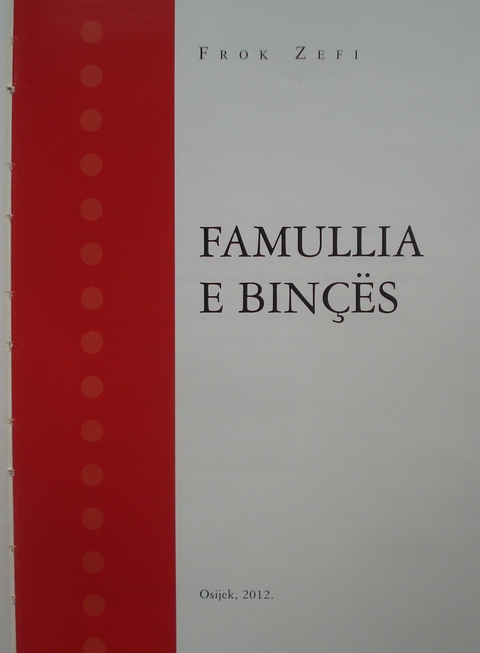 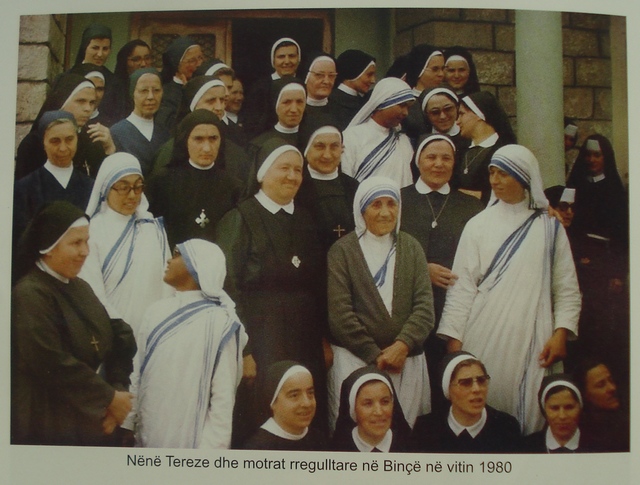 Mother Teresa in Binche in 1980, in the birthplace of don Frok Zefi.
Photo from the above monograph. 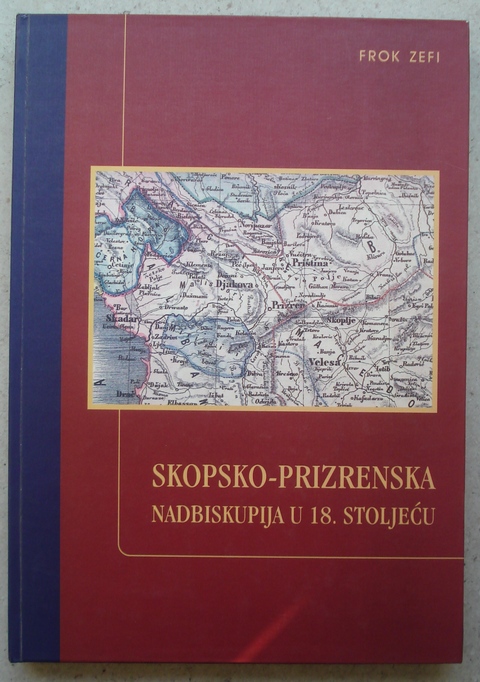 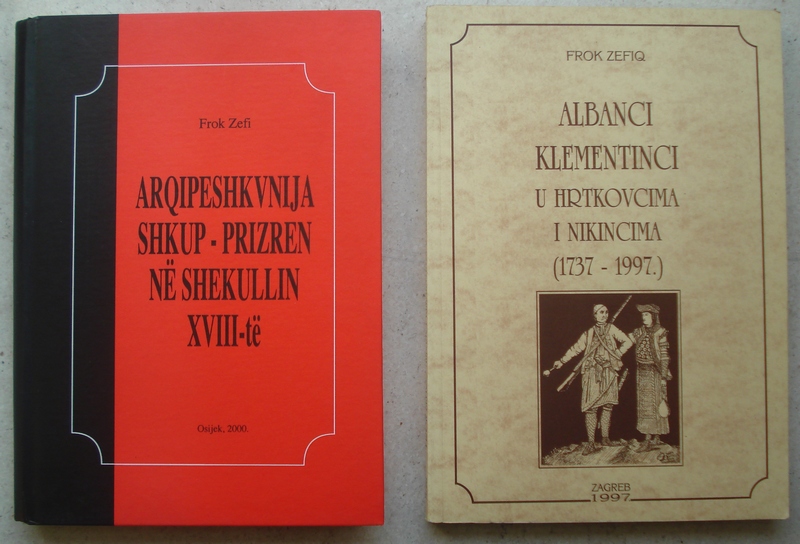 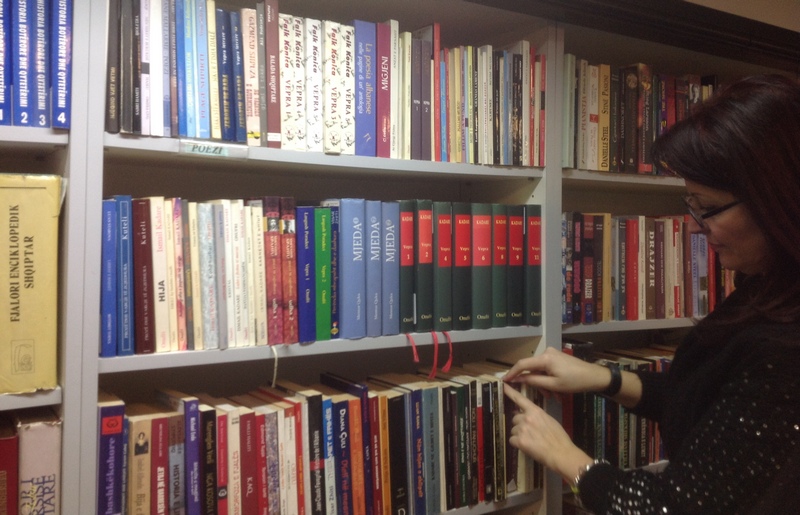 "Albanian Corner" in the Public library Bogdan Ogrizoviæ in Zagreb. The corner is directed by Mrs. Dorotea Kerni 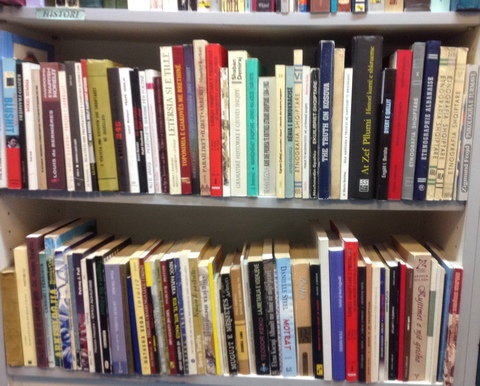 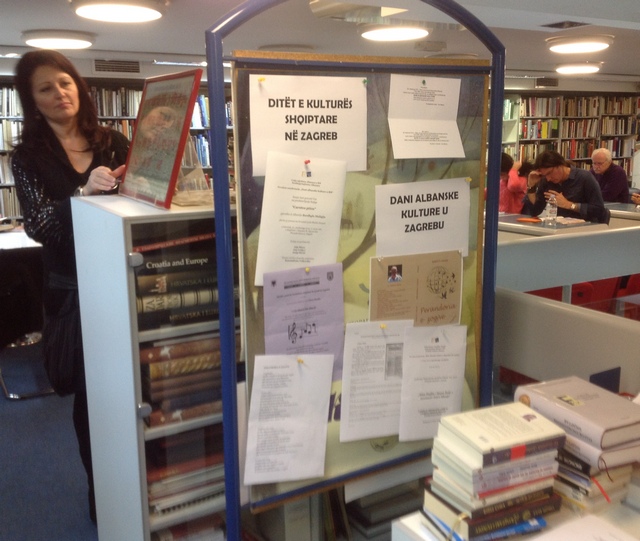 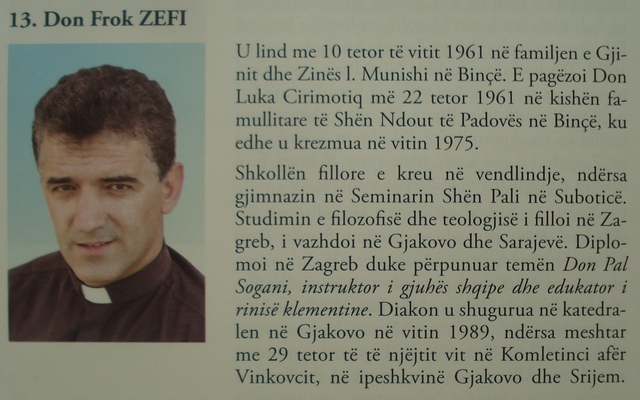 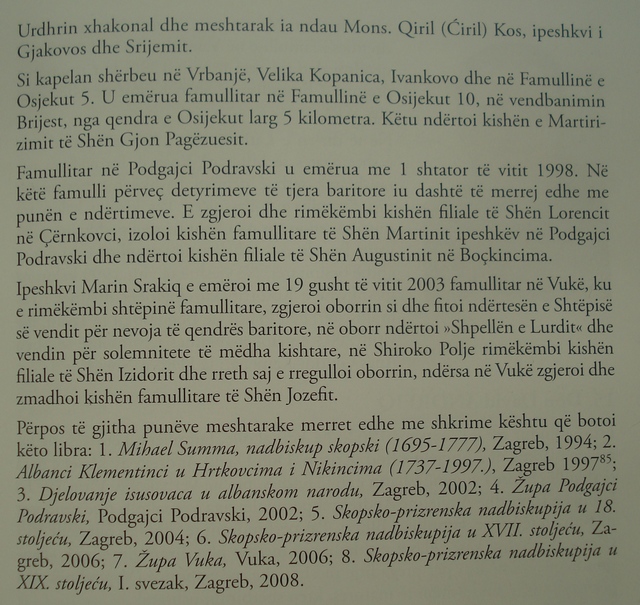 Many thanks to Ms. Snje¾ana Bo¾iæ, Zagreb, for kind help in preparing this article.