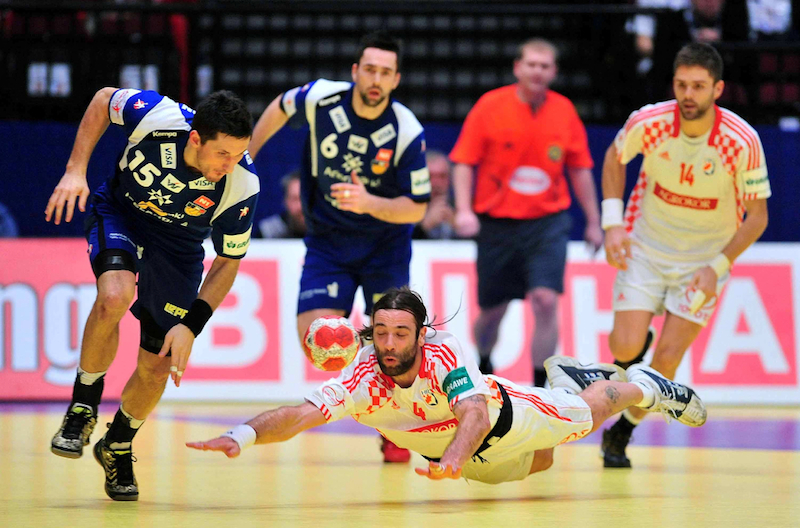 Flying Balic: Croatian victory in the 2010 IHF World HandballPhoto of the Year award

He was twice awarded World Handball Player of the Year, he was elected “Best handball player ever” by the users of the IHF website www.ihf.info – and now the Croat Ivano Balic is in the focus of the 2010 IHF World Handball Photo of the Year competition.

The Croatian photographer Antonio Bronic found the exact right part of a second to take his picture of Ivano Balic flying through the air and unsuccessfully trying to catch a ball against Alexander Petterson. The picture was taken on 26 January in the main round of the Men’s European Championship in Austria during the match Croatia – Iceland which ended 26:26. Both teams later on qualified for the semifinals and took medals: Croatia was awarded the silver and Iceland the bronze medal.

The photographer Antonio Bronic will now receive 5,000 Swiss Francs for the IHF World Handball Photo of the Year 2010, chosen by a group of experts and the IHF Executive Committee. Congratulations to Croatia!


Formatted for CROWN by Ý Marko PuljiÊ
Distributed by www.Croatia.orgÝThis message is intended for Croatian Associations / Institutions and their Friends in Croatia and in the World. The opinions / articles expressed on this list do not reflect personal opinions of the moderator. If the reader of this message is not the intended recipient, please delete or destroy all copies of this communication and please, let us know! Or simply...enjoy and spread the word and good vibrations.