CROWN - Croatian World Network - http://www.croatia.org/crown
Efforts to build the Church of Croatian Martyrs in Udbina
http://www.croatia.org/crown/articles/9260/1/Efforts-to-build-the-Church-of-Croatian-Martyrs-in-Udbina.html
Prof.Dr. Darko Zubrinic
By Prof.Dr. Darko Zubrinic
Published on 09/15/2007
The Krbava Battle, September 9th, 1493.
The tragic Krbava battle with the Turks in 1493. has been taken as a symbol of Croatian Martyrdom throughout its very long history. The Church of Croatian Martyrs has the goal to maintain remembrances to numerous known and uknown victims of historical misfortunes. 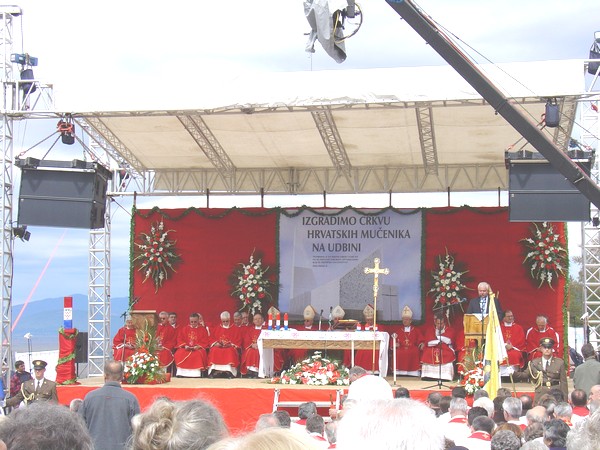 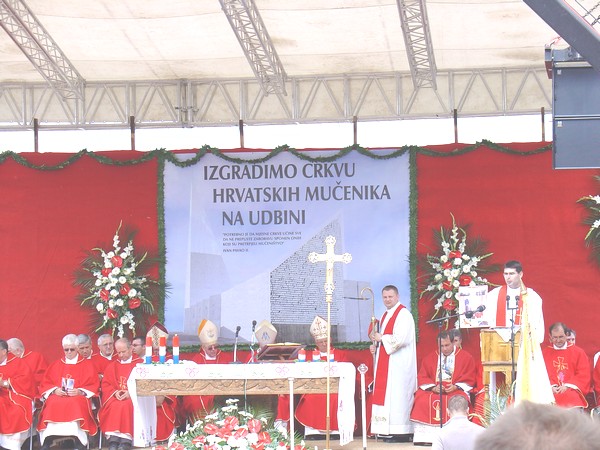 Let us build the Church of Croatian Martyrs in Udbina.
The project has been initiated by bishop Dr. Mile Bogović, bishop of Gospić-Senj.
Sermon of Dr. Mile Bogović in 2003 on the Krbava field (in Croatian). 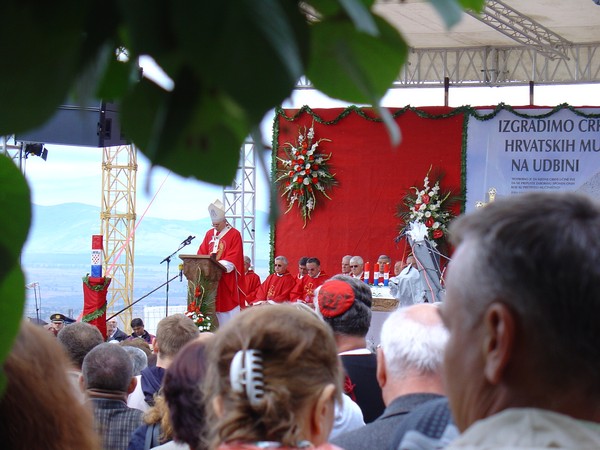 Dr. Ivan Devčić, Archbishop of Rijeka, and a breathtaking view to the famous Krbava field on the left. 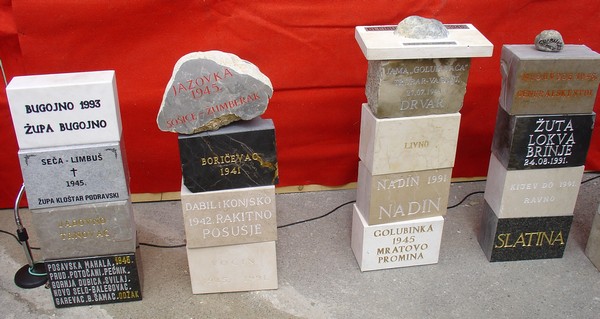 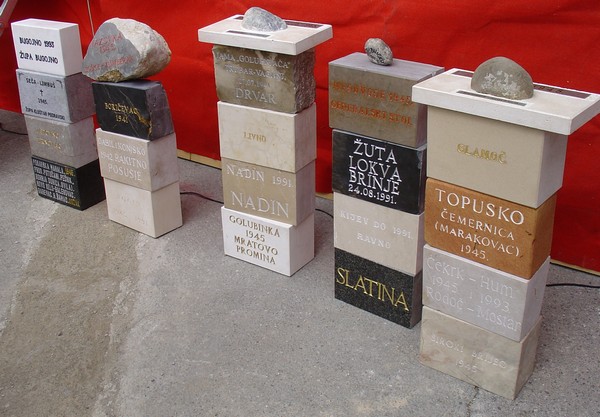 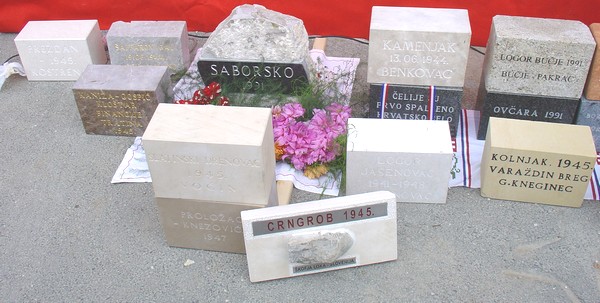 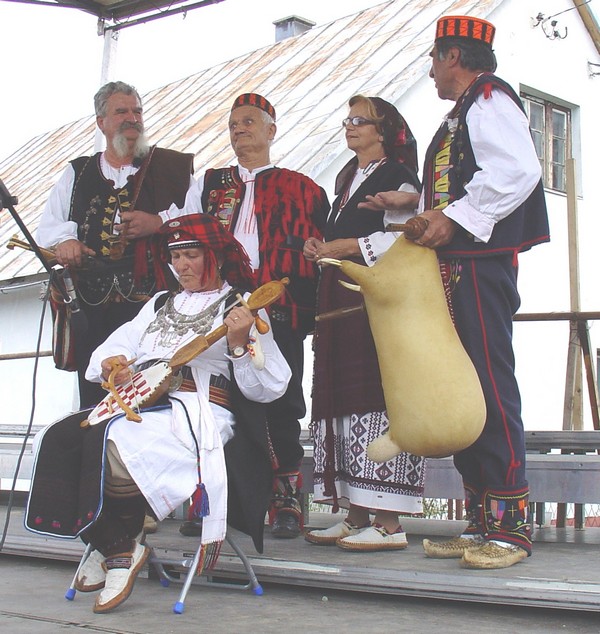 The accompaning cultural program included the famous gusla players from Duvno, BiH,
in Croatian national costumes.
Note the Croatian Coat of Arms on the body of gusla, and on a small shoe woven for children. 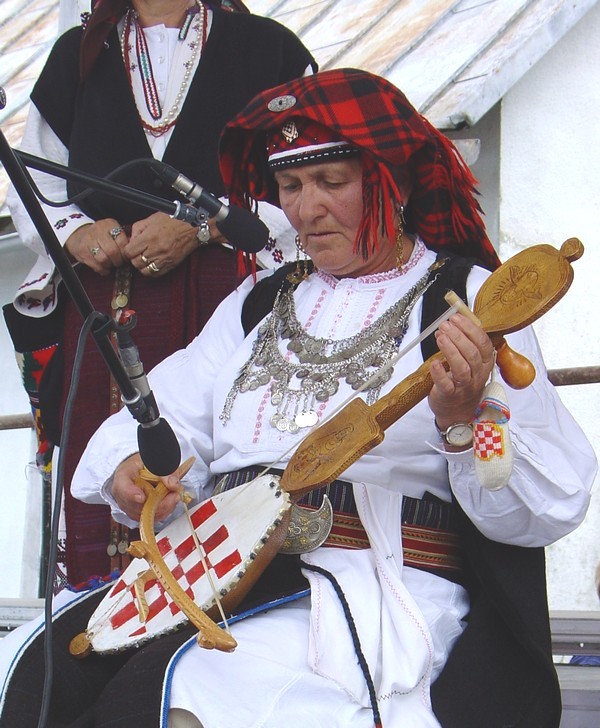 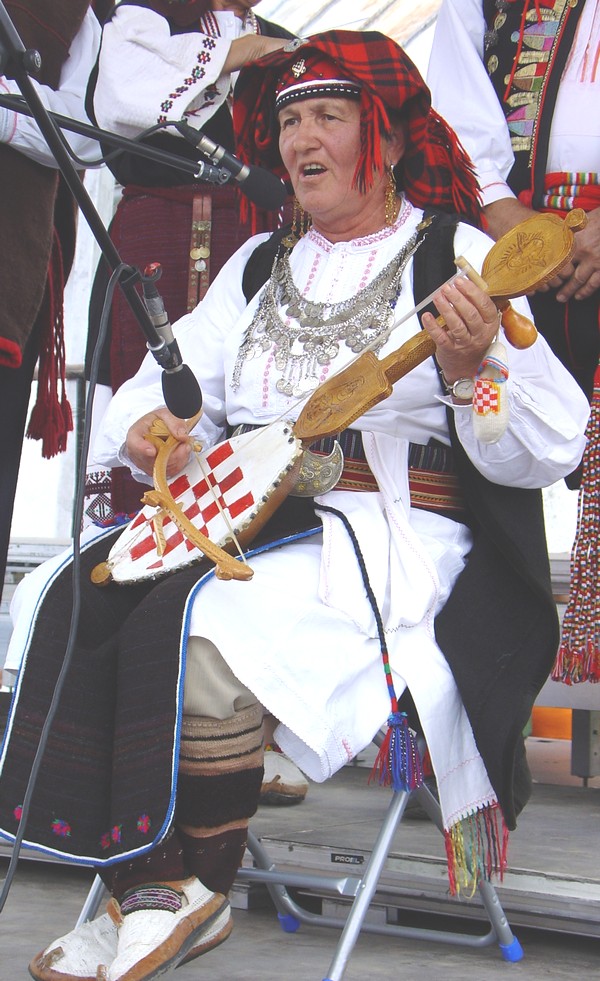 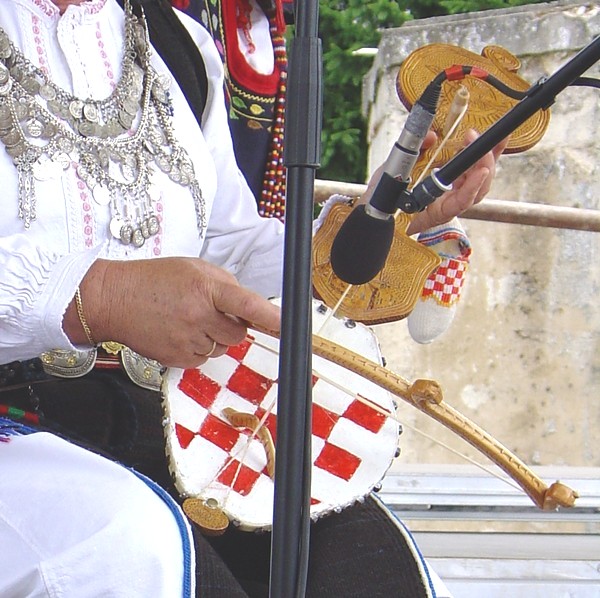 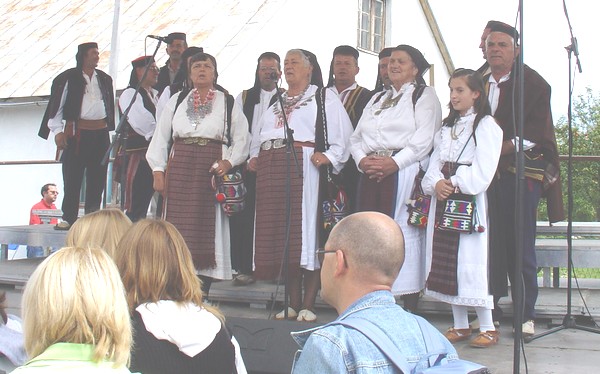 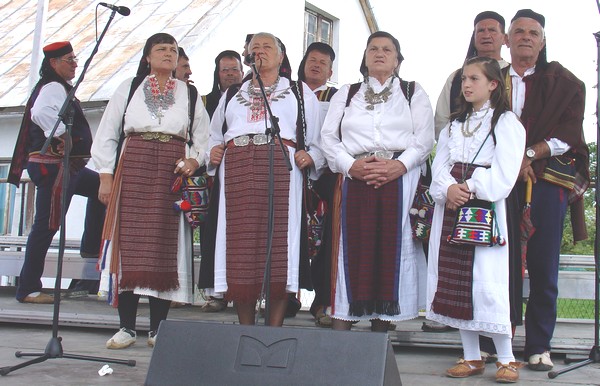 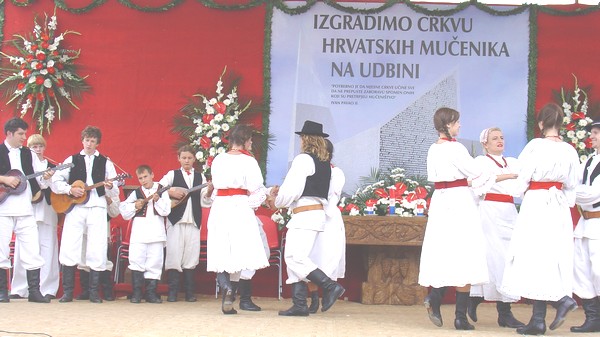 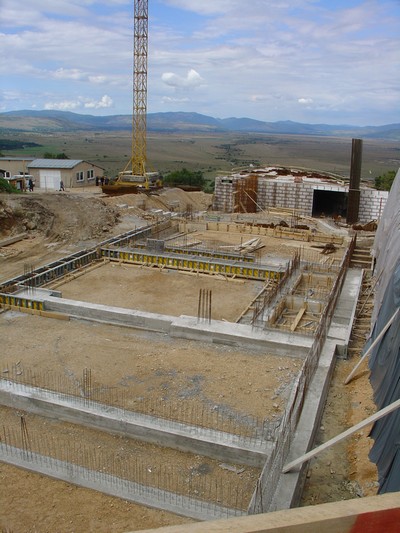 The Church of Croatian Martyrs in 2007; behind is a view to the Krbava field. 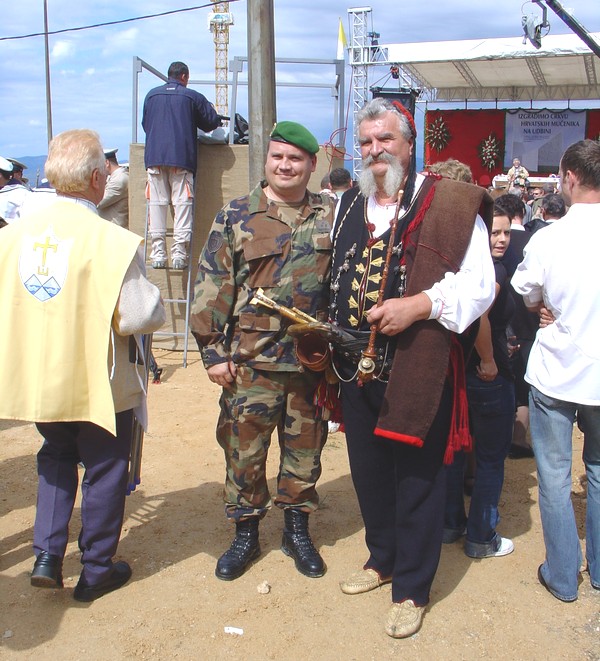 Croatian soldier and a man from Duvno, BiH, with traditional suit. Note his small red cap. 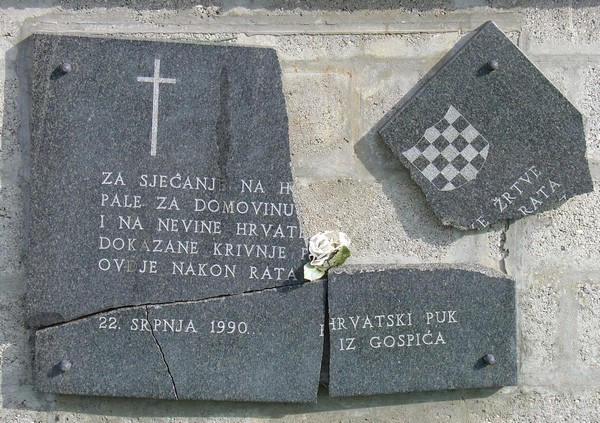 The monument dedicated to innocent Croatian victims killed near the Gospic cemetary immedately after the WWII "ended".
The monument has been damaged during the Serbian aggression on Croatia in 1990s. 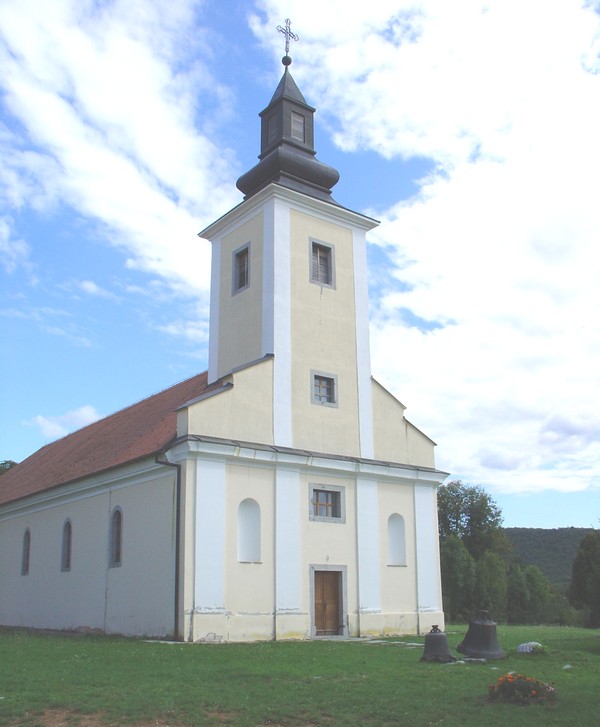 The village of Lovinac in Lika, one of the symbols of Croatian past tragedies.
A renewed Church of St. Mihovil, built in 1704,  renewd in 1989, has been totally destroyed in 1991 during the Serbian aggression on Croatia.
The church has been renewed again from various sources, including donations by Ivica Zdunic from Toronto, Canada, and by Đurđa Hrgetić from Venezuela. The church has been blessed in 199 by Dr. Antun Tamarut, the Rijeka Archbishop. 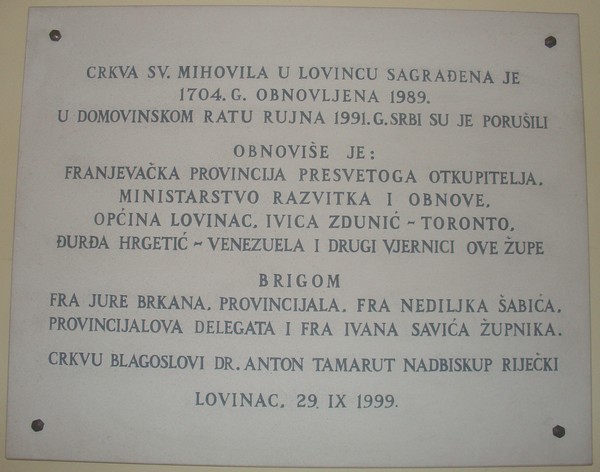 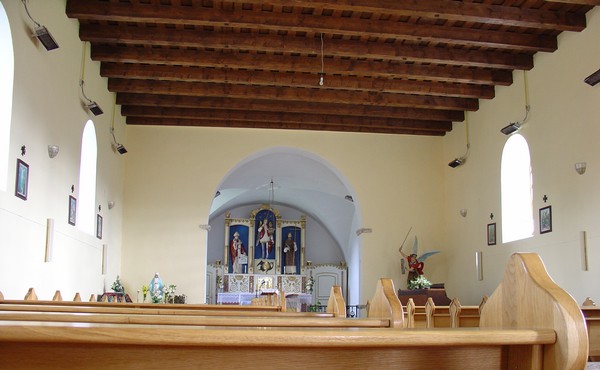 Interior of the renewd church in Lovinac. 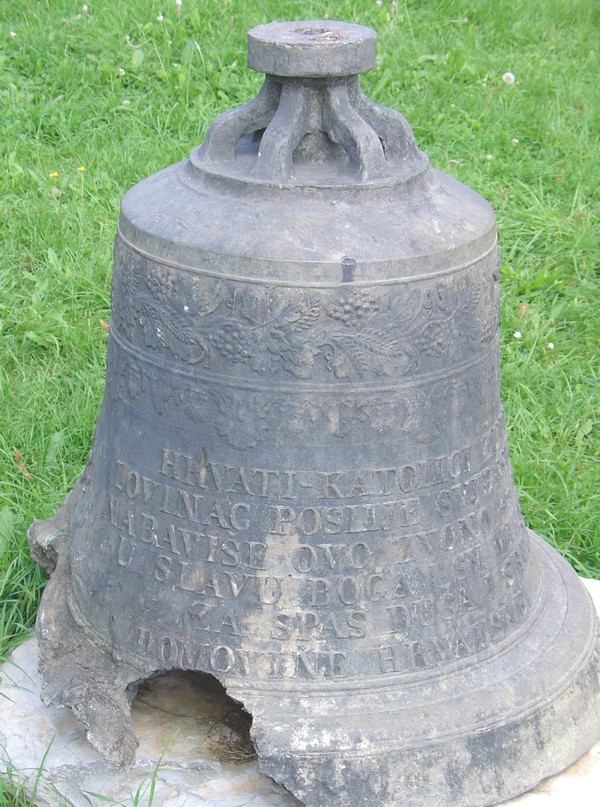 Two bells, damaged during the Serbian aggression in 1991, are exhibited in front of the renewed church. Croatian Catholics dedicated this bell to God, for saving their souls, and to their Croatian Homeland. 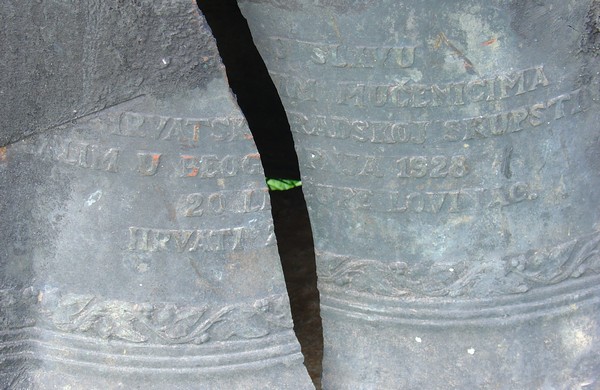 The second damaged bell, dedicated to a famous Croatian intellectual and martyr - Stjepan Radić, killed in 1928 in the ex-Yugoslav Parliament in Belgrade. 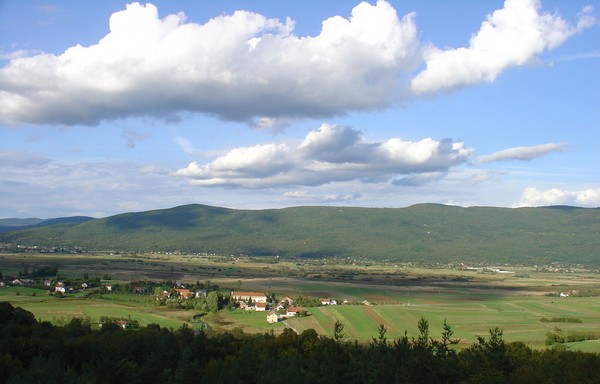 The valley of the Gacka (Gatska) river, a jewel of Lika. 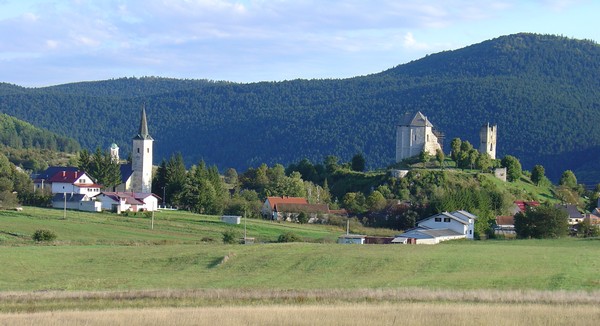 The town of Brinje in Lika, the Middle Age Frankapan fortress on the right.
Formated for CROWN by prof.dr. Darko ®ubrinić Distributed by www.Croatia.org . This message is intended for Croatian Associations/Institutions and their Friends in Croatia and in the World. The opinions/articles expressed on this list do not reflect personal opinions of the moderator. If the reader of this message is not the intended recipient, please delete or destroy all copies of this communication and please, let us know!