CROWN - Croatian World Network - http://www.croatia.org/crown
Iulius Clouius Croatus and a mistake of the Kunsthistorisches Museum in Vienna and of the Europeana in the Hague
http://www.croatia.org/crown/articles/10364/1/Iulius-Clouius-Croatus-and-a-mistake-of-the-Kunsthistorisches-Museum-in-Vienna-and-of-the-Europeana-in-the-Hague.html
Darko ®ubrinić
By Darko ®ubrinić
Published on 02/4/2013
A mistake related to the 1528 Julije Klovic's self-portrait: "Croatus" omitted from his name 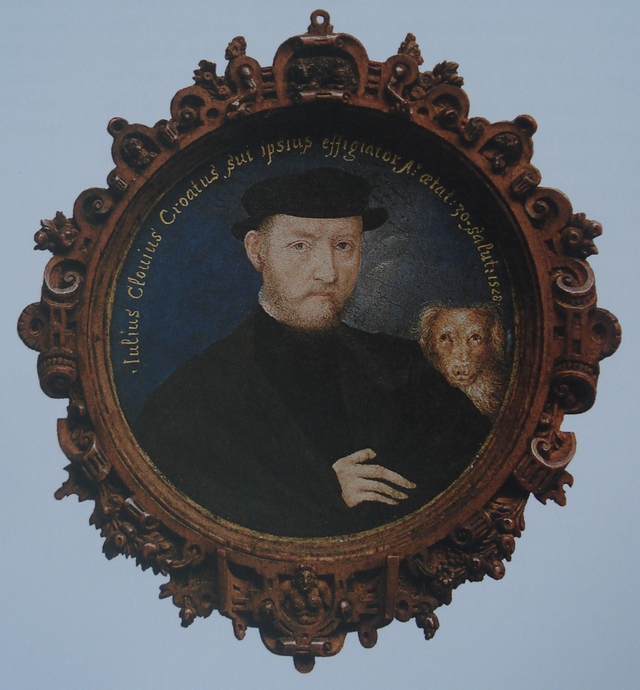 Selfportrait of young Julije Klović from 1528, kept in the Kunsthistorisches Museum in Vienna.
Text arround the upper border:

With sadness we have to point to the following mistake made by the Kunshistoriches Museum in Vienna:

i.e., Croatus has been omitted on the web page of the Kunsthistorisches Museum. E-mail of the museum: info@khm.at
The same mistake can be seen on europeana.eu, referring to Kunshitorisches Museum as the data provider (e-mail of Eropeana is info@europeana.eu):

Noticed on 21 Jan. 2013, see JPG_kunsthistorishecs_museum, JPG_europeana.eu
The mistake at Kunsthistorisches Museum has been corrected in March 2014,
but at europeana.eu it is still not corrected (as of April 2014).
Kunsthistorisches Museum in Vienna keeps an early self-portrait of Julije Klović, a famous Croatian Renaissance miniature painter, that is, of Iulius Clouius Croatus 1498-1578, as can be clearly seen in a short description on the upper border of the self-portrait (follow the link in the title to see it). Citing this description in the accompaning web page of this institution, the name of "Croatus" has been omitted. The same mistake can be seen on the Europeana web page http://pro.europeana.eu/. We are asking for explanation and the correction.


Julije Klovic, or Don Giulio Clovio de Croatia (1498-1578), is regarded as the last great representative of the classical European miniature. His works decorate many famous galleries: Uffizi in Florence, Museo di Capodimonte in Naples, Biblioteca Marciana in Venice, Galleria Sabanda in Torino, Bibliothek der Albertina in Vienna, Louvre in Paris, Towneley Public Library and Pierpont Morgan Library in New York (which is in possession of "Officium Virginis", 228 pages, his most famous and the best masterpiece, containing 30 valuable miniatures by his hand), the British Museum and Soane's Museum in London, Windsor Castle (Royal Library), Library of the John Rylands University in Manchester. His pupil was El Greco, who portrayed him in his work "Expelling merchants from the temple" (together with figures of Rafael, Michelangelo and Tizian, appearing on the bottom left of that work), now kept in The Minneapolis Institute of Arts (The Willam Hood Dunwoody Fund). 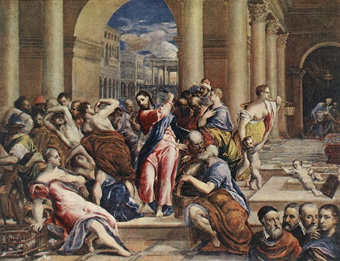 One of his close friends was Michelangelo Buonarotti.
Klovic's grave is situated near Michelangelo's Moses in the the church of S. Pietro in Vincoli, Rome, and bears an inscription Pictor de Croatia. 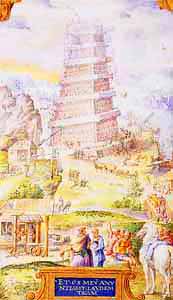 In Klović's The Annunciation in an ornamental broder (kept in The British Museum, London), he signed himself as "Do[n] Giulio Clovio coruato", that is, by clearly indicating his origin (coruato = Horvat = Croat): 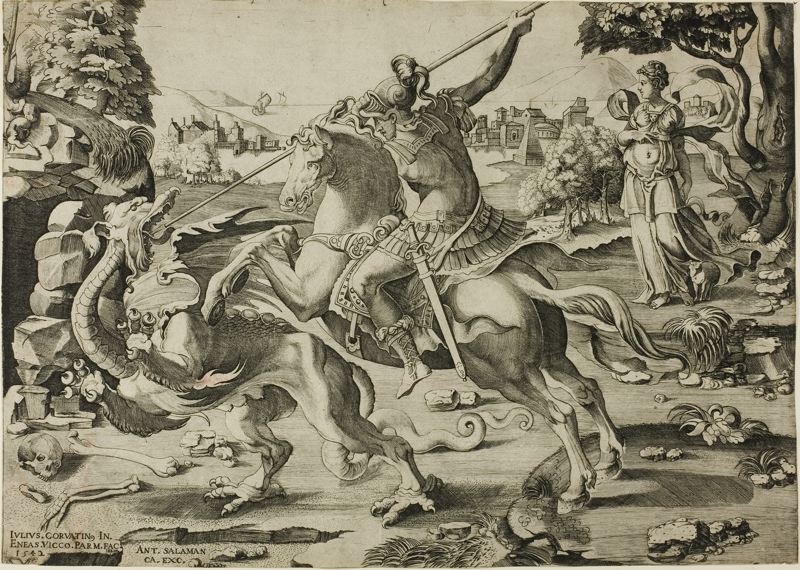 Iulius, Corvatin (that is, Iulius, the Croat), a masterpiece by Julije Klović created in 1542.
He signed himself with his national name on the bottom left. Kept in the British Museum.

Giorgio Vasari in his monograph Life of Giulio Clovio, published in 1568, wrote the following:


Never has there been nor is there any likelihood that there shall be, for many hundreds of years, a more singular or more excellent illuminator, or we may say painter of small things, than don Giulio Clovio, his having proved to be far superior to all who have ever engaged in painting in this manner.