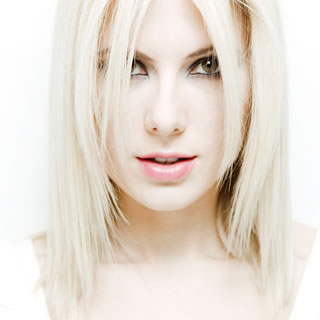 ** D A N I E L L A launches her Official iPhone APP connecting her fans with the latest music, photos and news!  Download it for FREE at the iTunes store, search DANIELLA or use this link: http://apps.mobbase.com/daniella


Toronto-born DANIELLA (Daniella Pavicic) has climbed charts throughout the world with a 21st century pop sound influenced by dance, electro, and hip-hop. Now living in Los Angeles, she continues to cross-over to the mainstream with innovative projects uniting her diverse influences. Her smash single “Every Word” with Ercola (remix by Wendel Kos) hit no. 1 on the Billboard Hot Dance Airplay Chart, remaining on the chart for 46 weeks and spent 12 weeks on the global dance tracks chart.  The official “Every Word” video aired on MTV Dance in the UK and on Canada’s BPM TV. Spins on New York’s Party 105, Toronto’s Z103.5 and the UK”s BBC radio 1 continue, as DANIELLA wraps up production on her next few singles. The production of her first solo album is underway.

Daniella’s Dreams Come True
Daniella Pavicic (Daniella) has always been surrounded by dance music. Growing up, she developed a connection and an attraction to electronic music through radio stations and club gigs. But she never thought that one day that it would be her voice on the radio, her face on a CD cover, and that she’d be one of the genre’s biggest stars.

Her early exposure crafted a path for her to venture into singing. She knew all the melodies and lyrics to the era’s biggest records, and understood the qualities and charm of beating beauty. Not long after, upon responding to a Craigslist ad by producer Alexander Perls, she set out to Los Angeles with zero expectations, simply to record the vocals for a track called “Every Word.” It must’ve been fate somehow – because she achieved the unimaginable shortly after. The track ended up in the hands of dance music stars Ercola and Wendel Kos for the polishing touches, and very soon a hit was born. “Every Word” quickly became a chart stormer everywhere in the world – from being #1 on the Billboard Dance Airplay Chart, to being a nominee at the International Dance Music Awards, it was soon awarded anthem status. Today, it continues to be heavily requested and it’s on so many music lovers “Best of Dance” list.

Since dance radio has been instrumental to her success, we figured it’s now or never to have Daniella come in to host this week’s edition of Radio KUL. It will be an exciting treat for fans and listeners, and we can’t wait to see what happens.

Here she is for this Radio KUL Extra exclusive interview.

Hi Simon Lee! Hi Alvin! Thank you for having me. I am doing very well, working on new music for my first solo album, and enjoying the sunshine in Los Angeles. Putting together a cohesive album has been one of my dreams. It’s hard though because I’ve been releasing singles and I’ve been loving the instant feedback. I have so many tracks now that I’m so excited about that I’d like to put on MySpace for you to hear but I have to save it for the album!

How long have you been involved with dance music and how did this affair start?

I grew up listening to dance music. I went to all ages clubs when I was 14 and danced on the podiums! Haha. Toronto has an incredible dance scene. I consider myself very lucky to have grown up in it, I mean, the clubs, the fans, the the radio stations especially Z103.5. You can imagine my excitement when I finally got to hear my song on that dial! But really the affair took off when I recorded my first dance track in Los Angeles. I realized how much I understood the music and just combined it with my love for singing and songwriting.

One of your tracks “Summerfish” was included in the In Search of Sunrise Vol 6 edition. How did this track come about?

The Summerfish instrumental track by Leonid Rudenko was already a huge success in 2006. Fektive Records approached my co-writer Alexander Perls, who had already written top lines for David Guetta and Paul Van Dyk, about writing on it and I was in the studio, we had just finished another track, so we tried it out. I remember laughing because I was really into creating double entendre’s and imagery and really a lot of the stuff I thought we were saying was so silly. But silly worked and we got the deal done! I mean we didn’t even know what Summerfish was, so instead of changing the name that Rudenko had already called it, we just created a meaning for the word and described what we thought would be the best beach summer of love.

Of course we have to ask you about “Every Word.” How did you meet Ercola, Alexander Perls, and Wendel Kos? You must’ve been ecstatic with the international acclaim you received for this song!

I’ve never met Ercola and Wendel Kos actually. Kinda crazy but that’s the beauty of the Internet! Alexander Perls and I met in Los Angeles through Craigslist! He put up an ad that I answered looking for a vocalist. I was just looking for every opportunity to make music. “Every Word” took on a life of it’s own, it’s really amazing. I’m so grateful to the fans, radio stations, DJs and record labels particulary Nervous, Fektive and New State among others, who supported it. It’s incredible and I’m so grateful for the experience it has given me.

You did such a wonderful music video for “Every Word.” Where was it shot and who was the director?

Thank you. Shooting the “Every Word” video was so much fun but at the same time, one of the most difficult things I’ve had to do, physically I mean! Swimming in heels with a dress made out of a parachute is not easy, my abs were killing me, it was heavy! But my crew and makeup and styling became like a family and it was a 3 day sleepover! So much fun. We were on a tight budget so everyone involved just really loved the song and was into the project,that made a big difference. I met Matt McDermitt (the director) at a photo shoot during the time that “Every Word” was climbing up the chart. He’s a video visionary and he loved the song. His enthusiasm fueled me to push the project forward and we made it happen. It was shot in Palm Springs at a house we rented and then at a studio in Los Angeles California. I wish Ercola could have come from Finland to star with me in it though! That would’ve been fun.

What are your other tracks that you’re really proud of? We see quite a few on your MySpace player.

I’m proud of every one! Haha! However, my most recent release ‘Ride,’ originally produced by Pacific & Vandyck, with the remix by Bastien Laval from France, is one of my favorites. You’ll hear that one during the show. I love the song C-I-T-I-Z-E-N on my page because of the idea that music is the universal language. How fun would it be to be able to say you danced in every major city in the world! I would love to be able to say that! Plus the producer and co-writer with me on C-I-T-I-Z-E-N is Jarvis Church of the Philosopher Kings and the production team Track and Field who produced Nelly Furtado’s first 2 albums. Not only was that a huge deal for me because I love Nelly’s music, but because of the Canadian connection. I’m proud of them both and it was an honor to work with Church.

There are talks about a full length album that you’re putting together. Can you clue us in on this?

Well as I mentioned earlier, I am in the studio working on my first solo album. I am co-producing and working with a number of producers on it.

Is there any artiste in particular that you’re really fond of at the moment? Anybody you’d like to collaborate with?

I’ve always wanted to collaborate with Kanye West. There is something about his confidence and sincerity that I adore. I also love Kings of Leon. I think the combination of our voices could be really cool. I think we share the same angst sometimes. Also, I don’t think I’ve ever heard them do a duet!

Will you perhaps to be coming to Asia or a live stage anytime soon?

According to the dream I had last night I will be in Asia by the end of 2010 haha. God willing.

Who do you credit to your success in dance music?

First off, my co-writer and producer Alexander Perls. He is amazing at what he does. But if it wasn’t for Fektive Records in the Netherlands and Nervous Records in the USA, our music wouldn’t have been heard by so many. Nervous is an old soldier in the dance field and I am honored to be part of their family. Both Fektive and Nervous have been supporting me from just about the first dance track and I will forever be grateful.
Is there anybody special in your life right now?

My loving and supportive family. But boyfriend, nope. No doubt I would love it but I just haven’t found the right one!

Tell us something about yourself that not many people know!

I used to play the tambura and sing folklore songs in a Croatian cover band.

How does it feel to be hosting this week’s episode of Radio KUL?

Its surreal. Really, I just hope people enjoy it.

Lastly, any message to your fans!

Thanks so much for all of your support!!

Daniella will guesthost Radio KUL 130. The first hour will be mixed by Simon Lee and Alvin and hosted by Daniella, and will include a selection of her discography, followed by a guestmix from Giuseppe Ottaviani. Airs Friday, 12th March 2010 at http://www.simonleeandalvin.com/ and available as a podcast on iTunes and on Mugasha.Radio Hi-Tec Netherlands and 1Mix Radio UK will also stream the show live, see website for schedule.

Thanks and Cheers,
Simon Lee and Alvin
Kuala Lumpur, Malaysia