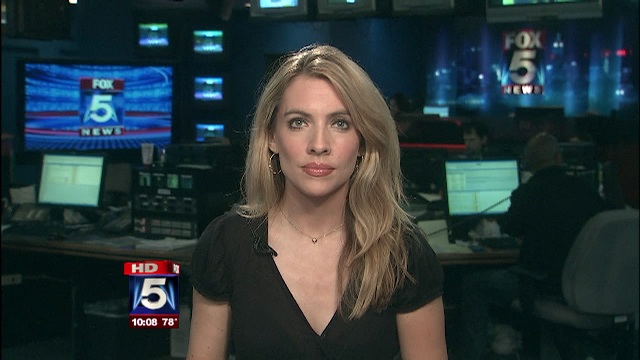 Giovanna Drpic has been a general assignment reporter with My 9 News since April 2005. In that time, she has covered major stories, including traveling to Virginia to report on the Virginia Tech massacre. She landed an exclusive interview with Glenn Moore, the victim in the high profile 2005 Howard Beach baseball bat attack case. She was also part of the My 9 News team that won an Associated Press award for continuing coverage of last year's steampipe explosion in Manhattan.

Drpic joined My9 from WKMG in Orlando, Florida. While there, she broke stories about breaches in airport security and covered the XBOX murders. She also reported on Hurricanes Charlie, Jeanne and Frances in less than a two month span. At WREG in Memphis, Drpic was a reporter/fill-in anchor. She went to Georgia and Germany to cover the military, including Tennessee's Army National Guard. She also served as an anchor/reporter at WHNT in Huntsville, Alabama, where her fluency in Spanish led to a special series on the Hispanic population explosion in the Tennessee Valley.

Drpic earned a bachelor's degree in communications and a master's degree in economics from Florida Atlantic University. She is also the recipient of the 2001 N.S. Bienstock/RTNDF Minority Fellowship for her reporting on minority-related issues.

For the past three years, she has reported for the My 9/Fox 5 live telecast of the National Puerto Rican Day Parade. She also feels honored to have served as the NYC co-host for the Muscular Dystrophy Association's annual Labor Day telethon the past two years.

New York's diversity was a big draw for Drpic, especially since she's Bolivian, Peruvian, German and Croatian. And about her last name - no, it's not a typo. And, yes, people have told her, on more than one occasion, to please buy a vowel!