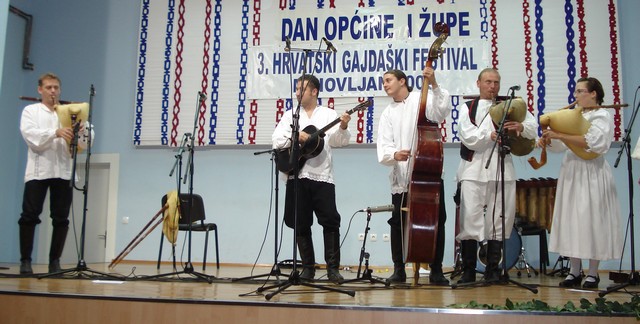 Stjepan Večković on the left is the main proponent of orchestral bagpipe playing and organizer of the 3rd Croatian Bagpipe Festival in Mihovljan near Zagreb in 2009. On the right: Marko First, Tomislav Gec, Zvjezdan Draganić and Iva Cvrtila. 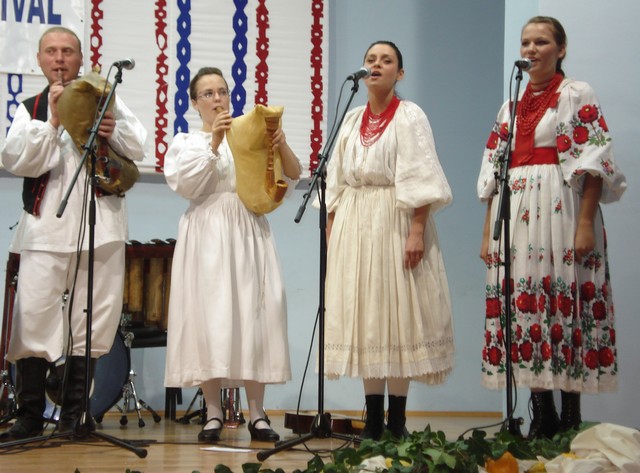 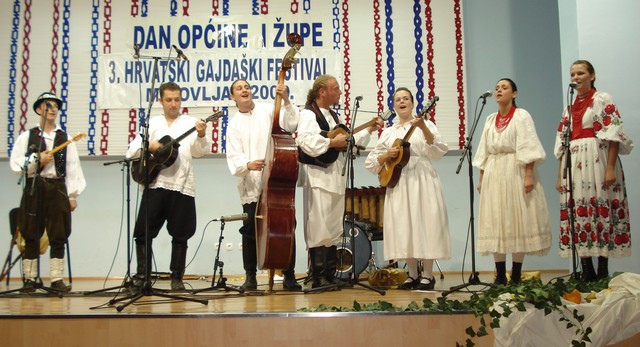 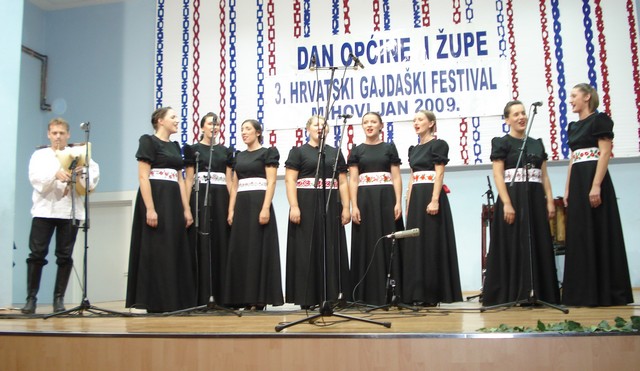 Đurđevičice choir from the town of Đurđevac singing beutiful, tender songs from Croatian north, accompanied with Stjepan Večković on the bagpipe. 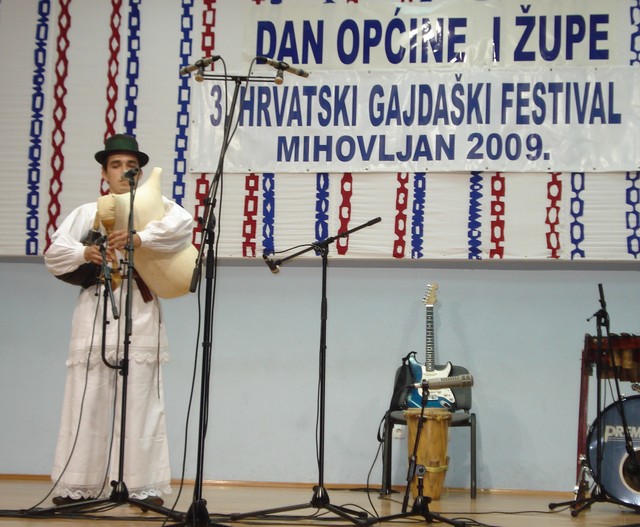 Tomislav Livaja, a young bagpipe player from the village of Slakovci near the town of Vinkovci in Slavonia on the north of Croatia. 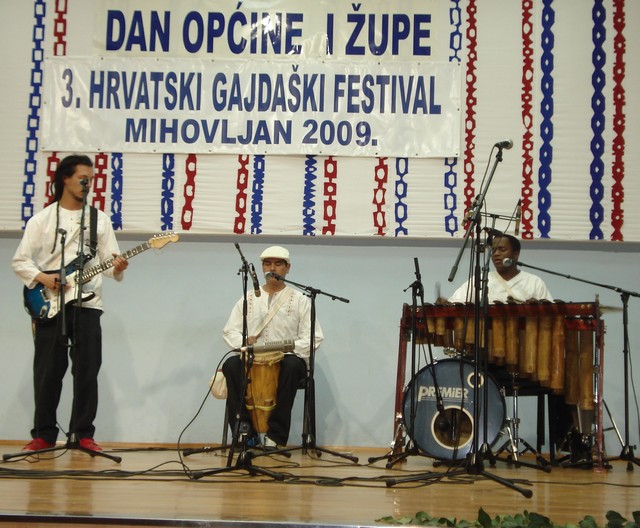 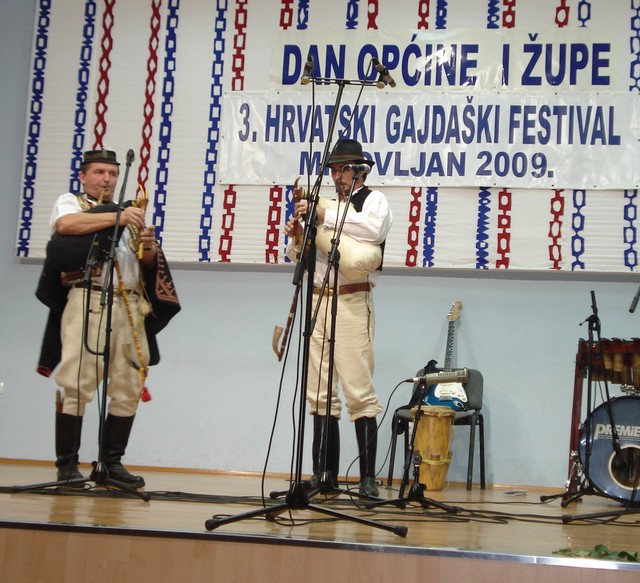 Guests of the Festival arriving from Slovakia: Lubomir Tatarka and Andrej Babjar with their bagpipes. 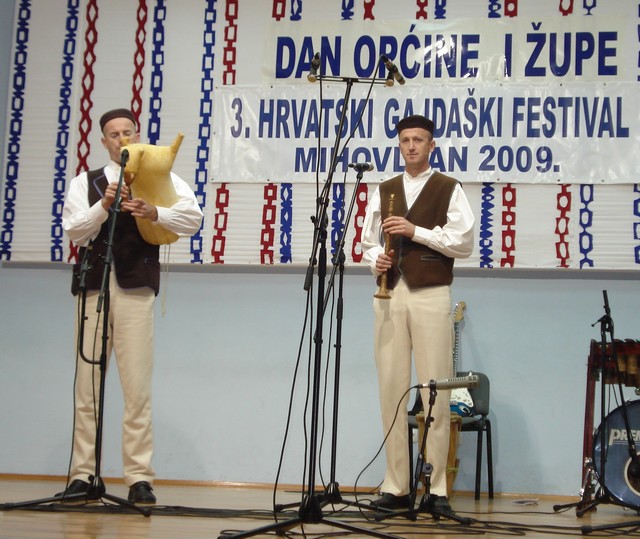 Mladen and Klaudio Radolović from the town of Vodnjan, Istrian peninsula on the south-west of Croatia, playing roľenice and mih (bagpipe). 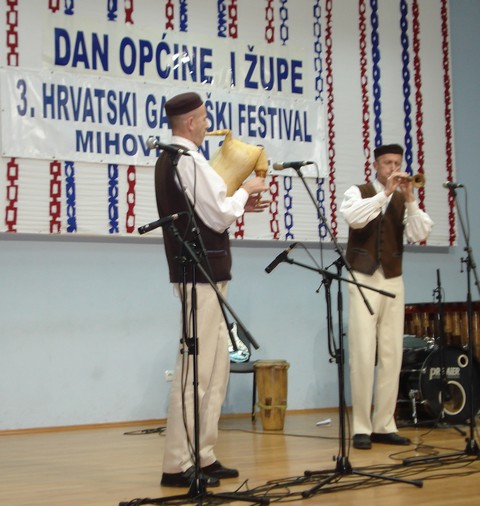 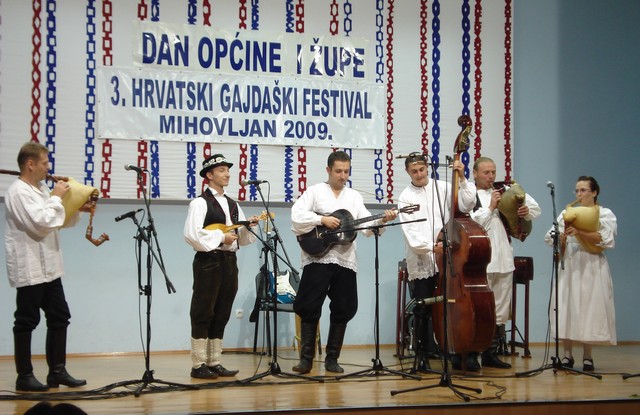 Fantastic sound of bagpipes and tamburitzas. 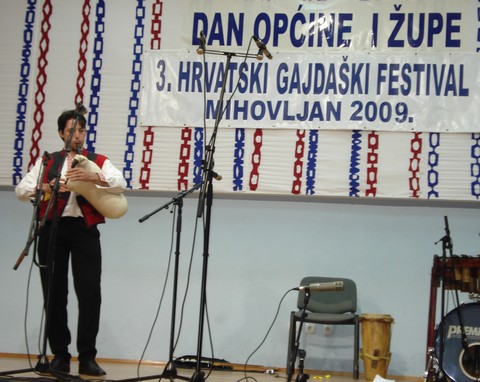 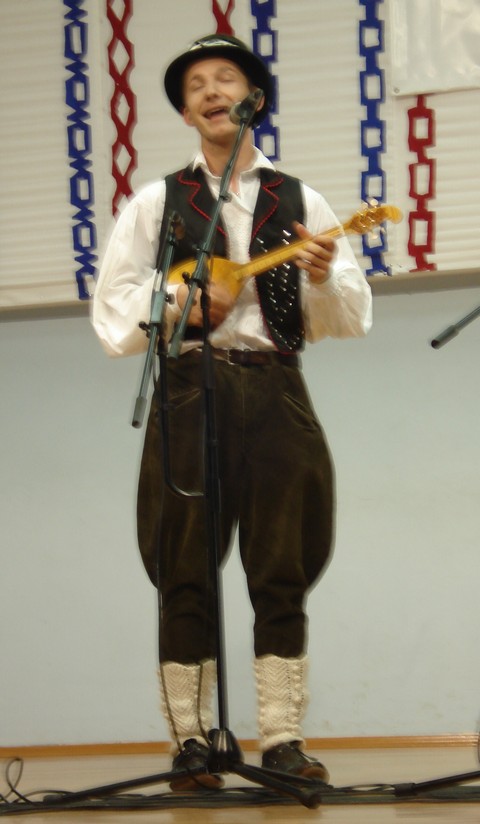 Mr. Antun Boľić from the village of Antin in Slavonia, a region on the north of Croatia, playing samica, a lovely four string instrument. Mr. Boľić has been invited to participate at a Folklore Festival in Moscow in September 2009. 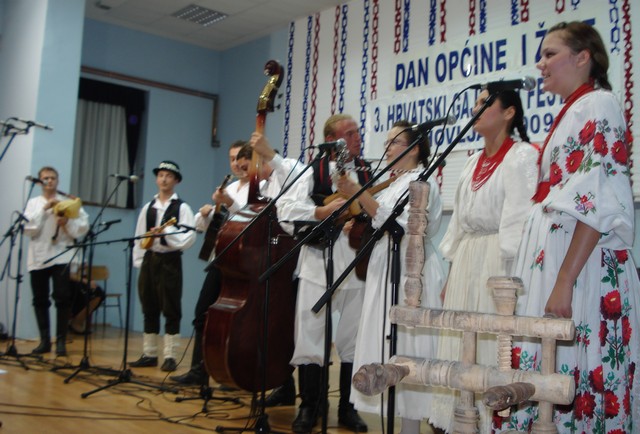 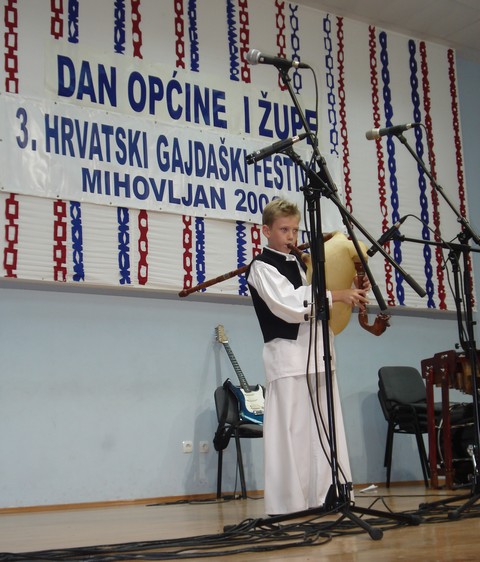 Mihael Večković, the youngest bagpipe player at the Festival.


Please, go to the next page below.

Bagpipes are played throughout Croatia 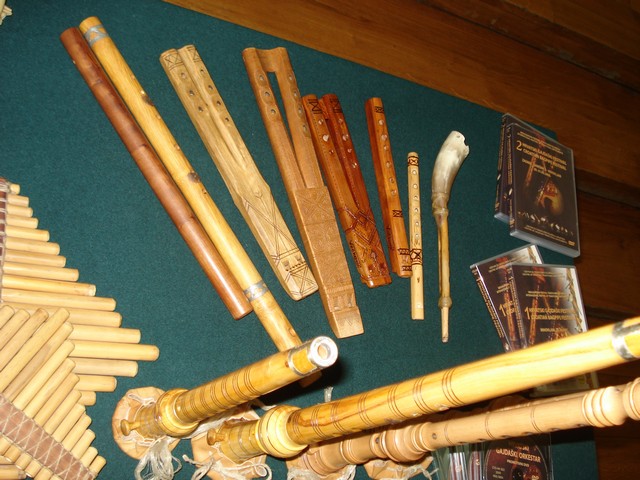 According to Mr. Stjepan Večković from the Croatian National Folklore Ensemble LADO, there is no country in the world which has such a variety of different traditional musical instruments as Croatia. Here is a small selection of Croatian instruments, exhibited at the Ethnographic Museum in Zagreb. 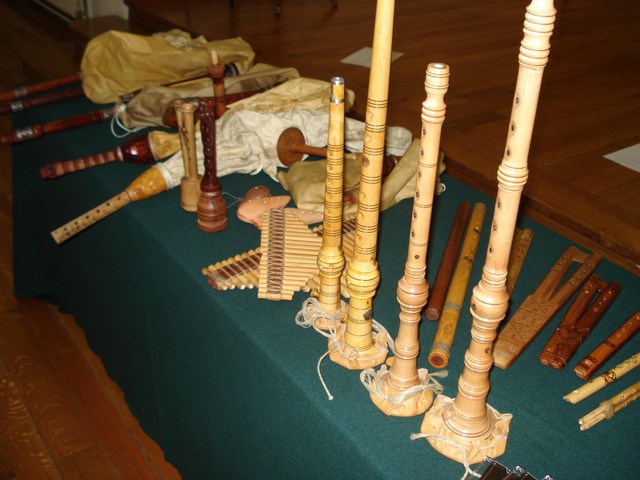 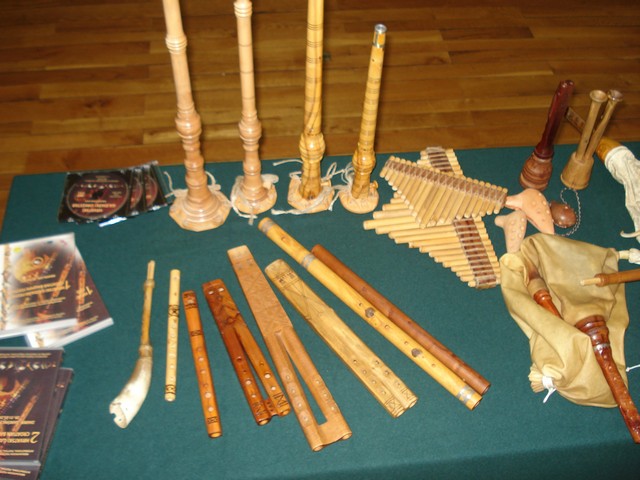 The pan flute in Croatian traditional musical heritage has a unique shape: it is symmetric and provides much richer tonal possibilities than the usual encountered in South America, Romania and elsewhere. 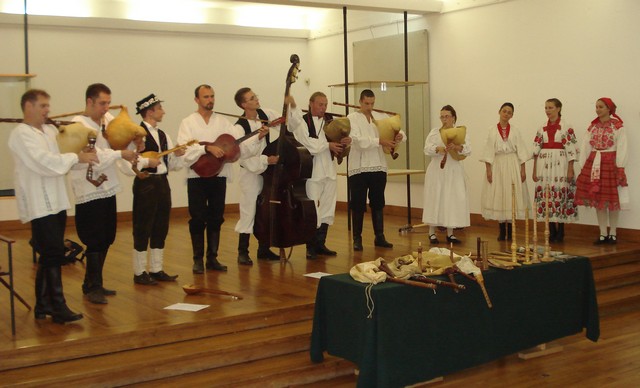 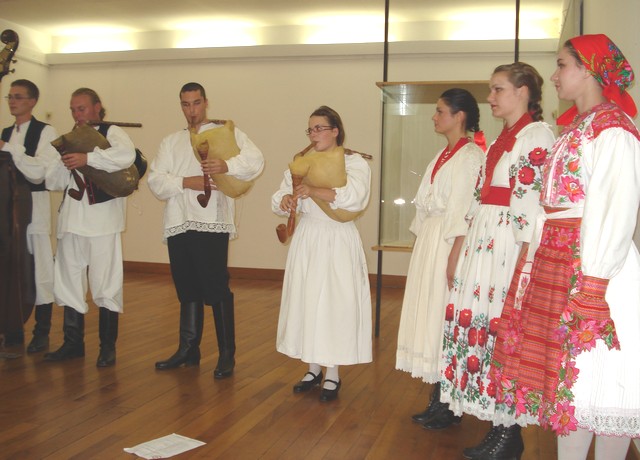 Members of the Croatian Bagpipe orchestra are from various parts of Croatia, each of them with a typical local costume. 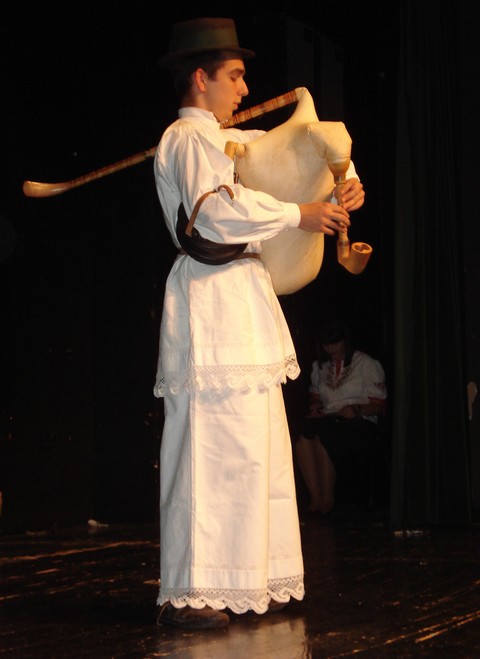 Tomislav Livaja, a young bagpipe player from the village of Slakovci near the town of Vinkovci in Slavonia on the north of Croatia, in a beautiful national costume. 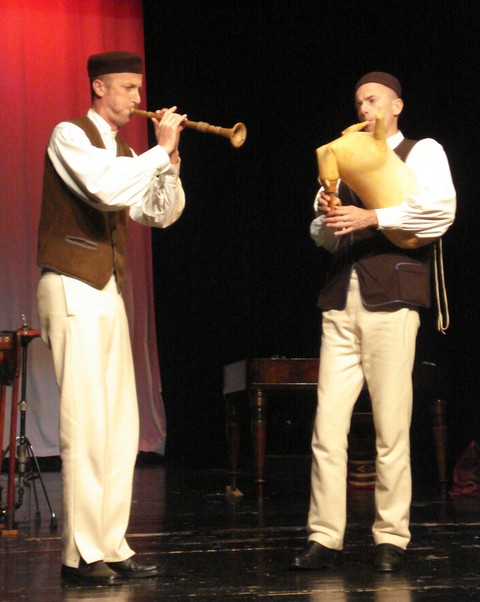 Roľenice and bagpipe players Klaudio and Mladen Radolović  from the town of Vodnjan in Istrian penisula on the south-western part of Croatia. The melody is based on the famous Istrian scale. The sound of roľenice is very penetrating. 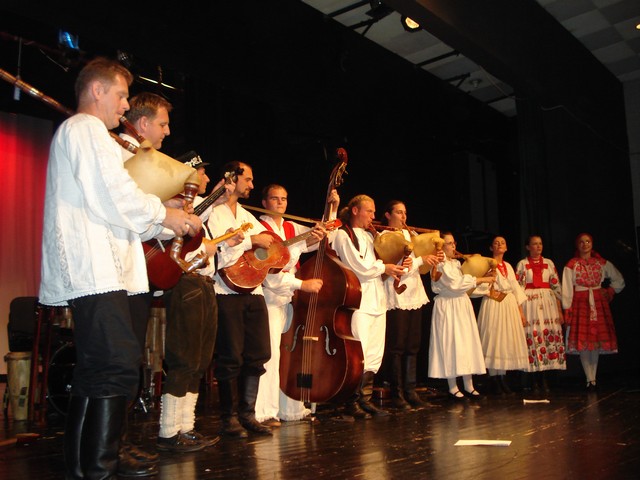 Croatian Bagpipe Orchestra in Treąnjevka Cultural Center in Zagreb, 2009. Treąnjevka is a part of Zagreb the name of which can be translated as "Cherryland" 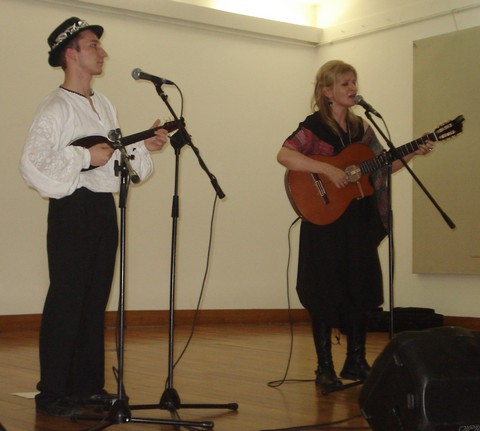 Antun Boľić and Lidija Bajuk, a well known promotor of traditional Croatian singing. From a concert organized at the Ethnographic Museum in Zagreb in December 2009. 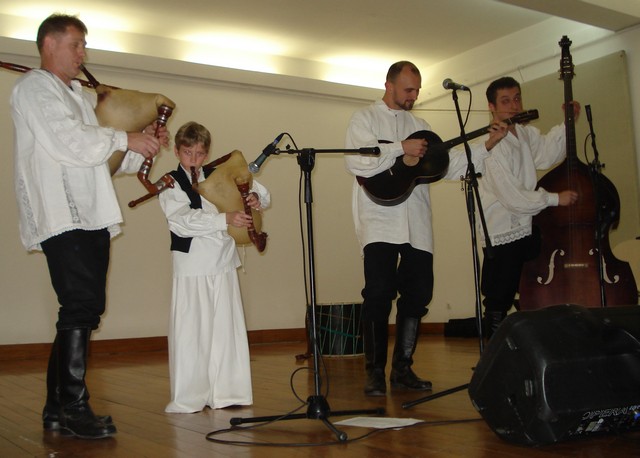