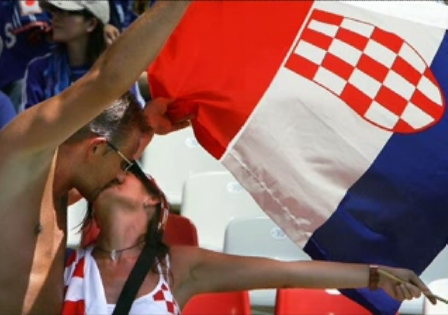 Tomorrow, Croatia celebrates Victory Day and homeland thanksgiving, and marks the 12th anniversary of the military-order operation "Oluja" (Storm), in which, after five years of Serbian occupation, the city of Knin was freed, as well as most of the occupied Croatian territory. Oluja created the conditions for the end of the war in Croatia, and Bosnia and Herzegovina, as well as the peaceful reintegration of the Croatian region near the Danube river (Podunavlje), into Croatia's constitutional order.

Citizens were especially delighted when Knin was liberated, which was a symbol of the Serbian rebellion, which started in 1990, by blocking Croatian roads, which in time grew to attacks on Croatian cities and villages, and the killing and exile of non-Serbs. Local Serbs were supported by the Yugoslav People's Army, whose forces and weapons arrived from Serbia and Montenegro.

Even though it was hidden behind the alleged "endangered" Serbs, but the nature of the rebellion was purely ideas of greater Serbia, which was proved by forming the entity, Republic of Serbian Krajina, with the intention of joining it to Serbia. The attempts to peacefully reintegrate the occupied regions were unsuccessful, and representatives of the rebel Serbs, only a day before operation "Oluja" (Storm), rejected another offer by the Croatian authority to solve peacefully only a day earlier.

The politically and economically intolerable situation was changed by operation "Oluja", which started on Friday, August 4, at 5am. In only 84 hours, Croatian military and order forces freed slightly less than 10.5 thousand square kilometres, or a fifth of the country.

Thousands of Serbs fled before the advancing Croatian forces, from occupied parts of Croatia and Bosnia, to Serbia, which opened numerous discussions in the Croatian and international community. The Serbs claimed that a spontaneous departure was in question, but documents and videos show that it was a well planned and trained departure.

Last year, the Croatian parliament brought a declaration about "Oluja", which marked that operation as the deciding battle, which brought Croatia peace and freedom, which permanently changed the relations of military power in Bosnia and Herzegovina, and toppled the myth of the power, heroism and undefeated Serbian army. The parliament called for keeping the memory of "Oluja", which should reserve the right to the systematic and free investigation into its dark areas, and those of all other military operations.

The anniversary of "Oluja" will be marked this year at the central ceremony in Knin, which will start by laying wreathes at the city cemetery, after which the 4th guard brigade will be ceremonially mustered at the King Zvomimir military barracks, and will raise the national flag on the Knin fortress.

The mass for the homeland will be held in the church of the Virgin Mary of the Great Croatian Covenant (Gospe Velikog Hrvatskog Zavjeta), and will be led by bishop Ante Ivas.

Formated for CROWN byÝNenad Bach
Distributed by www.Croatia.orgÝThis message is intended for Croatian Associations / Institutions and their Friends in Croatia and in the World. The opinions / articles expressed on this list do not reflect personal opinions of the moderator. If the reader of this message is not the intended recipient, please delete or destroy all copies of this communication and please, let us know! Or simply...enjoy and spread the word and good vibrations