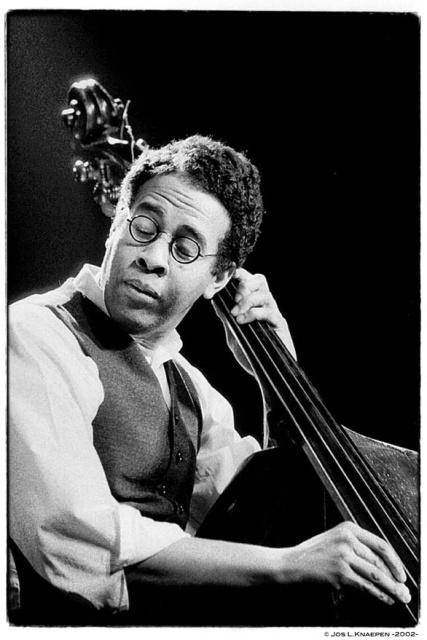 Exploding into the jazz world in 1971, Stanley was a lanky teenager from the Philadelphia Academy of Music. He arrived in New York City and immediately landed jobs with famous bandleaders such as: Horace Silver, Art Blakey, Dexter Gordon, Joe Henderson, Pharaoh Saunders, Gil Evans, Stan Getz, and a budding young pianist composer named Chick Corea. All of these musicians recognized immediately the ferocious dexterity and complete musicality the young Clarke possessed on the acoustic bass.  Not only was he expert at crafting bass lines and functioning as a timekeeper in the bass' traditional role, Stanley also possessed a sense of lyricism and melody gained from his bass heroes Charles Mingus, Scott LaFaro, and others, including non-bass players like John Coltrane.  Clarke recognized the opportunity to propel the bass into a viable melodic soloist role and was uniquely qualified to do just that. The opportunity to state melody and to propel the bass to the front of the concert stage came to fruition when Clarke and Corea formed the seminal electric jazz/fusion band Return to Forever.  RTF was a showcase for each of the quartet's strong musical personalities, composing prowess, and instrumental voices.  Clarke surmised, "we really didn't realize how much of an impact we were having on people at the time.  We were touring so much then, we would just make a record and go back on the road." The band recorded eight albums, two of which were certified gold (the wildly successful Hymn of the Seventh Galaxy and the classic Romantic Warrior), won a Grammy award (No Mystery) and received numerous nominations while touring incessantly.  And this was a jazz band!

Then Stanley, his now famous Alembic bass in hand, fired the shot heard "round the world'.  He single-handedly started the 1970s "bass revolution," paving the way for all bassist/soloist/bandleaders to follow.  In 1974 he released his eponymous Stanley Clarke album, which featured a hit 45rpm "single" (we're still talking about jazz here,) titled "Lopsy Lu." In 1976 Stanley released School Days, of which the title track is now a bona fide bass anthem. He acknowledges, quite unboastfully: "Anyone who seriously wants to learn to play the bass has to buy that record and learn to play that song."  Aspiring bassists must also master the percussive slap funk technique that Stanley pioneered as well. Stanley saw Larry Graham's technique (Sly and the Family Stone) and seized upon the idea. He built his facility to a frightening speed, and then adapted it to complex jazz harmonies.  Says Stanley, "Larry started it, but he had only one lick. I saw him do it, and I took it from there." Stanley was the first musician to pop over chord changes. "A lot of guys could jam all day in E, but couldn't play it over changes."

Stanley Clarke became the first bassist in history to headline tours, selling out shows worldwide, and have his albums certified gold.  The word "legend" was used to describe Stanley by the time he was 25 years old.  In 1997 Epic/Sony released: By this tender young age, Stanley was already a celebrated pioneer in fusion jazz music.  He was also the first bassist in history to double on acoustic and electric bass with equal virtuosity, power, and fire.  He had also invented two new instruments: the piccolo bass and the tenor bass.  The piccolo bass, built to his specifications by New York luthier Carl Thompson, is tuned one octave higher than the traditional electric bass guitar.  The tenor bass is a standard Alembic bass tuned up one fourth higher than standard.  With both of these instruments, Stanley's melodic range is extended for playing in higher registers as he sees orchestrationally fit. Alembic honored Stanley by offering a signature model Stanley Clarke bass, the first time in the company's history of making only custom built instruments to do so. Whatever the instrument: acoustic bass viol, electric bass guitar, tenor bass, piccolo bass, acoustic bass guitar, electric upright, or any of the hundreds of axes in his arsenal, Stanley's musicality and command of these instruments clearly define him as the greatest living bass virtuoso in the world, second to none, hands down, end of discussion. Now king of the acoustic and electric jazz worlds, in 1981 Stanley teamed with George Duke to form the Clarke/Duke Project.  Together they scored a top-twenty pop hit with "Sweet Baby," recorded three albums and still tour to this day.  Stanley's involvement in additional projects as leader or active member include: Jeff Beck (world tours, 1979), Keith Richards' New Barbarians (world tour, 1980), Animal Logic (with Stewart Copeland, two albums and tours, 1989), The "Superband"(with Larry Carlton, Billy Cobham, Najee, and Deron Johnson, 1993-94), The Rite of Strings (with Jean Luc Ponty and Al Dimeola, 1995), Vertu' (with Lenny White, 1999). A much more detailed listing of Stanley Clarke's bands can be found in Discography.  Clarke has won literally every major award available to a bass player: Grammys, Emmys, every readers' poll out there, all the critics' polls, gold and platinum records, walks of fame- you name it. He was Rolling Stone's very first Jazzman of the Year, and bassist winner of Playboy's Music Award for ten straight years.

Ever seeking new challenges, in 1985 Stanley turned his boundless creative energy to film and television scoring. Starting on the small screen with an Emmy nominated score for Pee Wee's Playhouse, he progressed onto the silver screen as composer, orchestrator, conductor and performer of scores for such blockbuster films as: Boys N the Hood, What's Love Got to Do With It (the Tina Turner Story), Passenger 57, Higher Learning, Poetic Justice, Panther, The Five Heartbeats, Little Big League, and Romeo Must Die. He has even scored a Michael Jackson video release directed by Jon Singleton entitled Remember the Time. Currently his scoring may be heard on the number one rated show for the Showtime Network: Soul Food.  Stanley has become one of the elite in-demand composers in Hollywood.

Check out our Film Composer   section.

Stanley says that: "film has given me the opportunity to compose large orchestral scores and to compose music not normally associated with myself.  It's given me the chance to conduct orchestras and arrange music for various types of ensembles.  It's been a diverse experience for me musically, made me a more complete musician, and utilized my skills completely." The 1995 release on Epic Soundtrax (Sony Music): Stanley Clarke At the Movies, bears stunning witness to this. (Stanley promises he will find the time to release an "At The Movies 2" as well as other recordings from his massive compositional library.)His artistry has spanned classical, jazz, R&B and pop idioms.  He has already succeeded in a multitude of diverse careers, any one of which would be satisfactory to anyone else.  Yet he still pushes on, as invigorated and as passionate about music as that teenage prodigy from Philadelphia with a dream.In 2001, Stanley returned more formally to his initial love: performing, recording, and playing the bass.  The Biography of this incredible musician, like Stanley himself, is a continuing work in process. 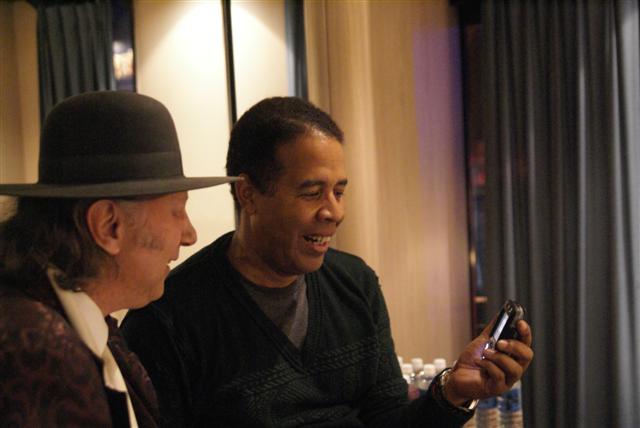