CROWN - Croatian World Network - http://www.croatia.org/crown
How The UN Violated Human Rights In Bosnia And Herzegovina
http://www.croatia.org/crown/articles/8955/1/How-The-UN-Violated-Human-Rights-In-Bosnia-And-Herzegovina.html
Brian Gallagher
By Brian Gallagher
Published on 02/21/2007
A Series of Reports on the Human Rights Situation in Bosnia and Herzegovina
A number of things of interest

First off, the European Stability Initiative have released a good report:Mount Olympus. How The UN Violated Human Rights In Bosnia And Herzegovina, And Why Nothing Has Been Done To Correct Ithttp://www.esiweb.org/index.php?lang=en&id=156&document_ID=84

The much discussed ICG report on Bosnia has finallybeen released:http://www.crisisgroup.org/home/index.cfm?


Something interesting doing the rounds at the moment:
The Denial Syndrome and Its Consequences: SerbianPolitical Culture since 2000

And below, CSS's response to criticism of him 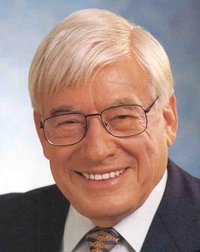 Bosnia Run by the Bosnians

CHRISTIAN SCHWARZ-SCHILLINGThe Wall Street Journal Europe2/12/2007We live in an era where the mechanics of peacekeeping and nation-building are at the heart of geopolitical debate. While Afghanistan and Iraq dominate the headlines, the experience of Bosnia and Herzegovina continues to be illuminating.A year ago, at the start of my mandate as the European Union`s Special Representative and the international community`s High Representative for Bosnia and Herzegovina, I believed that nation-building in this Balkan country had reached a watershed and that the "quasi-protectorate" was no longer viable. I argued, therefore, that more than a decade after the end of the war, it was time for the people of this country and their elected leaders to assume full responsibility for their own destiny.My predecessors had made full use of the "Bonn Powers" -- the right to dismiss officials and impose laws when they believed this was necessary to protect the peace process. I was determined to make minimal use of these powers -- intervening only to maintain peace and stability or cooperation with the International Criminal Tribunal in The Hague -- and to promote the concept of local ownership. This is precisely whatá I have done.I had three reasons for taking this approach. The first was philosophical. I have always believed that the people of Bosnia and Herzegovina, likeá citizens in other war-torn states, have been misjudged because of the shortcomings of their leaders at a particular moment in history. This is a sophisticated society with a long history of social harmony and political pragmatism, and it is unhelpful that it should still be best known for the aberration that led to catastrophe in 1992. I continue to believe that extensive use of the Bonn Powers would be counterproductive. It would maintain a damaging culture of dependency and prevent locals from forging an authentic and home-grown, post-war political consensus.The second reason was practical. We simply couldn`t tell which aspects of nation-building had become self-sustaining as long as the scale and intensity of the international engagement obscured the real strengths and weaknesses of the domestic political process. It was necessary to back off in order to see whether Bosnia could move forward under its own steam.Third, the EU, which Bosnia and Herzegovina aspires to join, has made it clear that the legislation that is needed for further integration, such as laws on police restructuring and public broadcasting, will only be deemed acceptable if enacted by the appropriate elected bodies. These laws can`t be imposed by the High Representative.A year on, the results have been mixed. On the one hand, Bosnia`sá economy is growing at a steady and substantial pace. The country hasá joined the Central European Free Trade Agreement and beguná participatingá in NATO`s Partnership for Peace. Stabilization and Association negotiations with the EU are nearly complete and we look forward to the signing of an agreement later this year, the first step to eventual membership.On the other hand, the pattern of domestic political debate has been less encouraging. The campaign that preceded last October`s general election saw party leaders revert to some of the least constructive positions we have seen in a decade -- this despite the fact that civil society groups were more articulate than ever before and sought to focus the minds of politicians on bread-and-butter issues such as investment,á job creation and fighting poverty.Yet the process of forming coalitions at the various levels of government has proceeded without international hand-holding. Electoral commitments bind the incoming local authorities to pursue pragmatic policiesá and prioritize economic growth.I continue to believe in a policy of local ownership, but I also believe that the transition shouldá take longer. There is a risk of importing instability from elsewhere in the region. And there is a risk of internal political paralysis. The local authorities need more time to adapt and theá internationalá community will have to show greater patience. It is therefore not yet time to give up the Bonn Powers.But this extraordinary authority to impose laws and remove public officials does not provide long-term solutions. However, if held in reserve and used sparingly, it can still serve as a useful insurance policy against destabilization. This argument is gaining ground in the capitals that have to decide at the end of thisá month on the future of these powers and the Office I head.Last month, I announced I would not seek an extension of my mandateá beyond June, more than five months ahead of the event. The international community should use this period to formulate a longer-term policy aimed at creating a functioning European-style democracy in Bosnia and Herzegovina, taking into account the strengths and weaknesses that have been uncovered in the course of the past year.In charting the right course toward a viable and functional Bosnia and Herzegovina it has been necessary to differentiate between what works and what doesn`t work. It has also been necessary to change a mindset, both in Bosnia and Herzegovina and in the international community. Promoting local ownership is neither easy nor risk-free, but it avoids short-term fixes in an effort to create real and durable stability. It can yield success in Bosnia and Herzegovina. And it might also prove effective elsewhere.

Mr. Schwarz-Schilling is the European Union`s Special Representative and the international community`sá High Representative for Bosnia and Herzegovina.
Formated for CROWN by á Marko Puljiµ
Distributed by www.Croatia.orgáThis message is intended for Croatian Associations / Institutions and their Friends in Croatia and in the World. The opinions / articles expressed on this list do not reflect personal opinions of the moderator. If the reader of this message is not the intended recipient, please delete or destroy all copies of this communication and please, let us know! Or simply...enjoy and spread the word and good vibrations.