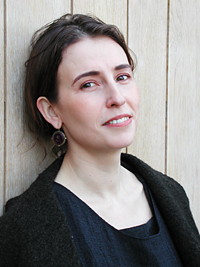 Who: Dialogos
Where: 121st Streeet  and Broadway, Manhattan (New York City) at Corpus Christi Church
What: A most unusual concert: "Tondal's Vision," a twelfth-century musical play about an unconscious knight
When: On February 18th, 2007 at 4 pm.

The acclaimed Dialogos will offer a most unusual concert: "Tondal's Vision," a twelfth-century musical play about an unconscious knight whose soul leaves his body. Performed by Dialogos's six female singers, this production of Dalmatian (Croatian) medieval music is semi-staged with supertitles.

Music Before 1800 is the longest-running early music concert series in New York City.  We have been presenting vocal and instrumental chamber music at Corpus Christi Church for thirty years, with programs of sacred and secular music ranging from Medieval to early Classical.  Offering artists of the highest caliber, we present audience favorites as well as rising stars.  Our artists, including New York's finest ensembles, come from across the United States, Canada and Europe.

As a not-for-profit organization, Music Before 1800, Inc., is dependent upon private donations to offset concert expenses.  All contributions to the series are fully tax-deductible as provided by law.  We encourage our audience members to support the series through individual gifts, corporate grants and stock certificates.  Contributors of $100 or more are listed on the backs of our concert programs.

Would you like to join our team?  We need people to help at our concerts and to do miscellaneous jobs in the office.  If you are interested, please call us at 212.666.9266 or send an email to judithw@mb1800.org

These concerts are sponsored, in part, by the New York State Council on the Arts, a State Agency.  All programs are subject to change.

Katarina LIVLJANIĆ, singer and musicologist, is one of the principal international specialists in medieval chant performance. Born on the Adriatic coast of Croatia, she decided to become a medieval music performer at a very early age, training at the Zagreb Music Conservatory before moving to France to study voice (with Guillemette Laurens and Glenn Chambers) and musicology (with Marie Noël Colette). She directs the vocal ensemble Dialogos, specializing in medieval chant and liturgical theatre of the Glagolitic tradition. For her work in this field, she was decorated for cultural achievement in 2002 by the president of Croatia.

She obtained a Ph.D. at the Ecole Pratique des Hautes Etudes in Paris, based on research of medieval chant manuscripts of Southern Italy. She is currently Maître de conferences in medieval music at the Sorbonne University in Paris where she codirects a medieval music performance Master programme. As a vocalist, she performs in major international festivals with the ensembles Sequentia and Alla Francesca. She spent a semester as visiting lecturer and directed a Gregorian chant schola at Harvard University. In 1998 she founded a chant performance program at the University of Limerick in Ireland. She is regularlyinvited to numerous universities in Europe, in the United States and Canada as a teacher and resident artist. She has emerged  as an important international speaker about medieval chant performance and publishes articles in specialized reviews wordwide. In 2002 she was a guest artistic advisor at the Early Music Festival in Utrecht, Netherlands. With Benjamin Bagby (Sequentia), she has been awarded a Cornille Visiting Professorship at the Wellesley College (USA) in 2007.

Her most recent solo project, a musical theatre production entitled Judith based on the masterpiece by the 16th-century Croatian poet Marko Marulić, was premiered at the Ambronay Festival in 2006.