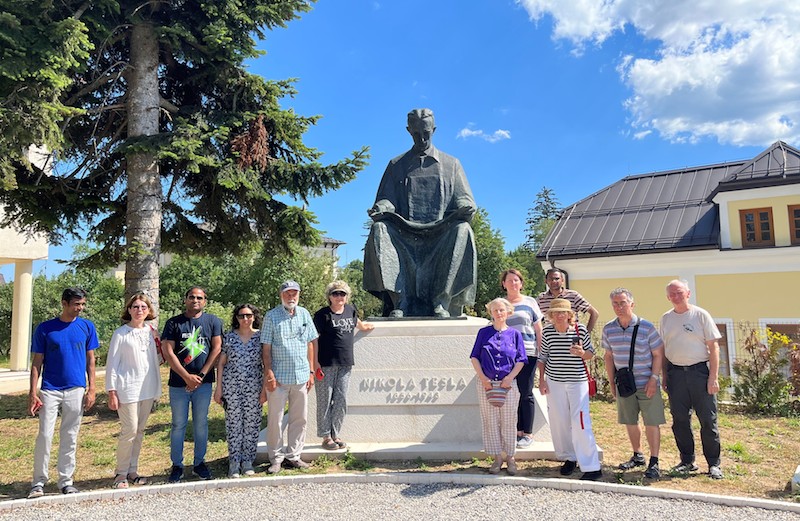 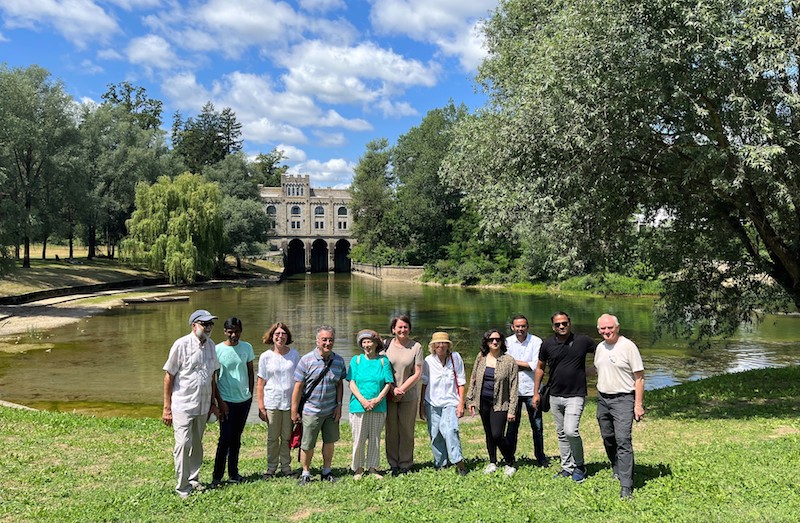 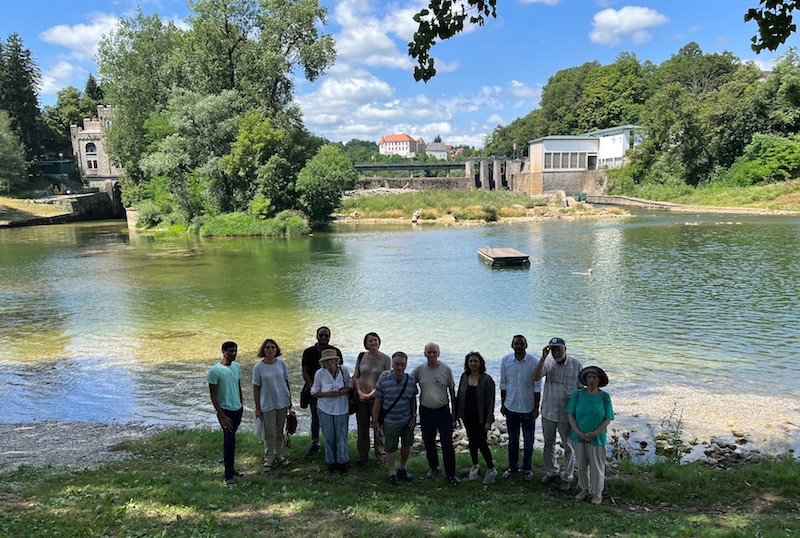 On the right, the second hydroelectric plant, Ozalj II on the Kupa river, built in 1952 (2.2 MW). We have also visited the Castle of Ozalj (on the photo in the middle, above the river), superbly described in Croatian and English by Mr. Stjepan Bezjak, director of the Museum of the Castle. 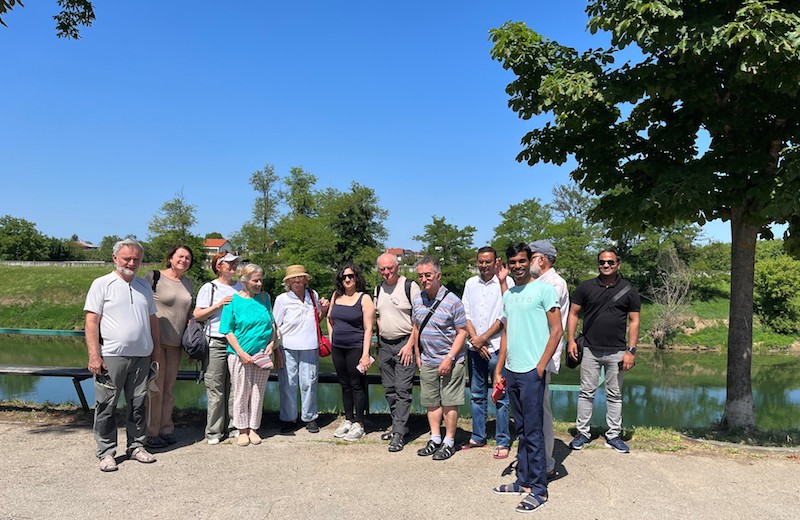 Near the Kupa river in the city of Karlovac, just after the lunch in the KVAKA Restaurant. 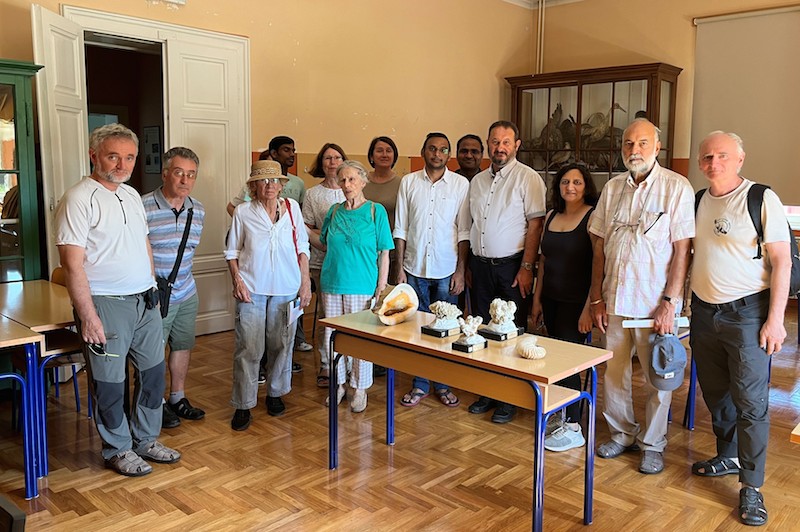 In the Gymnasium (Grammar School) of the city of Karlovac. The school was attended by Nikola Tesla (1856-1943) during three years (which back then was a Higher Real School), in the period of 1870-1873, when he was at the age of 14-17. It is the only school that Nikola Tesla completed in its entirity. His most important professor was Martin Sekuliæ (who was lecturing Physics and directed a laboratory of the mentioned school that had as many as 579 physical instruments), who kindeled Tesla's keen interest in Electrical Engineering.

Standing in the middle (just left to Jane Sha) is Antun Milinkoviæ, professor of Chemistry and Biology, who superbly described us the school. He prepared a huge surprise to our colleagues from India: the corals shown on the table were purchased in the time of Tesla's schooling (in 1870s), and they originate from the Indian Ocean! 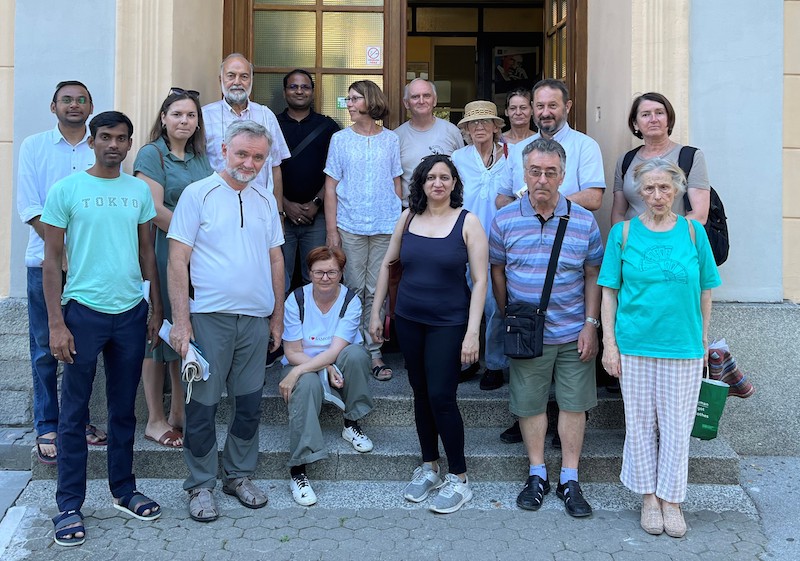 In front of the main entrance to the present day Gymnasium of Karlovac. Standing the third from the left is Mrs. Martina Maru¹iæ Britvec, who is the director of the Tesla Experience Center, built just by the Gymnasium. It will be officially opened by the end of 2022. 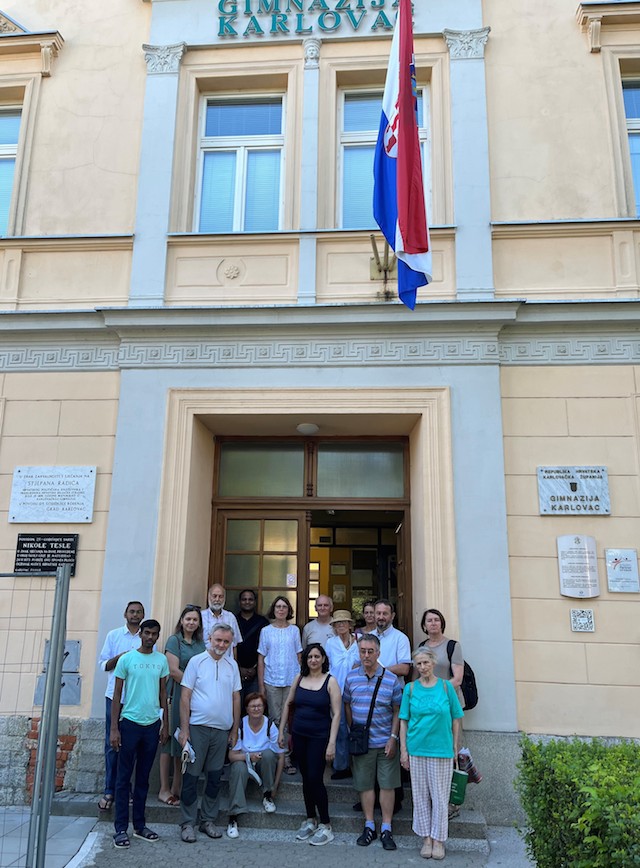 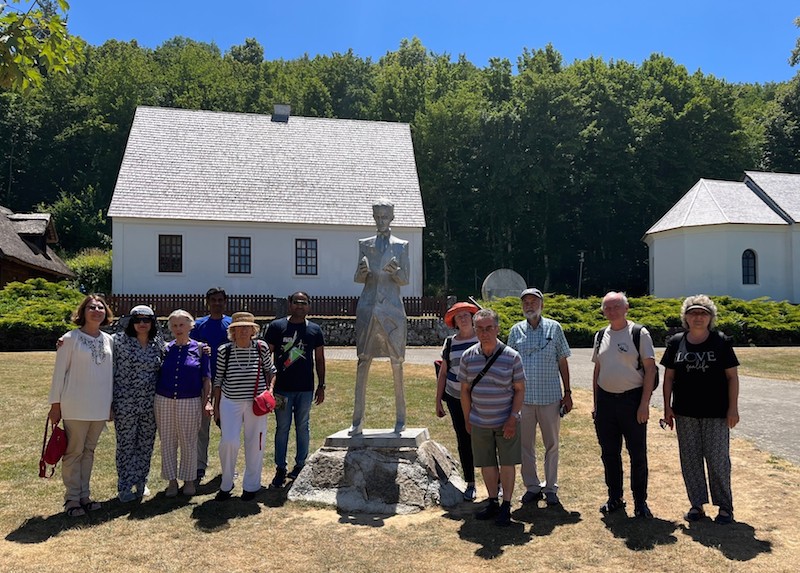 In Smiljan, the birthplace of Nikola Tesla. Smiljan is a small village in the region of Lika, on the northern side of Velebit, the most important Croatian mountain (from which one has spectacular views to the Adriatic Sea and hundreds of islands). Smiljan is 250 km south of Croatia's capital Zagreb.