CROWN - Croatian World Network - http://www.croatia.org/crown
Luka Modric has won Champions League 5 times with Real Madrid until 2022
http://www.croatia.org/crown/articles/11340/1/Luka-Modric-has-won-Champions-League-5-times-with-Real-Madrid-until-2022.html
Nenad N. Bach and Darko ®ubrinić
By Nenad N. Bach and Darko ®ubrinić
Published on 06/20/2022
In the period of 2013-2022, each winning team of Champions League had at least one Croatian player

Luka Modric has won Champions League 5 times With Real Madrid.
Modric is the Only One Who Has Stolen The Show from Ronaldo & Messi- duel for the Ballon D'or in 2018.
He has been picked by many football experts as one of the best midfielders in the football history. 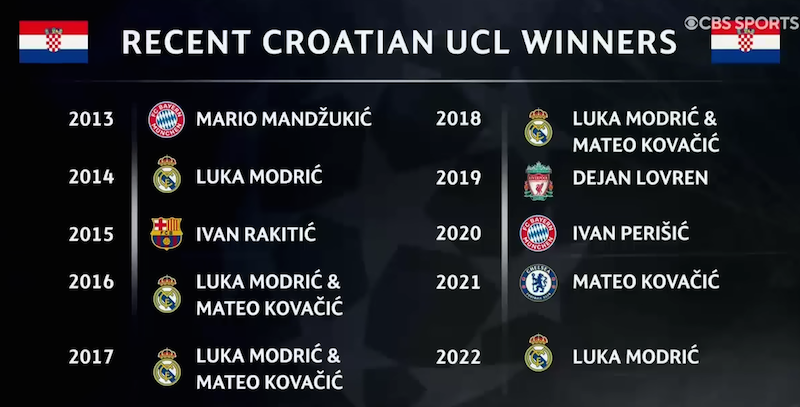