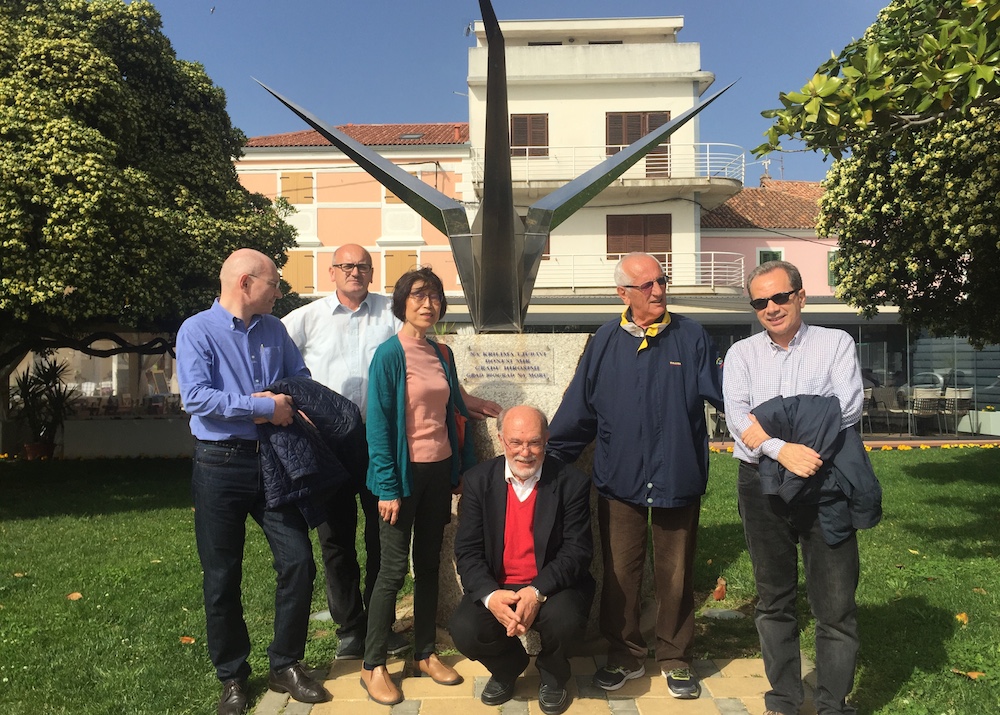 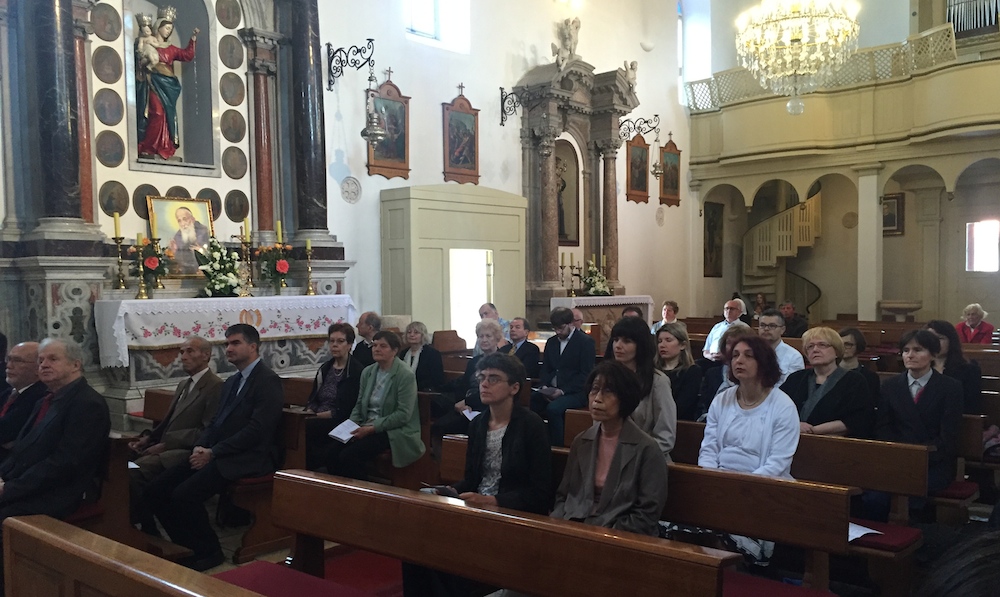 Participants of the International Conference at the Holy Mass held in the city of Biograd, as well as representatives of the
University of Zadar (the oldest Croatian university, founded in 1396) and of the Matrix Croatica Zadar.
Dr. Keiko Mitani is in the first row on the right. 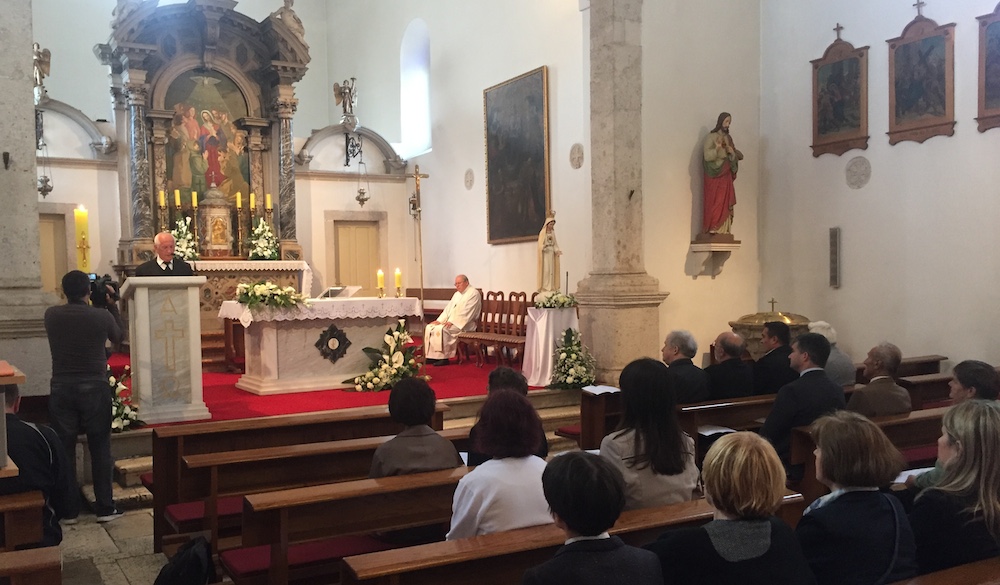 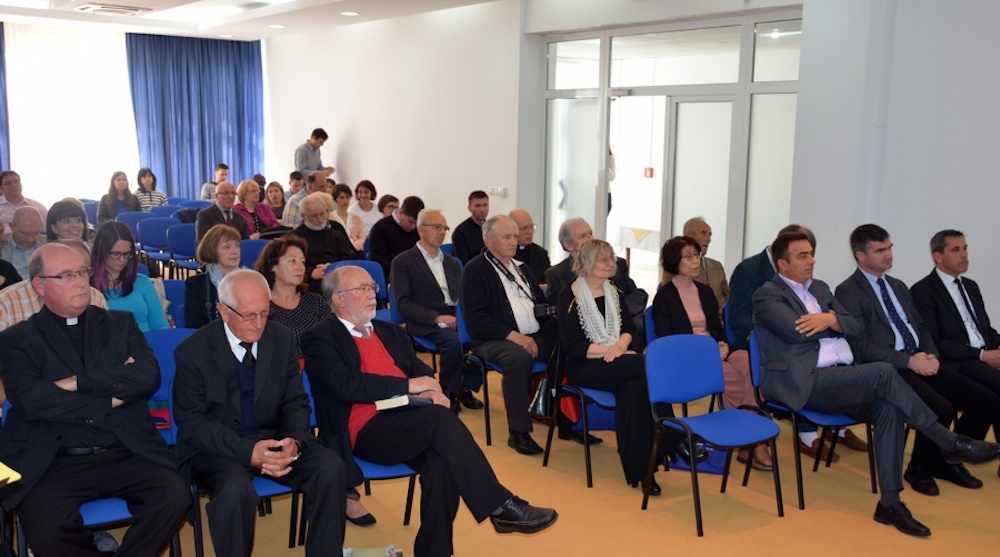 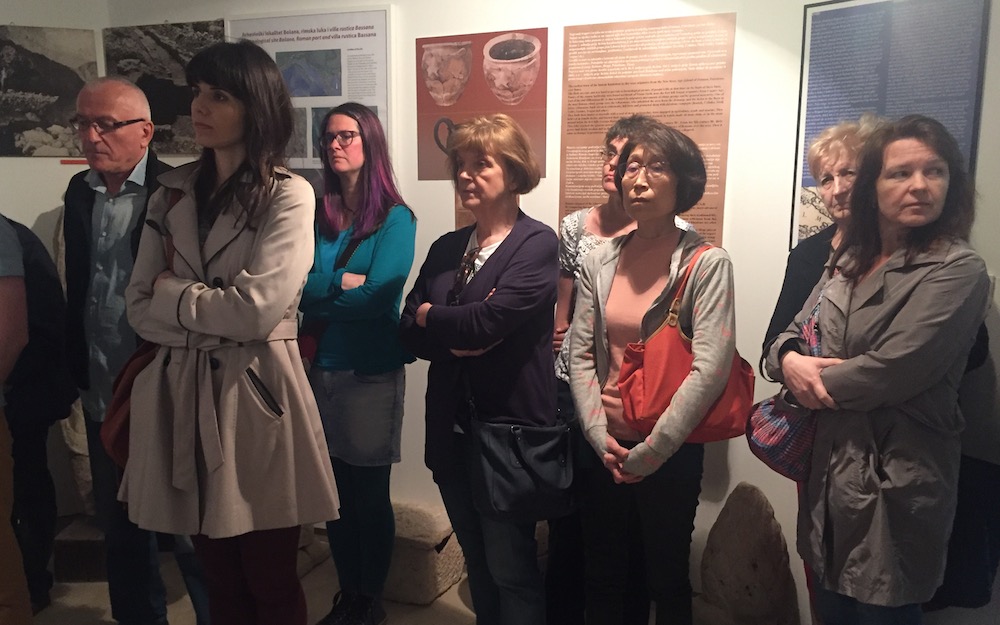 The Biograd Museum is in possession of numerous interesting artefacts, dating from Ancient times as well.
Dr. Keiko Mitani is the second from the right. 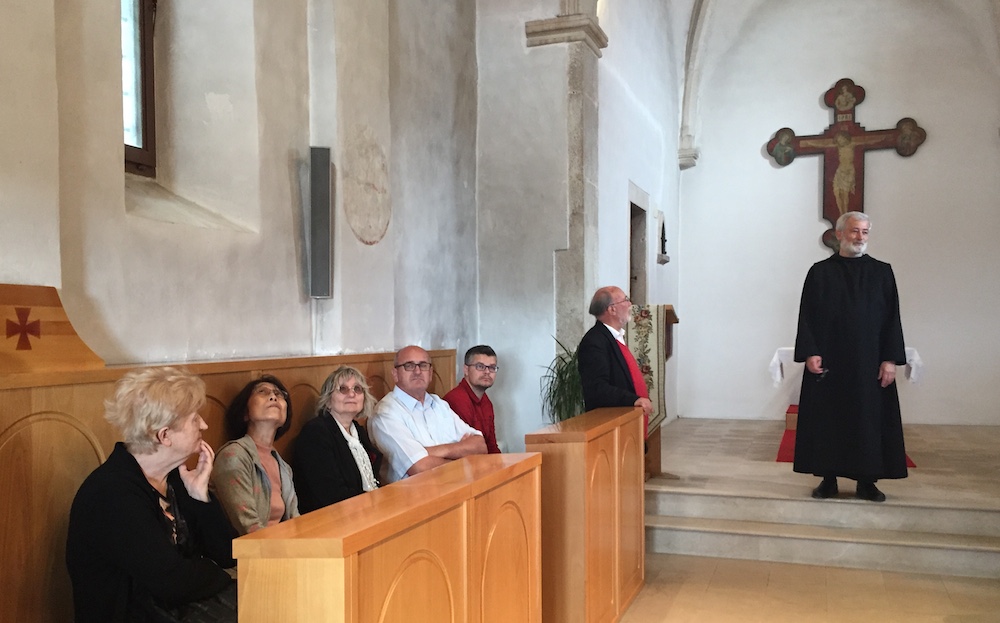 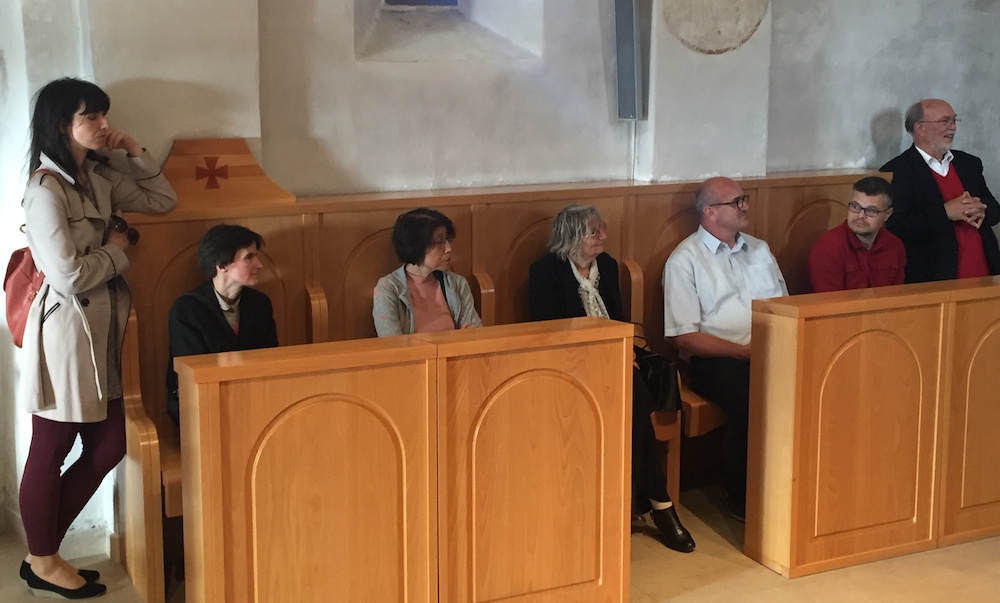 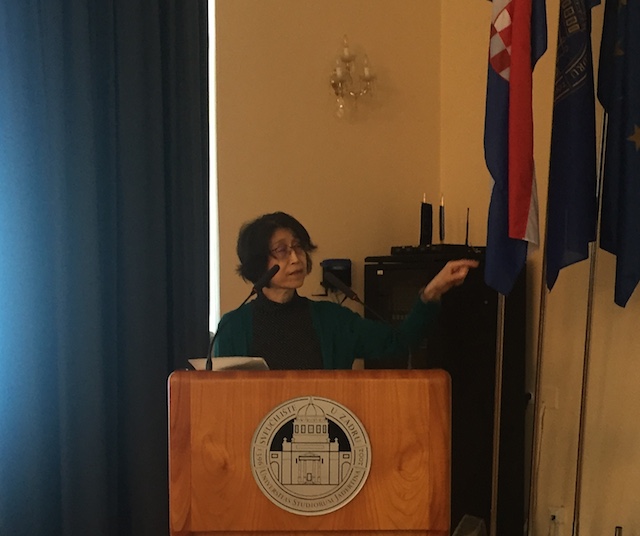 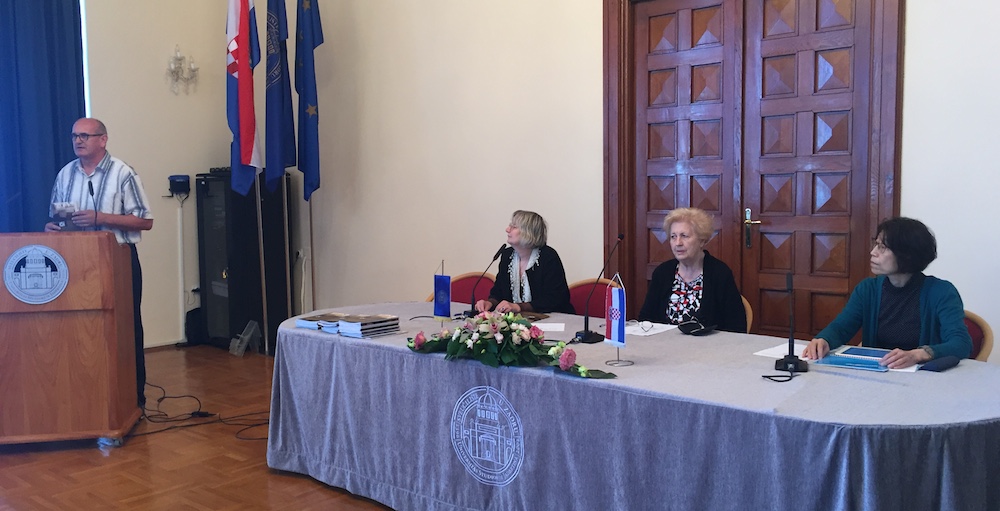 Draƒenko SamardƒiÌ, prof., delivering a lecture at the main hall of the University of Zadar.
The session has been presided by Dr. Anica Vla¿iÌ-AniÌ, Academician Anica Nazor and Dr. Keiko Mitani (University of Tokyo). 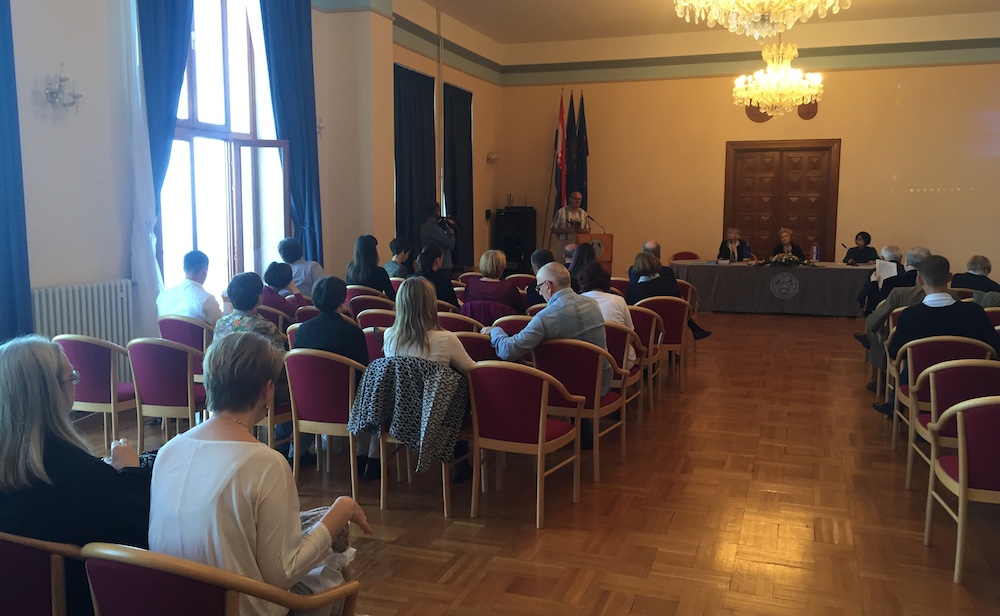 Dr. Keiko Mitani at the table on the right 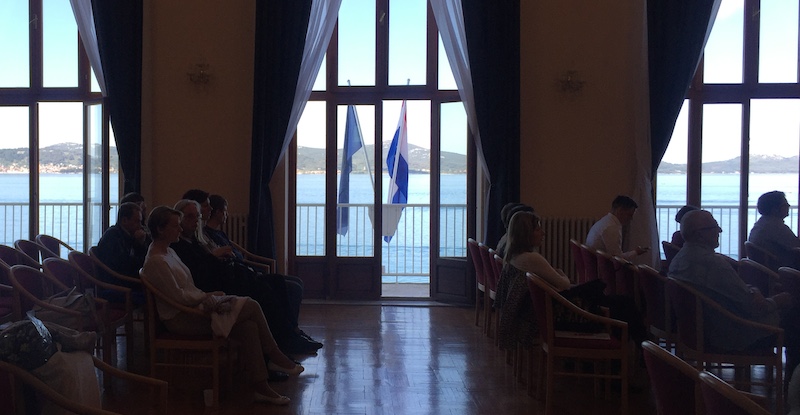 Breathtaking view from the main hall of the University of Zadar to the island of Ugljan. One has a feeling of being on a huge stone vessel. 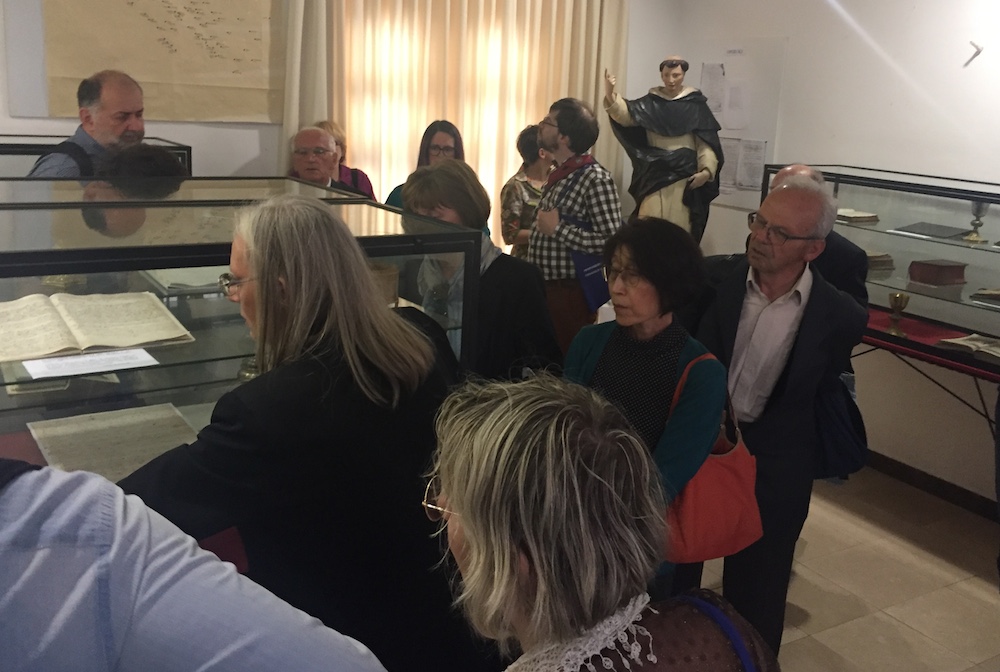 Exhibition of selected legal documents (mostly church records) and books, written in the Glagolitic Script,
kept within the Permanent Exhibition of Church Art in the city of Zadar.
Dr. Keiko Mitani on the right, just in front of dr. fra Izak ˋpralja, and behind dr. Grozdana Franov ÛivkoviÌ,
who described the exhibited very interesting Croatian Glagolitic documents and books.

One of the Zadar streets bears the name of ˋimun KoƒiÒiÌ Zadranin (nicknamed Benja),
who was a bishop and owner of the glagolitic printing house in the city of Rijeka, which was active in the period of 1530-1531. 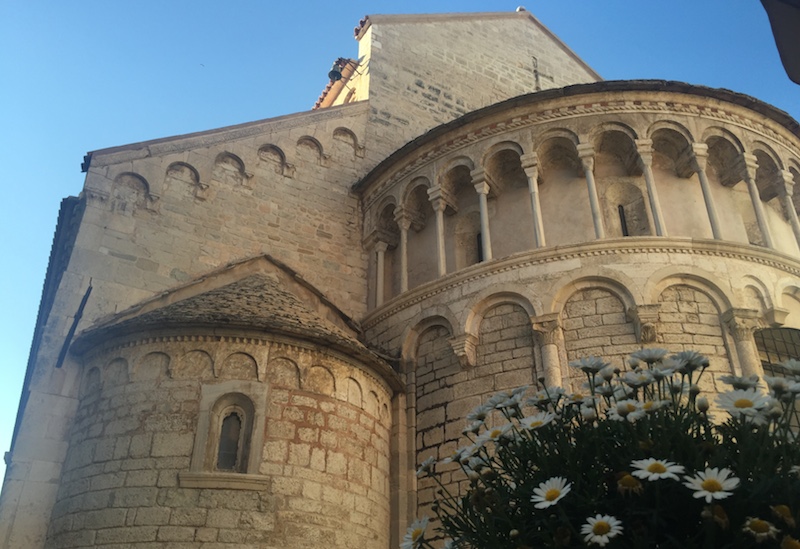 Benedictine Abbey of Sv. Kr¿evan (St. Crysogonus) is one of the most important cultural monuments of the city of Zadar.
Between 9th and 12th centuries, Croatia used to have as many as 120 benedictine abbeys, mostly along the Adriatic coast. 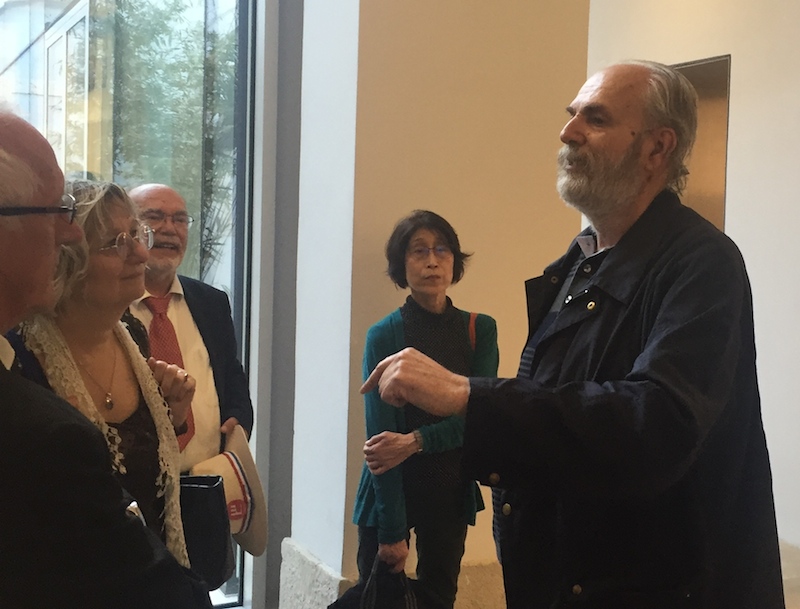 The Concert Hall of the city of Zadar, as described by Dr. Radomir JuriÌ, has been completely destroyed during
the Serbian aggresion on Croatia in the 1990s. It is a part of Rector's Palace. Dr. Keiko Mitani is in the middle.
Dr. Keiko Mitani is a full professor at the Chair for Slavic Studies of the Philological Faculty of the Tokyo University.
She is the author of the following manual for learning Croatian language: 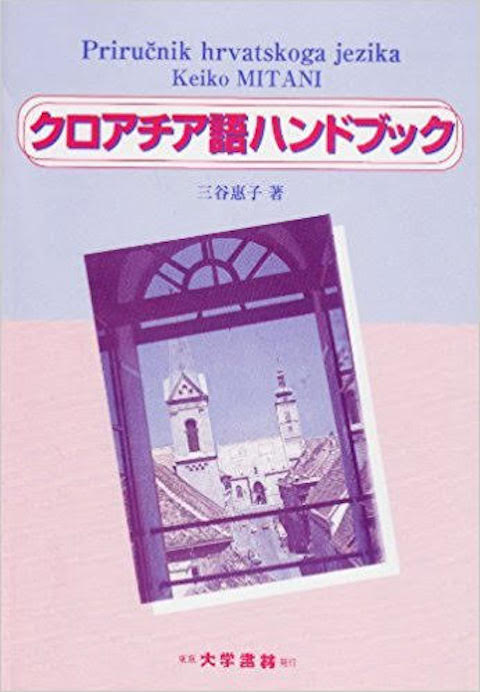 Photo by the courtesy of Yoko Nishii, Ise, Japan.
On the title page, a motive from the Upper Town of the city of Zagreb is shown.

Keiko Mitani is also the author of a grammar of Croatian language: 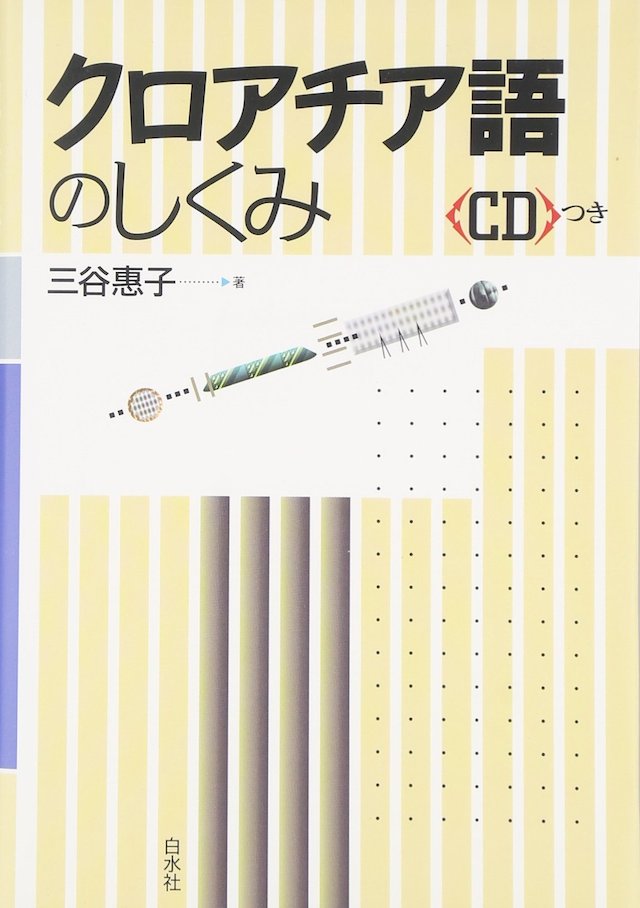 
She defended her PhD in 1988 at the University of Zagreb, under supervision of Professor Stjepan Damjanovic, of the Croatian Academy of Sciences and Arts.

We mention her article, published in a Croatian scientific journal: 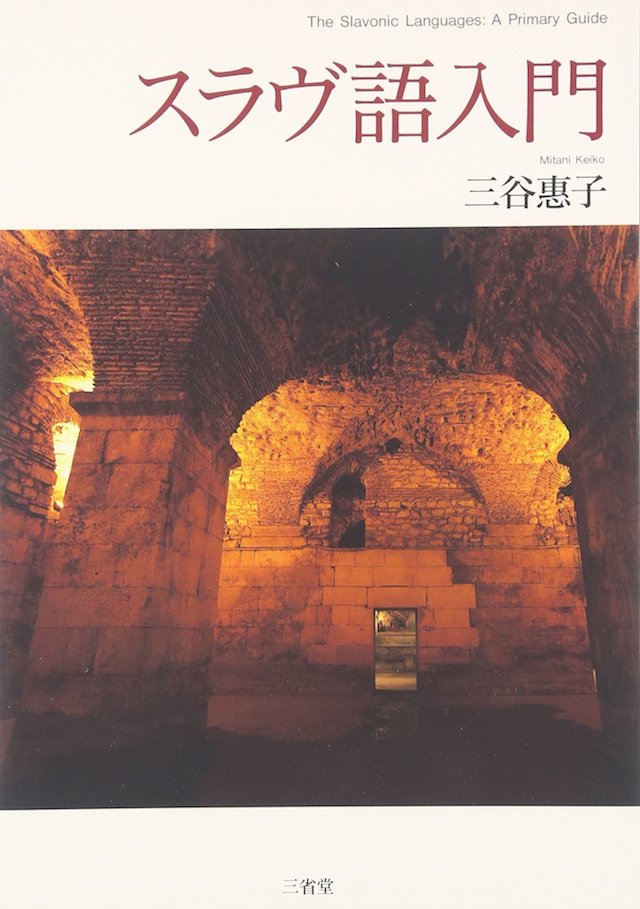 Keiko Mitani: The Slavonic languages / The Primary Guide
On the title page, a part of the cellar of Diocletian's Palace in the city of Split, Croatia, is shown.
Many thanks to Yoko Nishii for this photo.