CROWN - Croatian World Network - http://www.croatia.org/crown
Epidaurus Festival organized by Ivana Marija Vidovic for the 15th time in the town of Cavtat
http://www.croatia.org/crown/articles/11311/1/Epidaurus-Festival-organized-by-Ivana-Marija-Vidovic-for-the-15th-time-in-the-town-of-Cavtat.html
Nenad N. Bach and Darko ®ubrinić
By Nenad N. Bach and Darko ®ubrinić
Published on 08/24/2021
Ivana Marija Vidović is the founder and artistic director of the Epidaurus Festival since 2007 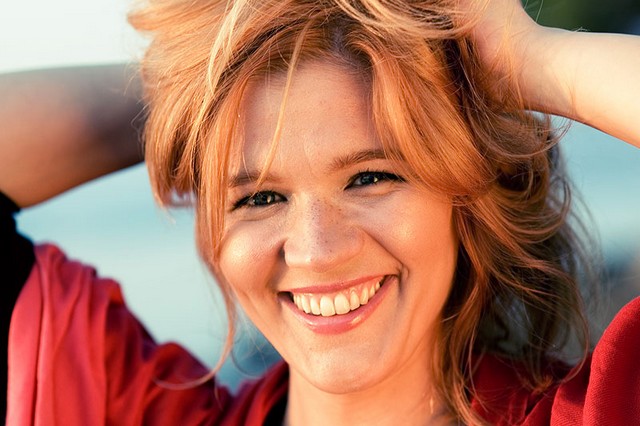 Ivana Marija Vidović, Croatian pianist and poet, the founder and artistic director of the Epidaurus Festival in Cavtat 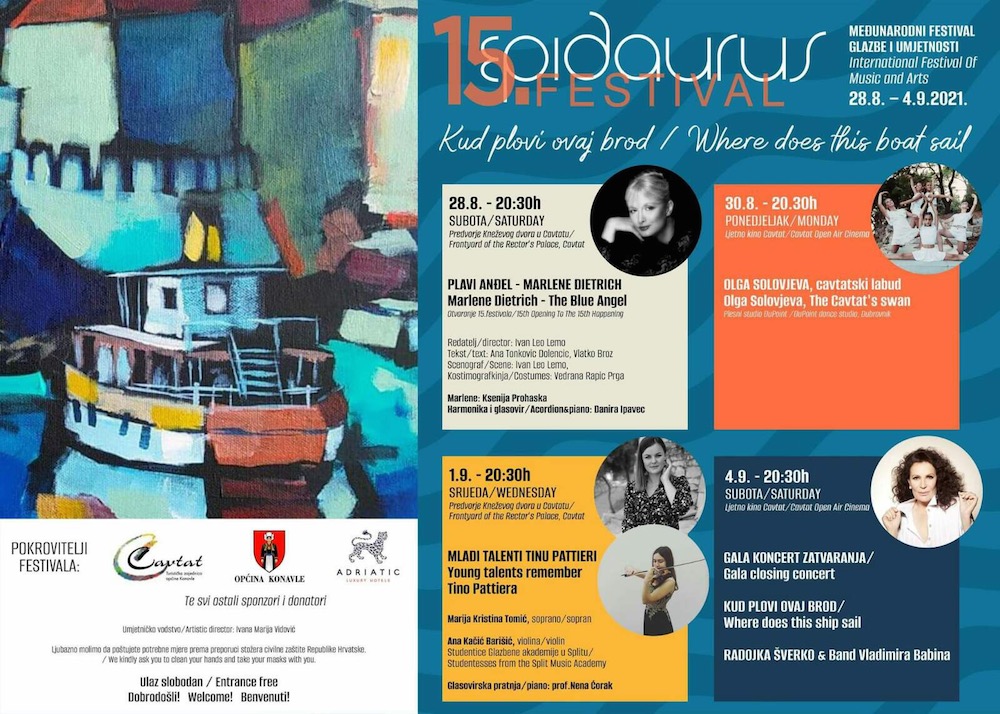 Kud plovi ovaj brod? Where does this ship sail? 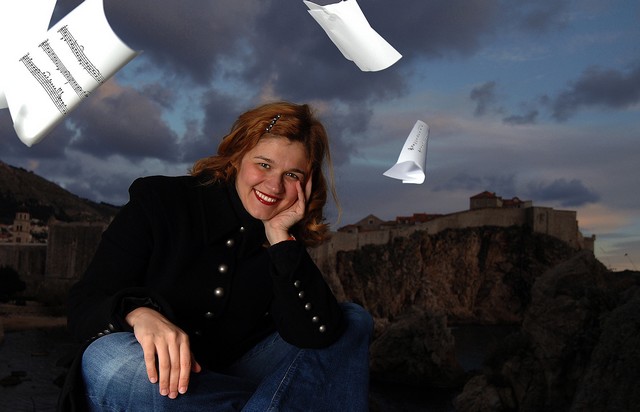 Ivana Marija Vidović in her native city of Dubrovnik, Croatia 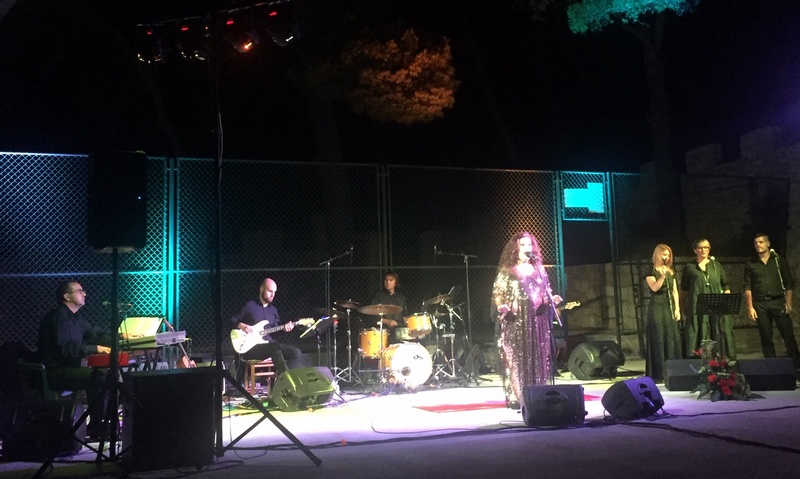 Fantastic concert by Radojka ©verko in Cavtat, closing the 15th Epidaurus Festival.
Accompanied with a group of seven top musicians from the city of Rijeka, directed by maestro Vladimir Babin (on keyboards on the left).
Vladimir Babin is a professor of piano at the Academy of Music in Zagreb. 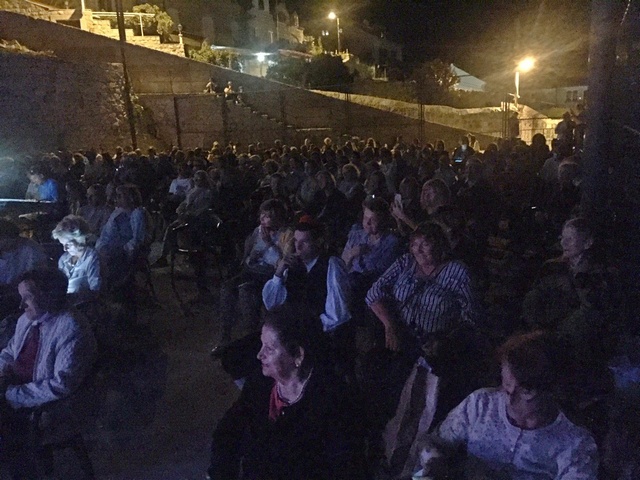 Natives and guests of the city of Cavtat, of all ages, enjoing the concert in the open,
under the stars, between the crystal clear sea and the Meątrović Mausoleum (with amazing view to the city of Dubrovnik).
The program covered some of the best known world standards from rock music, jazz, to some classical pieces, as well as
her unforgettable Croatian songs. We should mention in passing that Mrs. Radojka ©verko is great-grandmother!

Ivana Marija Vidović (concert pianist and poet, director and founder of the Festival Epidaurus),
with Mr. Boľo Lasić (president of the County of Konavle, the South-East region of Croatia, close to the city of Dubrovnik).
both expressing their deep gratitude to Radojka ©verko. On the right, a young man in a typical Konavle dress. 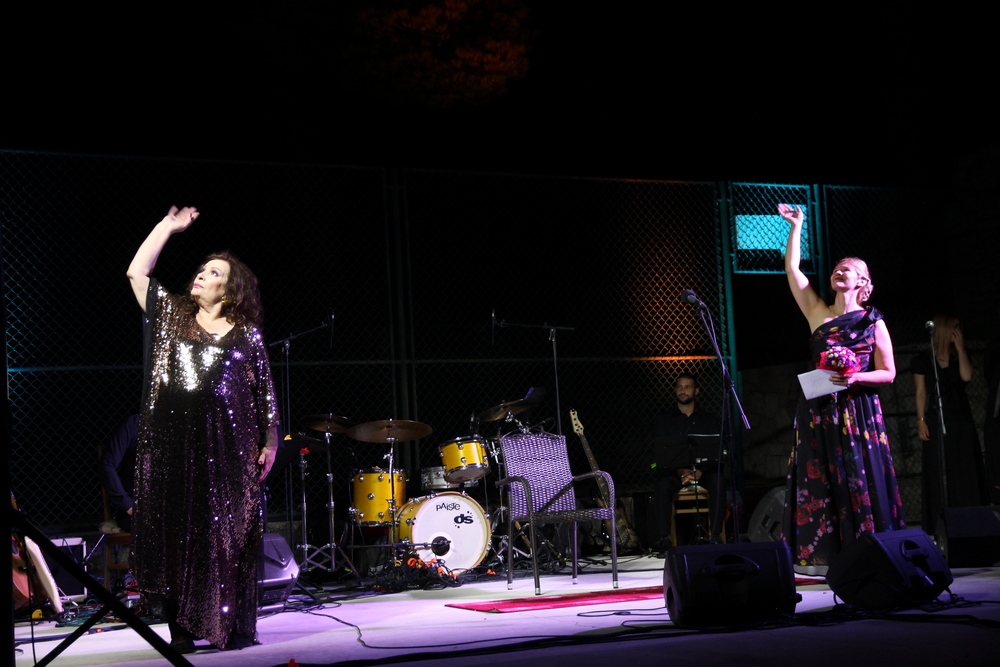 Radojka ©verko and Ivana Marija Vidović spontaneously waving to a plane
descending to the Dubrovnik Airport near the town of Ćilipi, not far from Cavtat. Photo by Hrvoje Đurković.
Ivana Marija Vidović: O Festivalu Epidaurus (video)
Epidaurus Festival - A Meeting Place for Artists from Arround the World [PDF]
(in Love with Konavle, 2021, an interview with I. M. Vidović conducted by Ivica Puljić)