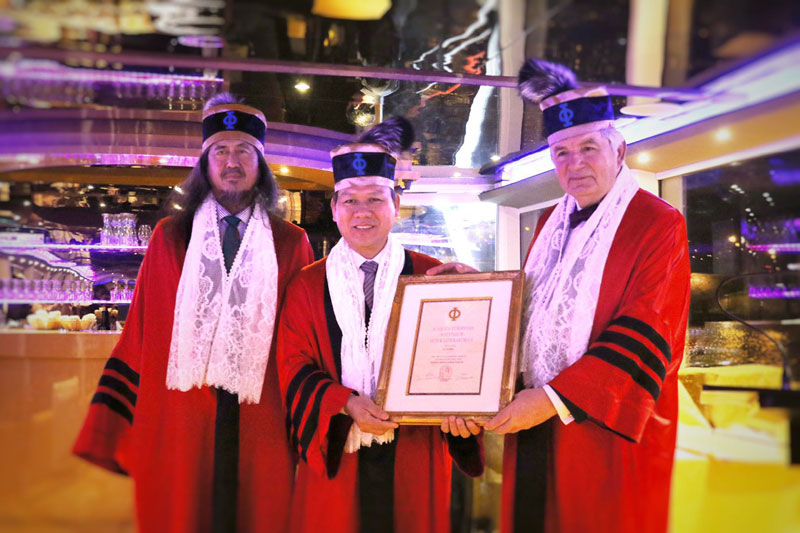 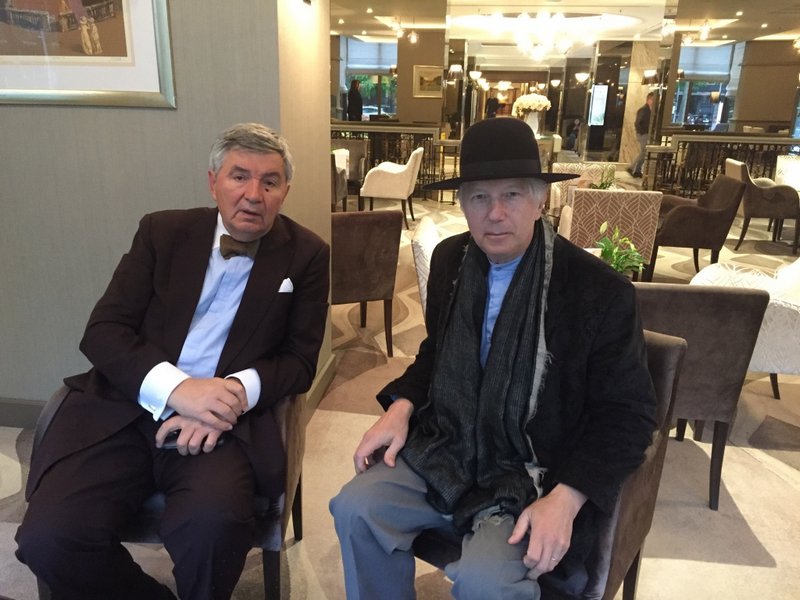 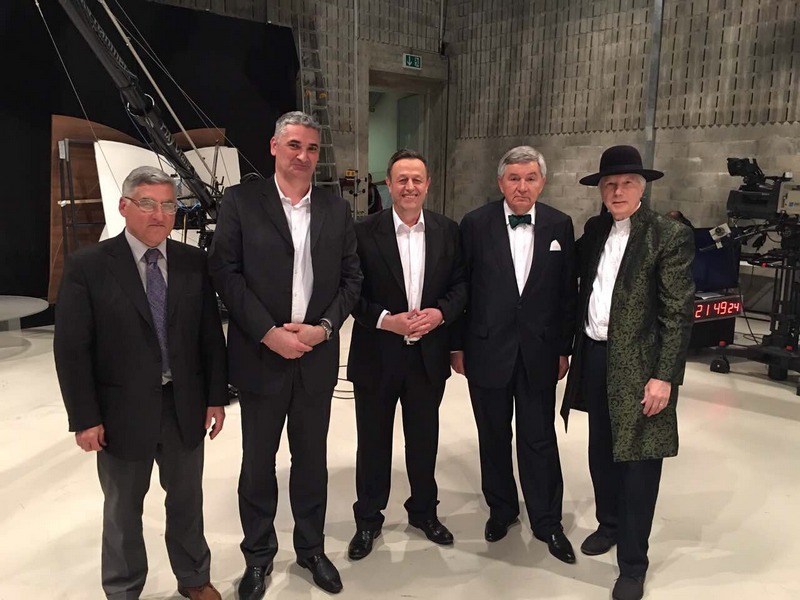 Ante Glibota and Nenad Bach on the right with Luka Krilić, Zdravko Basarić (= Patrick Hughes) on the left, and Branimir Bilić in the middle 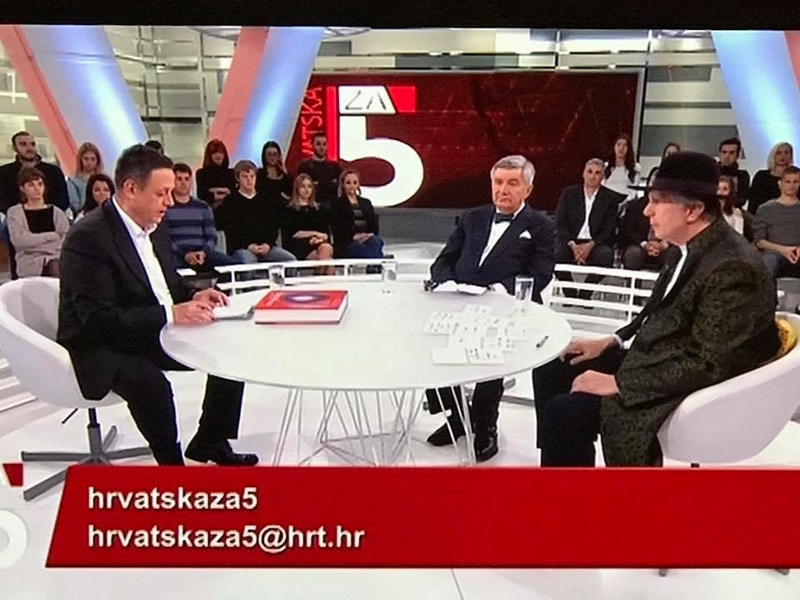 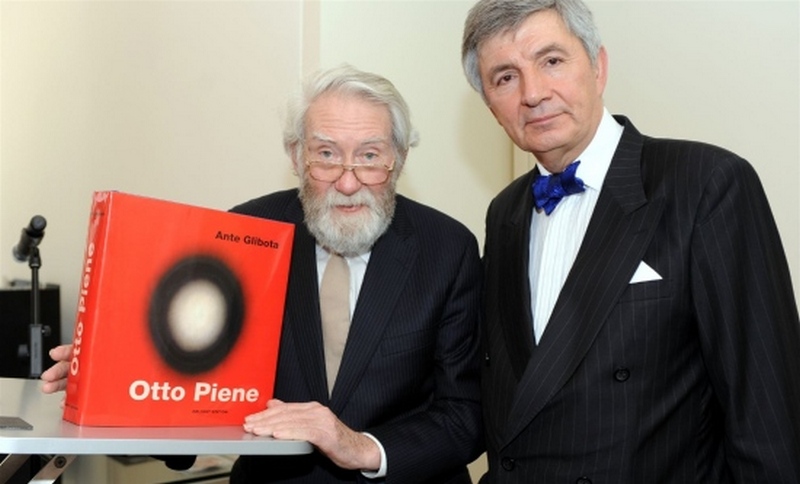 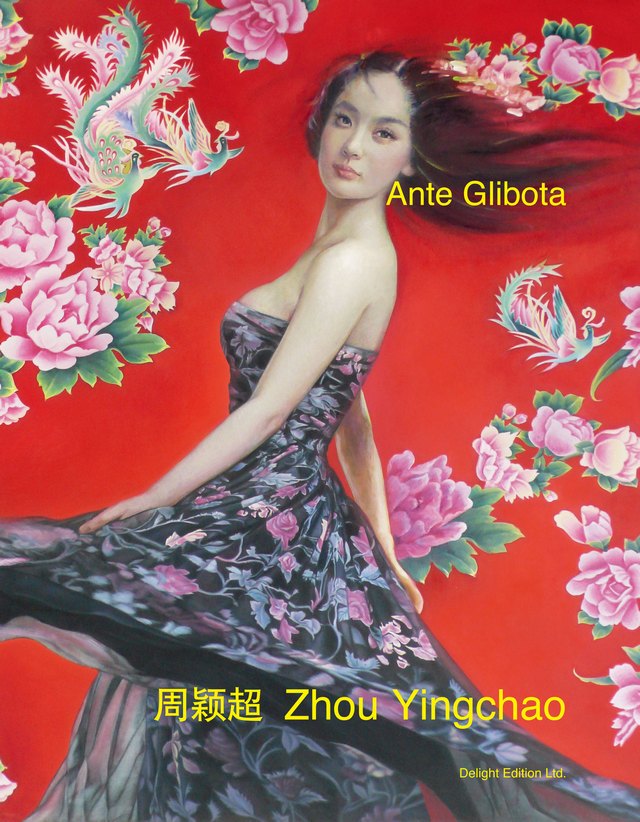 Fantastic monograph by Mr Ante Glibota, Croatian art critic and historian of art, about Zhou Yingchao, distinguished Chinese artist.
The monograph has been printed in Bejing in English and Chinese in 2011, issued by DELIGHT PUBLISHER LTD.
Many thanks to Mr. Ante Glibota for permission to use the photos of his books on this page.
372 pp, format: 31 x 24.5 cm 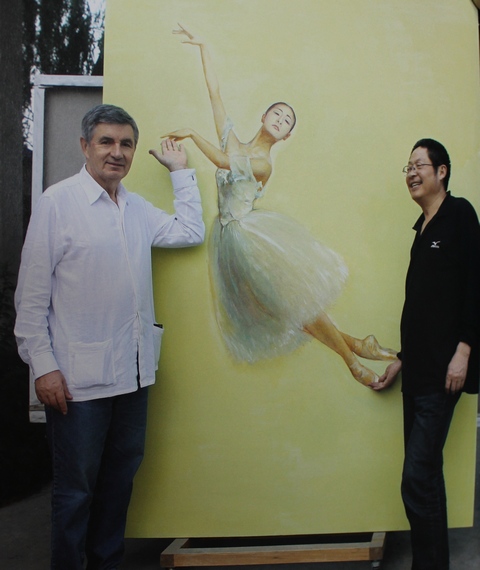 Ante Glibota, ballerina, and Zhou Yingchao, who painted her.
Photo from the monograph of Mr. Ante Glibota, on this web with permission of the author.
By the way, did you know that Croatian ballerina Mia Slavenska,
was one of the greatest in the 20th century. 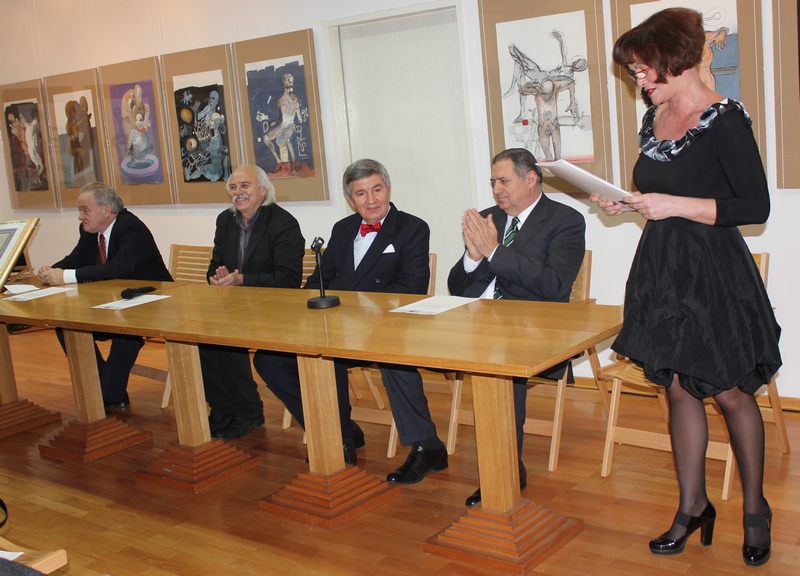 Vladimir Mihaljek, Mladen Pavković, Ante Glibota, Ante ®uľul, Anja ©ovagović Despot
in Hrvatsko slovo cultural center, in the building of the National and University Library, Zagreb, 30th November 2012.
Mr. Glibota was honoured by a special recoginition for his international promotion of Croatian culture,
awarded by the the NGO of Defenders, Invalids and Widows of Croatian Homeland War 1991-1995,
directed by Mr. Mladen Pavković, Podravka, town of Koprivnica.

Signs of Croatian Statehood, by Mr. Ante Glibota,
covered with glagolitic letters from the Baska Tablet from 11th century.