CROWN - Croatian World Network - http://www.croatia.org/crown
Operation "Storm" 1995 is the first ever military action that prevented genocide
http://www.croatia.org/crown/articles/11244/1/Operation-quotStormquot-1995-is-the-first-ever-military-action-that-prevented-genocide.html
Nenad N. Bach and Darko ®ubrinić
By Nenad N. Bach and Darko ®ubrinić
Published on 08/1/2020
Congratulations on the occasion of Victory Day and the Day of Croatian Defenders on 5th August to citizens of Croatia and all Croatians in the world
Operation Storm 1995, film by Nikola Knez
The same video with subtitles in Croatian.
Dr. Slobodan Lang: Operation "Storm" was the first ever military operation that prevented genocide
Luka Misetic: Why Did "Krajina" Serbs leave during Croatia's Operation Storm?
https://croatiabusinessreport.wordpress.com/2020/08/01/operation-storm-webinar-to-be-held-4-august/ 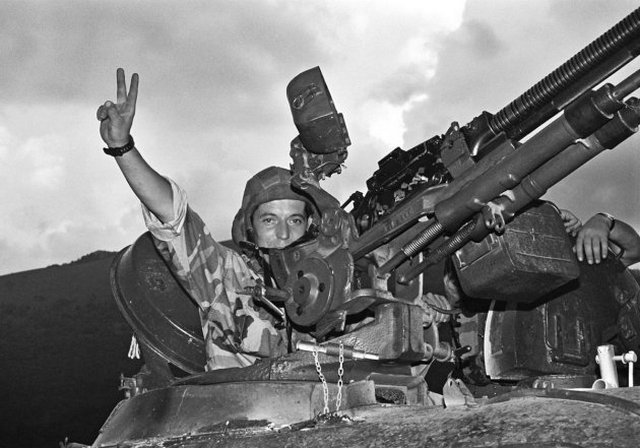 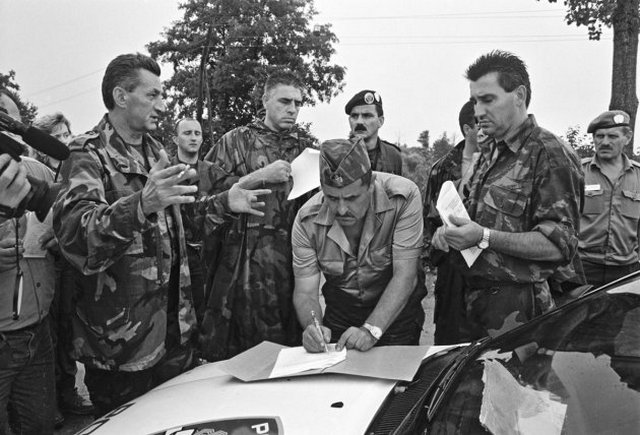 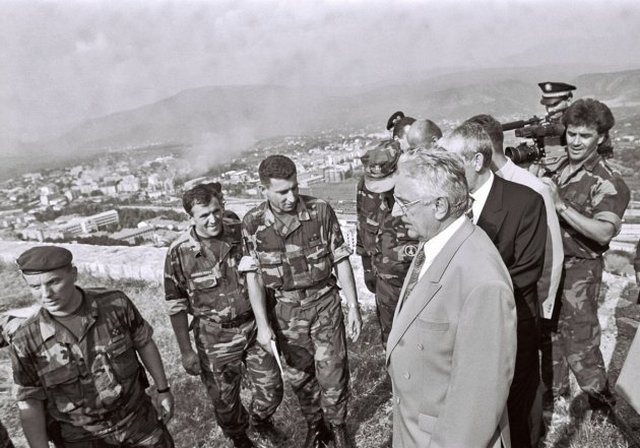 President Franjo Tuđman with his colleagues on the fortress of the liberated town of Knin after five years of Serbian occupation.
Left to him legendary Croatian general Ante Gotovina. 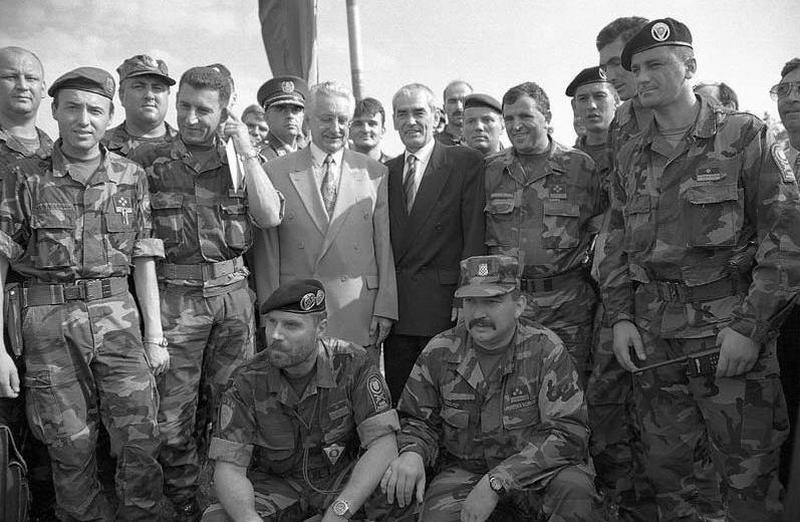 On the Fortress of Croatian King Zvonimir (from 11th century) under the Croatian flag, in liberated Knin a few days after the start of operation "Storm".
President Franjo Tuđman in the middle, right to him Gojko ©uąak, left to him Ante Gotovina. 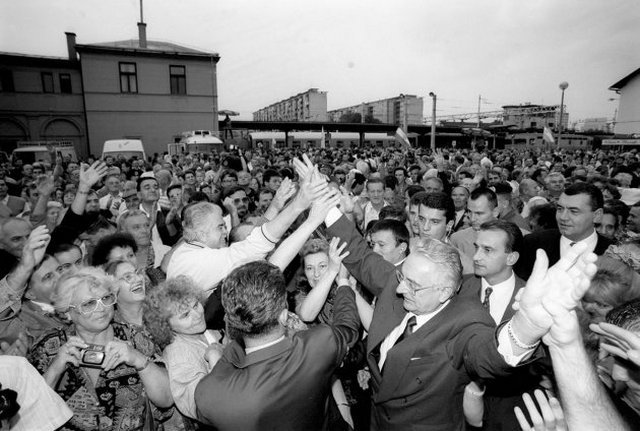 President Franjo Tuđman in the liberated Croatian town of Knin.
All the photos are from the photogallery of the Croatian Ministry of Defence. 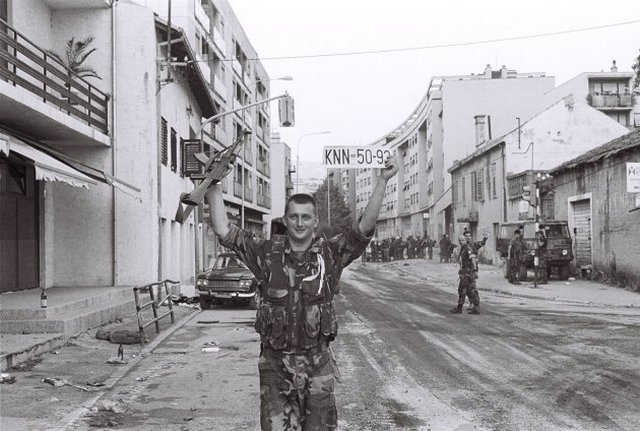 The town of Knin suffered almost no destruction during a few days of its liberation from 4 years of Serbian occupation.
Please, compare with horrible pictures after three months of continous Serbian shelling and bombing of the Croatian city of Vukovar. 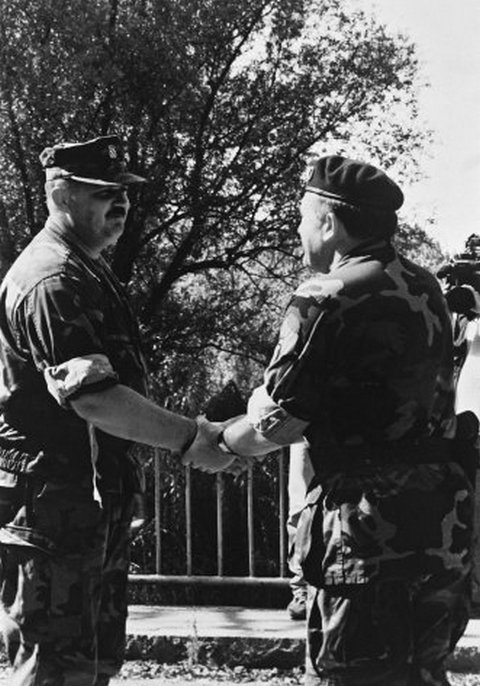 Croatian forces meeting the forces of the Army of Bosnia and Herzegovina at the common border
just a few days after the start of the operation "Storm".
Govor dr. Franje Tuđmana odrľan 5. kolovoza 1996. u Kninu u povodu proslave prve obljetnice "Oluje". 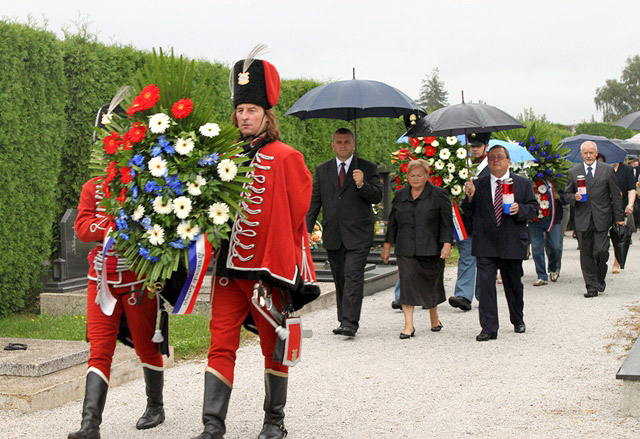