CROWN - Croatian World Network - http://www.croatia.org/crown
Croatian team is winner of the 2018 European Basketball U16 FIBA Competition in Novi Sad
http://www.croatia.org/crown/articles/11103/1/Croatian-team-is-winner-of-the-2018-European-Basketball-U16-FIBA-Competition-in-Novi-Sad.html
Nenad N. Bach and Darko ®ubrinić
By Nenad N. Bach and Darko ®ubrinić
Published on 08/19/2018
Having won against France in the semifinals, Croatia achieved the gold medal against Spain

Croatia is the winner of the FIBA U16 Championship 2018. Photo by FIBA.

Croatia winning against Spain in the finals. Croatian national anthem from 2:08:34.
Young Croatian basketball players, under the age of 16, have won the title of European champions in the competition organized by FIBA in Novi Sad.
Having eleminated France in the semifinals, Croatia managed to achieve a very narow win of 71:70 in a dramatic match with Spanish boys.
Roko Prkačin was proclaimed as the most valuable player, and he was elected to the All-Star Five, along with another Croatian player Boris Tiąma.
Croatia has already won two champion titles, in 2010 and 2011. 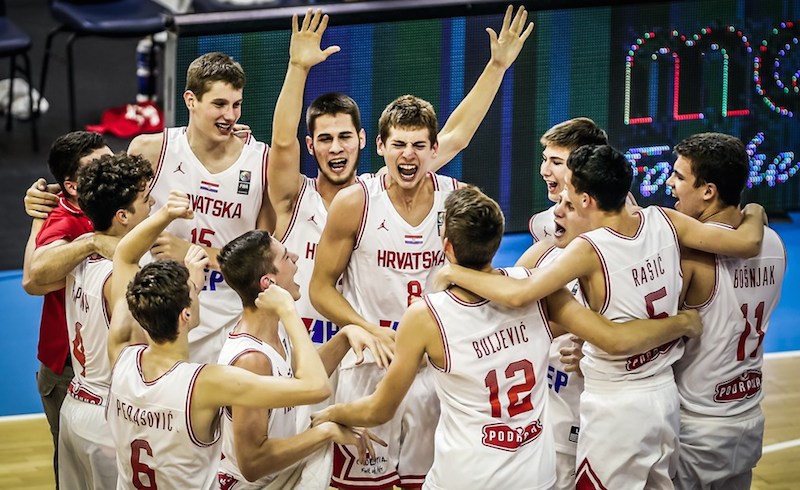 Hrvatska = Croatia. Photo by FIBA.
Croatia winning against France in the semifinals. 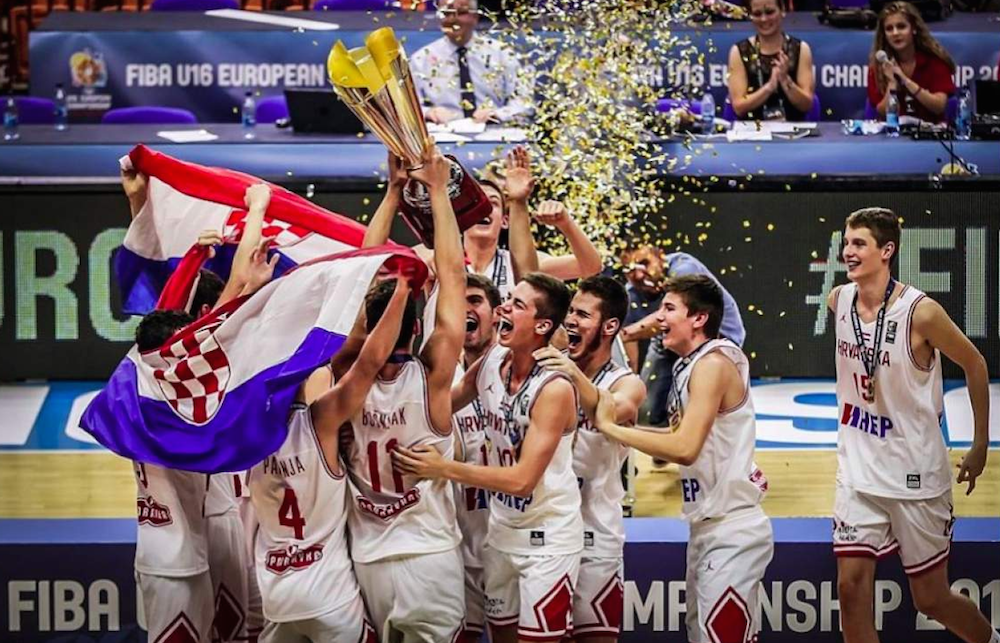 Croatian U16 Basketball team, European champions in 2018. Hrvatska = Croatia.
Roko Prkačin, the most valuable player of the FIBA U16 championship in 2018.