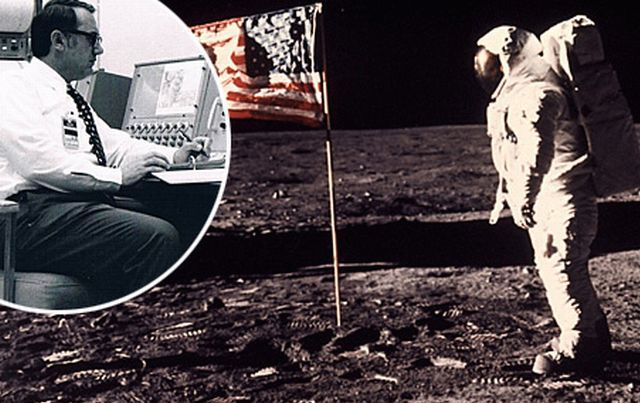 Mike Vucelić, Apollo System Manager / NASA/Rockwell, surveilling the first steps of a human being (Neil Armstrong) on the Moon... 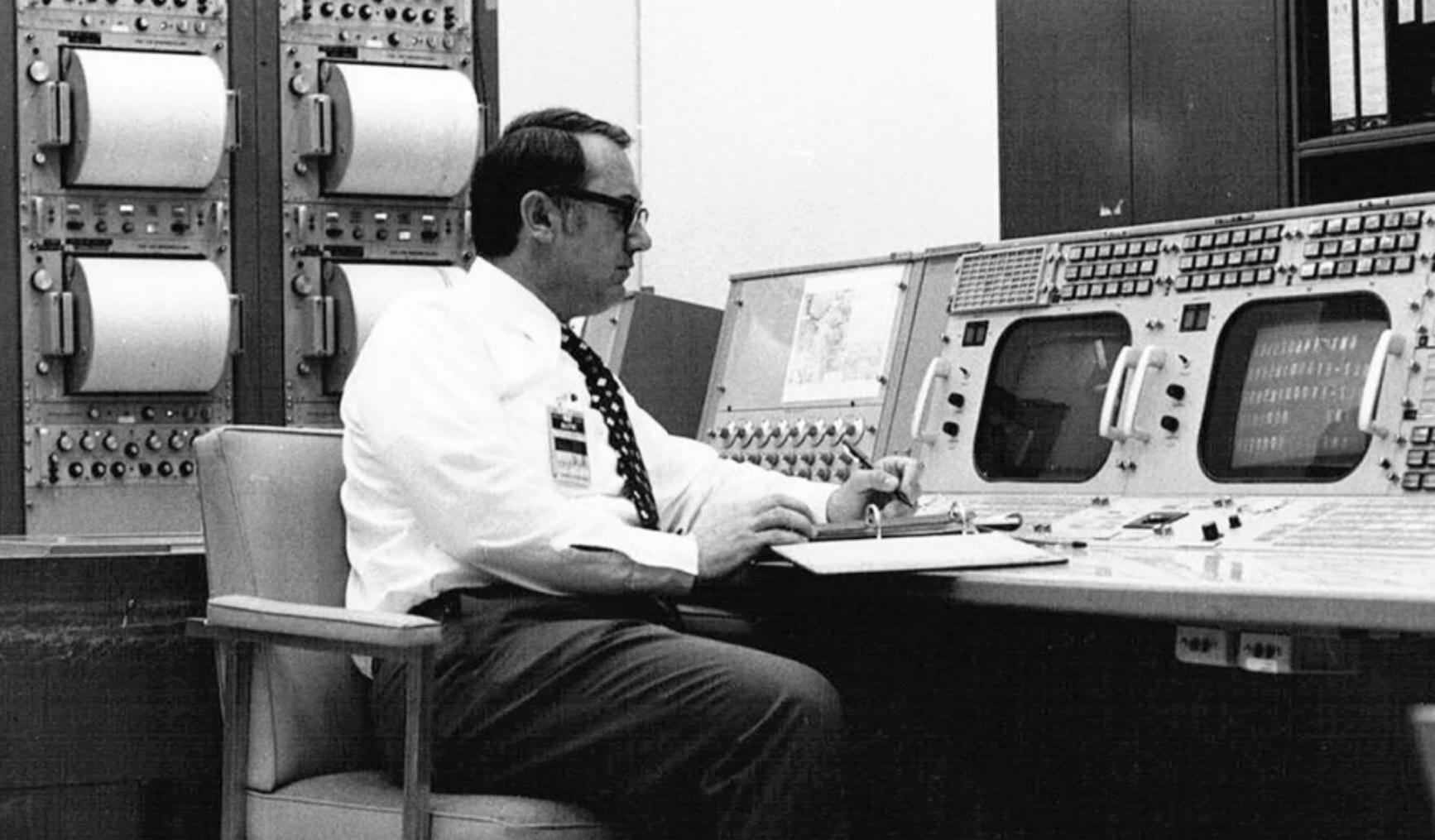 Mike Vucelic interviewed by Dr. Marc Pelletier
Guest: Michael Vucelic, former Apollo system manager for NASA and Rockwell in charge of 300 NASA engineers for APPOLO Program
at control panes for APPOLO VIII and APPOLO XIII working for NASA from 1962 to 1975

Many thanks to Mrs Vesna Blaľina for her kind help in improving the English translation. D.®. 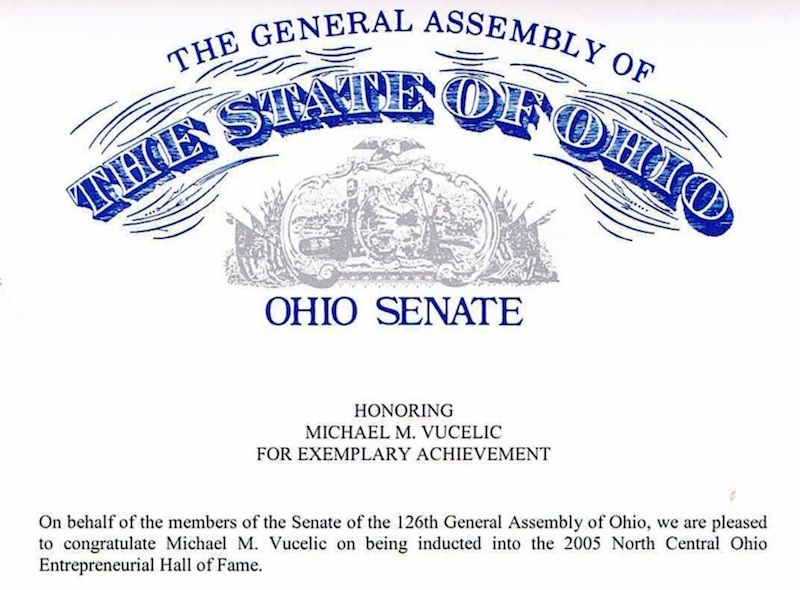 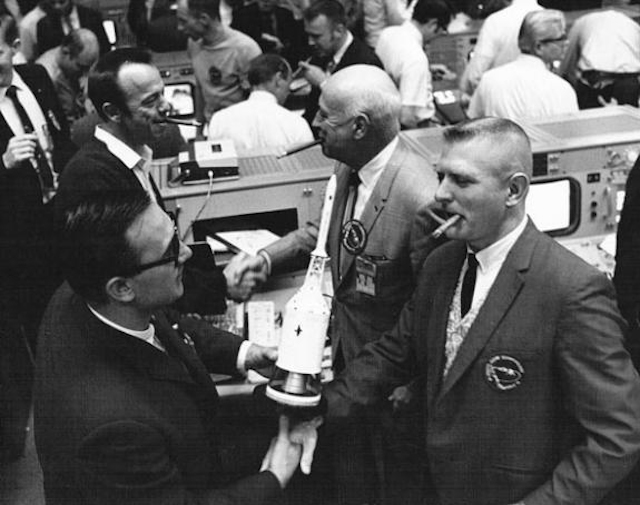 Mike Vucelic with Jim Krantz. Behind him Alan Shepperd (commander of Applo XIV)
with dr. Gilburg, head of the Houston NASA Space Program 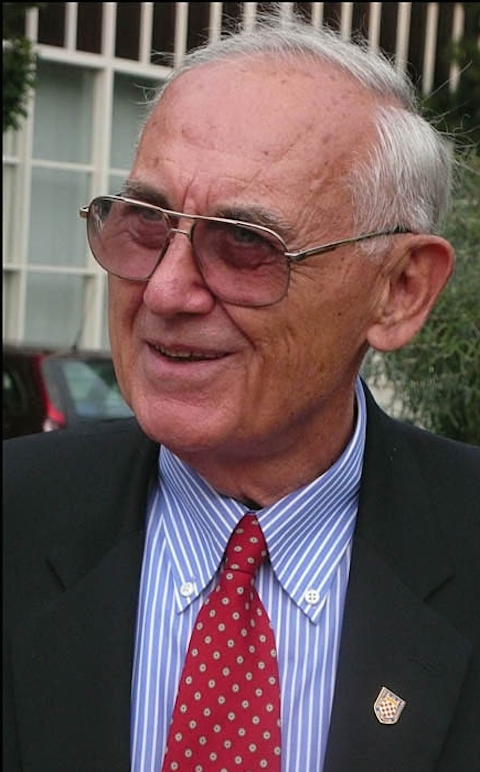 Mike Vucelić is a member of Croatian Nobility. Its badge, consisting of Croatian Coat of Arms,
can be seen on his suit at the bottom, just on the right of his cravat.
Photo by Anto Magzan/Pixell. 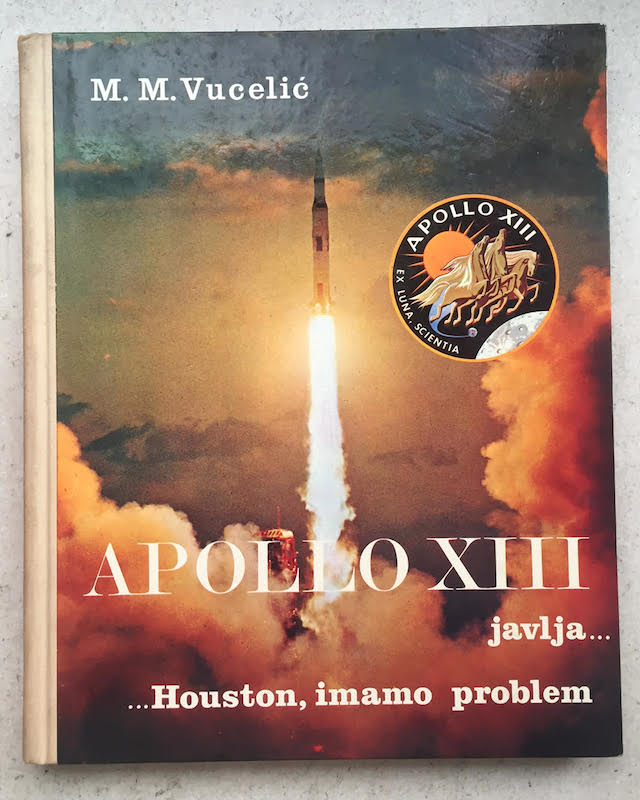 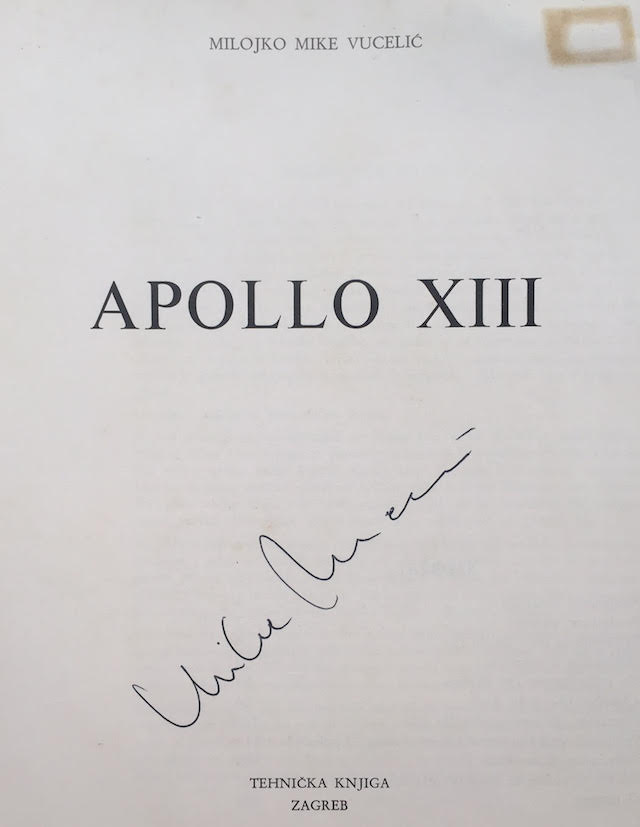 The first page from the above book contains personal dedication by Mike Vucelić, i.e., his signature.
Many thanks to Mr. Gustav Kren of the Zagreb Astronomical Observatory, for lending us his copy of Vucelić's book.
Apollo 13 US Space Program - Documentary 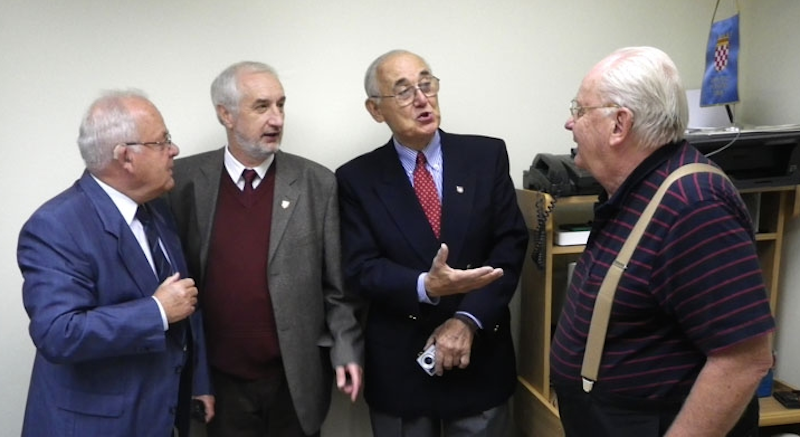 Mike Vucelić with his colleagues members of Croatian Nobility in Zagreb 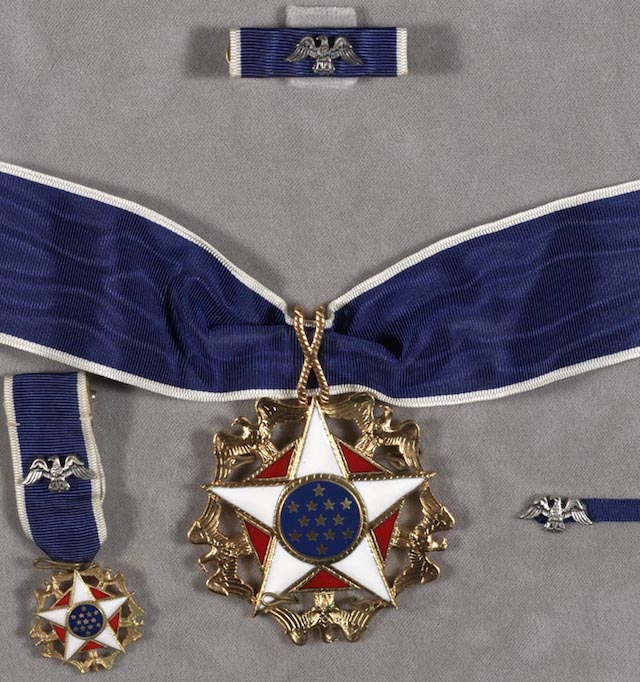 Presidential Medal of Freedom that Mike Vucelić obtained from the president of the USA for his efforts
in order to save three astronauts of the Apollo 13 crew. 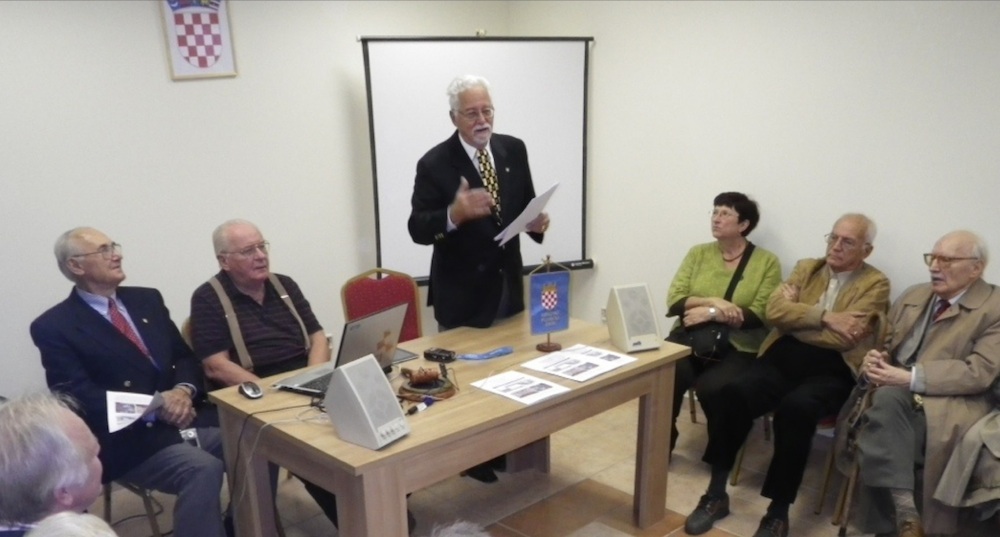 Milojko Mike Vucelić on the left with his colleagues and friends in Zagreb. Photo by Anto Magzan/Pixell. 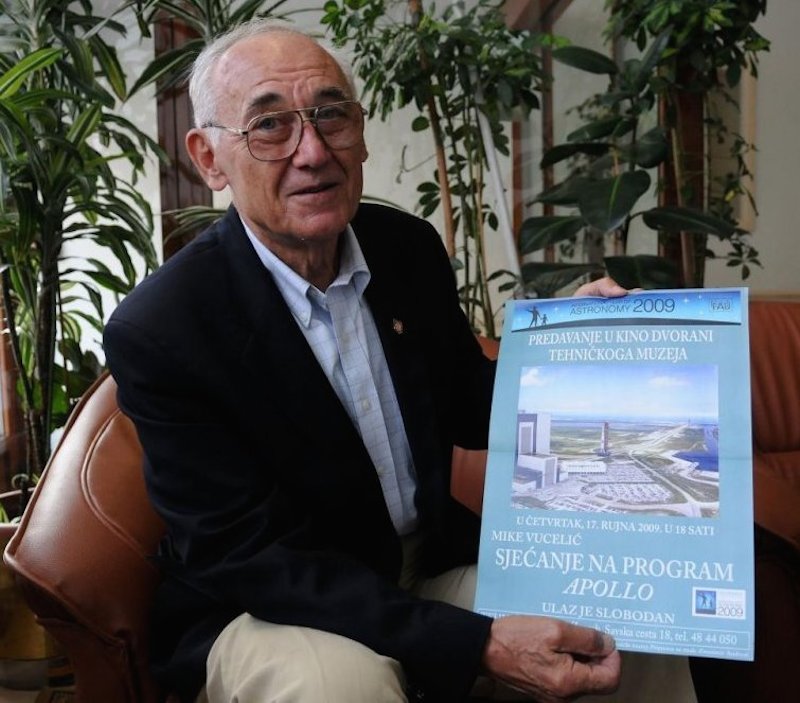 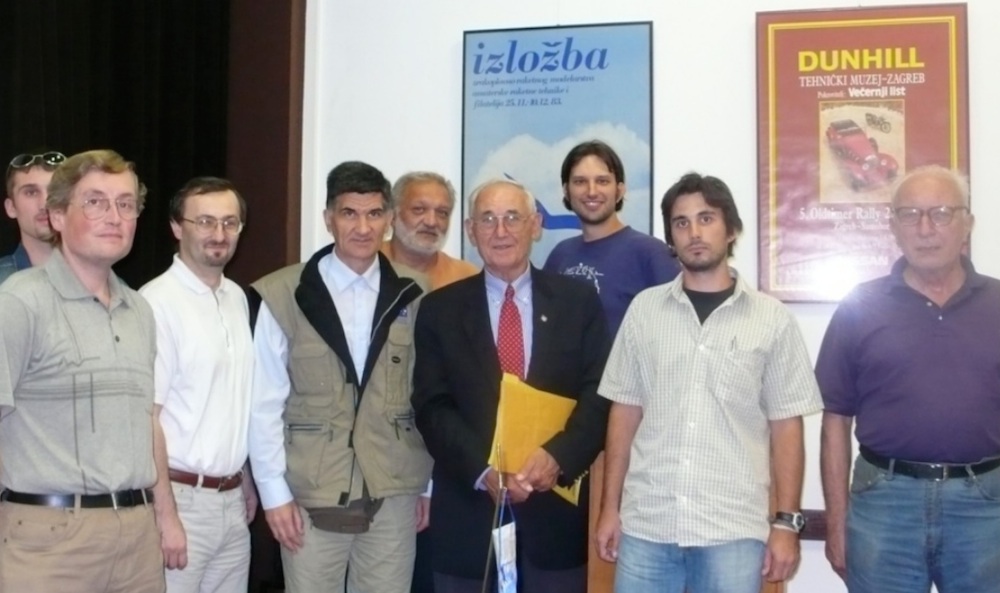 Mike Vucelić with his colleages and friends in Croatia's capital Zagreb,
at the Technical Museum. Photo by Anto Magzan/Pixell. 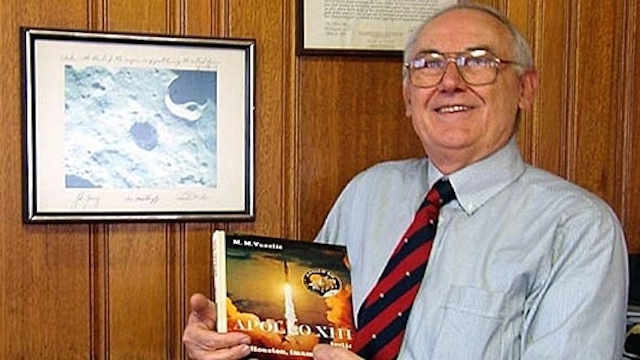 Mike Vucelić proud of his monograph Apollo XIII, published in 1970 in Zagreb in Croatian language.
Photo by Anto Magzan/Pixell. 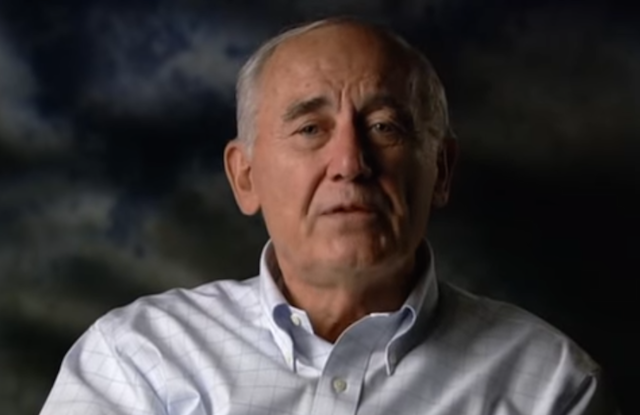