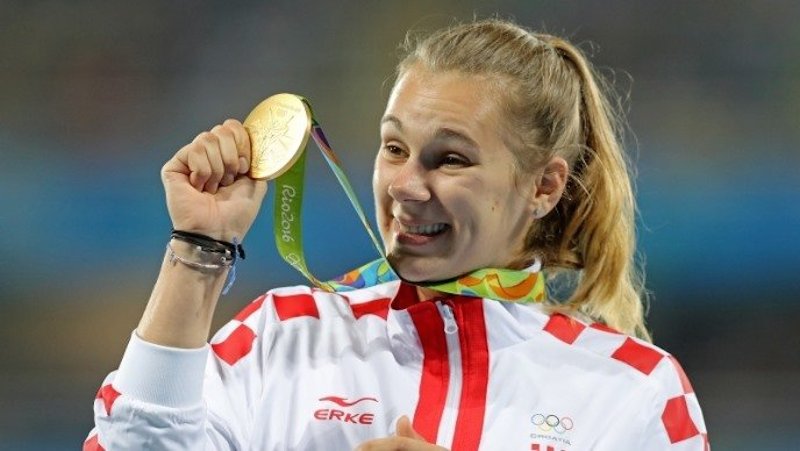 Sara Kolak with her gold medal at the age of 21 is the greatest surprise of the athletic part of the Olympic Games in Rio 2016. 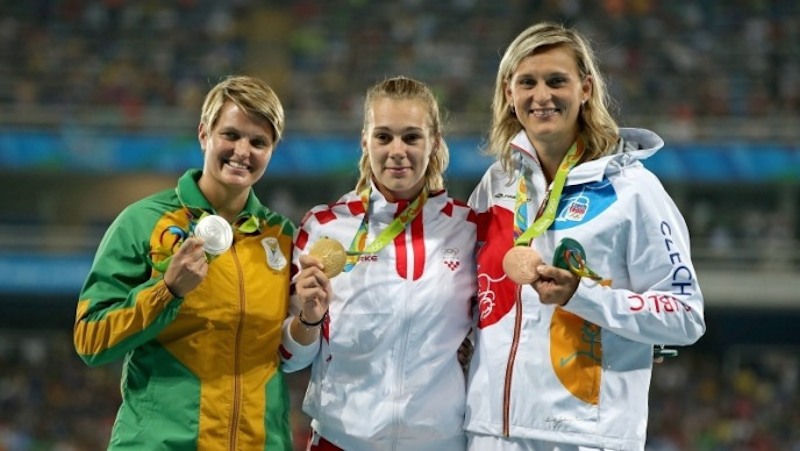 Sara Kolak celebrating her victory, with representatives of South Africa (Sunette Viljoen) and Czechia (Barbora ©potakova). Photo by I. Kralj/Pixell 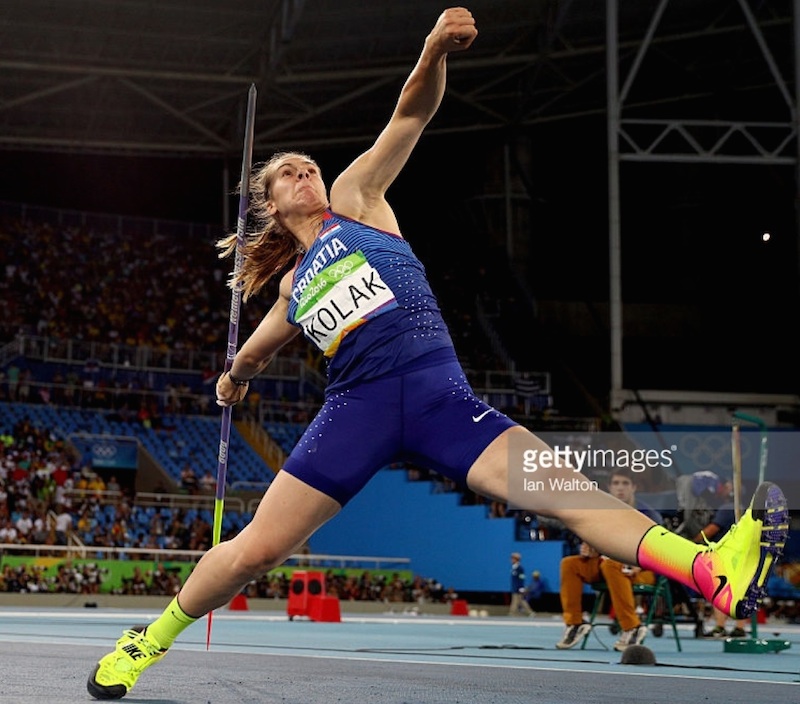 
Sara Kolak in March 2016, five months before the Olympic Games in Rio 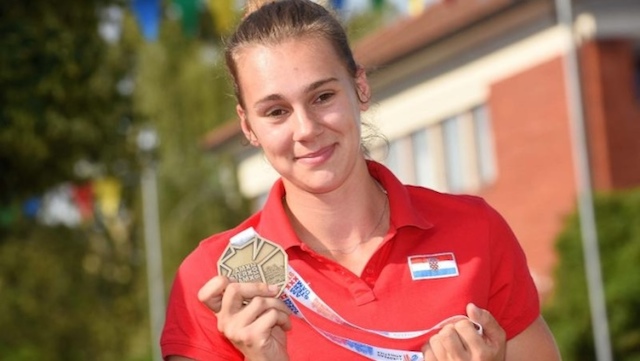 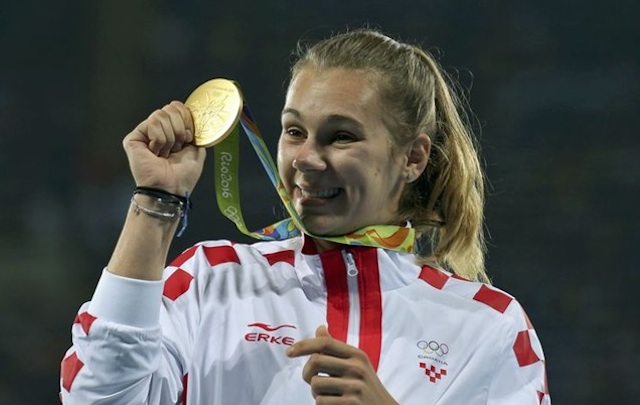 Sara Kolak of Croatia winner of the Olympic gold medal in javelin throw in Rio in August 2016. Photo by G. Fuentes/Reuters. 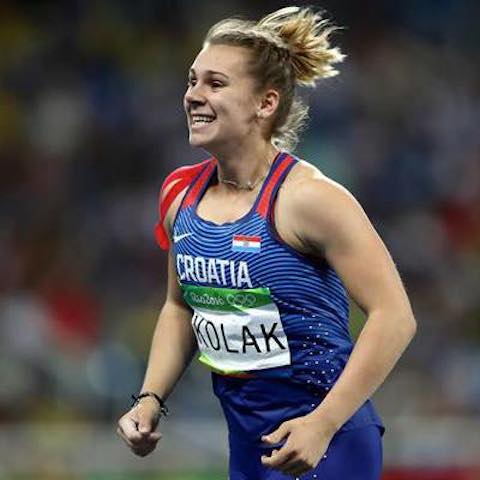 Sara Kolak has a Slovenian trainer Andrej Hajnąek, who led her to the Olympic throne.
Sara lives in Ludbreg, in the town in which Rudolf Fizir was born, distinguished  Croatian constructor of airplanes.


The greatest success in the olympic history of Croatian sports:
Croatia won 5 gold medals at the 2016 Olympic Games in Rio,
which means very high 17th place among 198 participating countries.

Among 27 member states of the EU (European Union), Croatia is seventh: 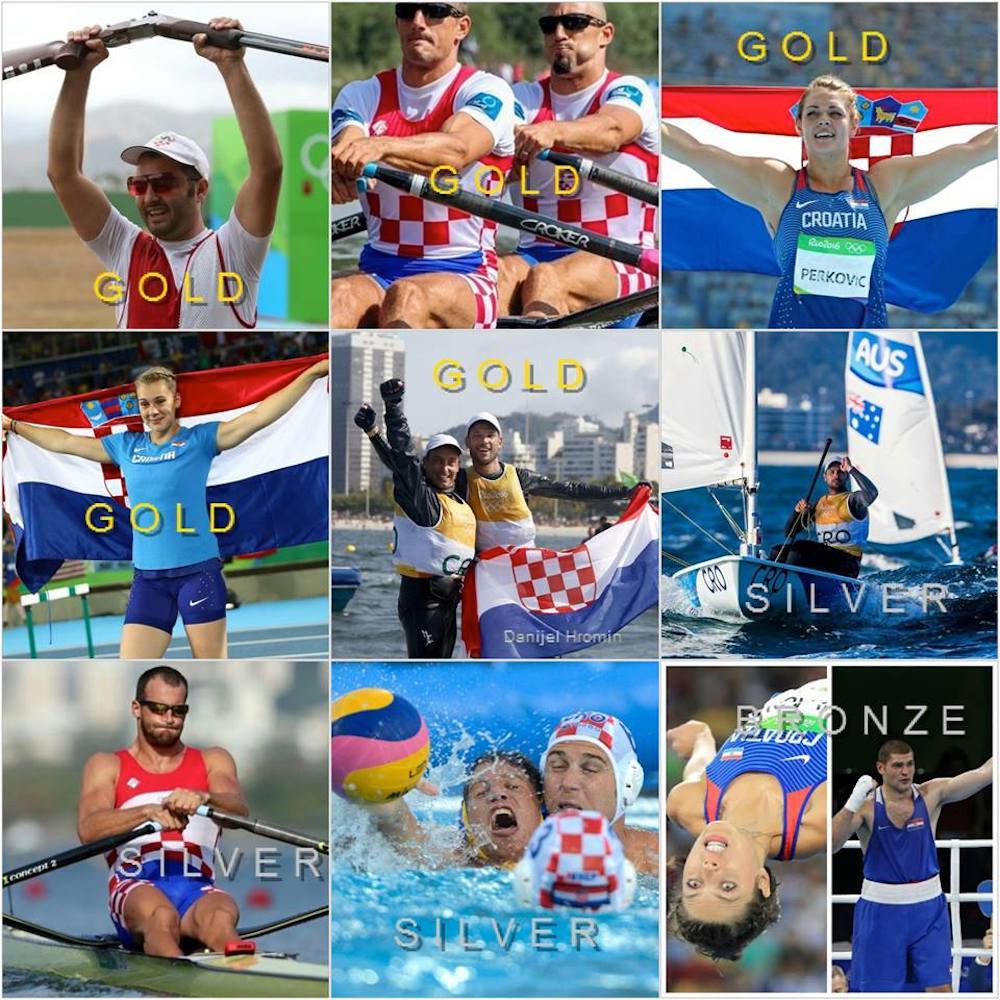