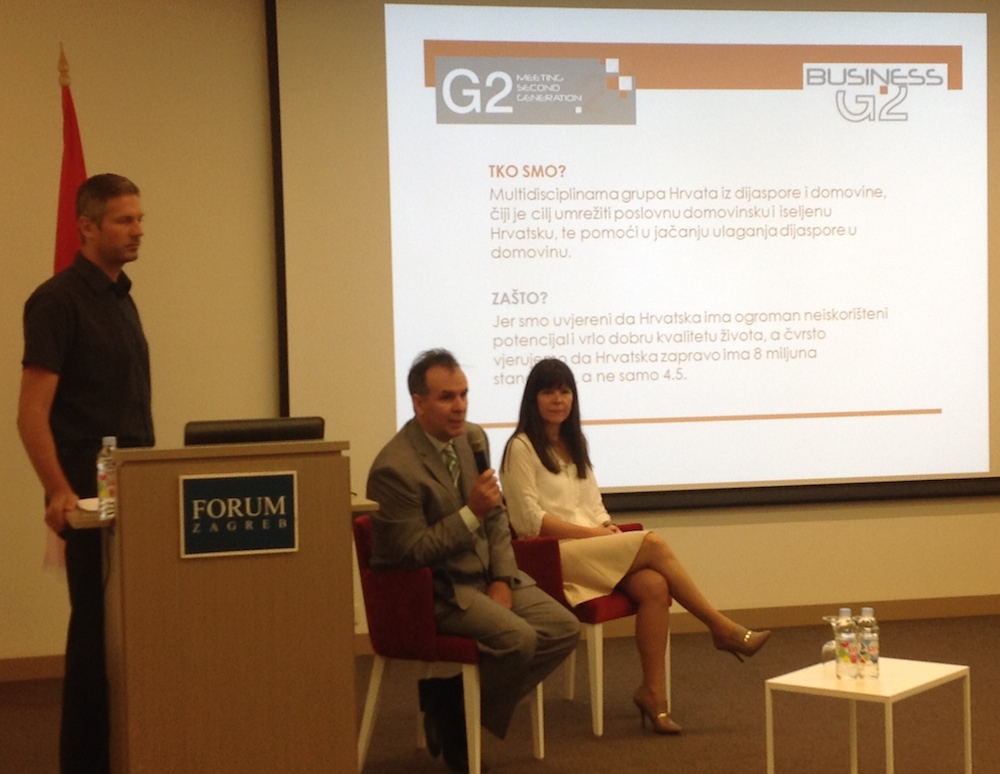 Josip Hrgetiæ, director of the Forum Center in Zagreb, describing the aims of the forthcoming G2.2 Conference 10-12 October 2016 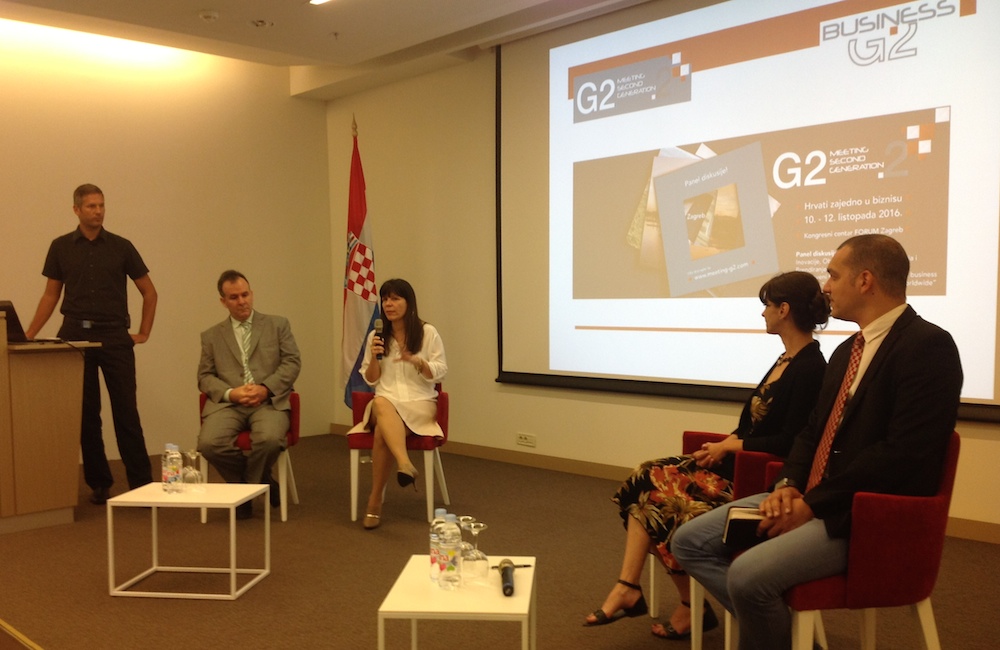 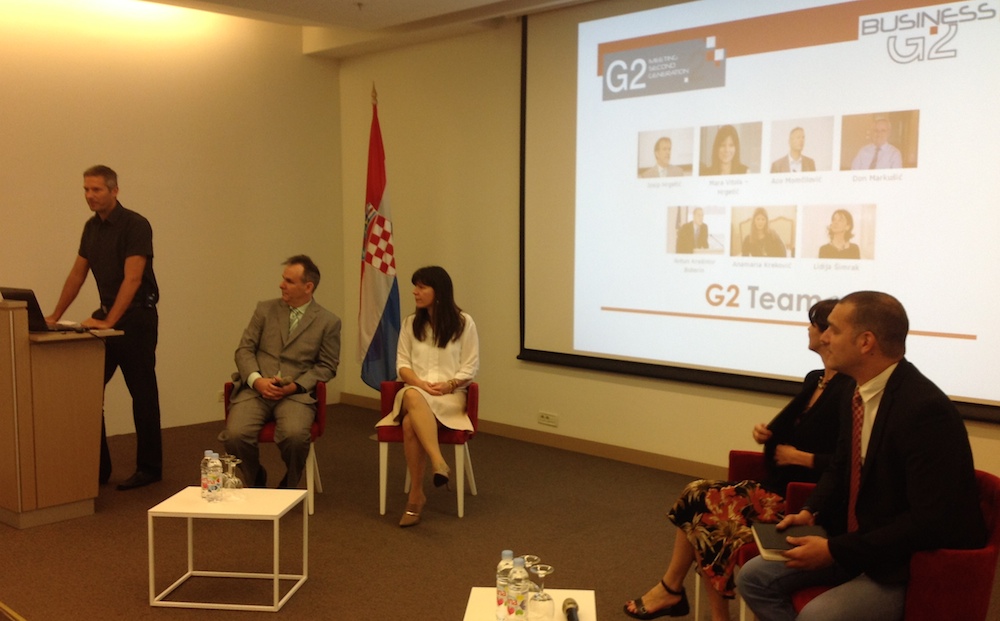 On the left Aco Momèiæoviæ, advisor and coordinator of the G2.2 Conference

Organizing Committee of the G2.2 Conference 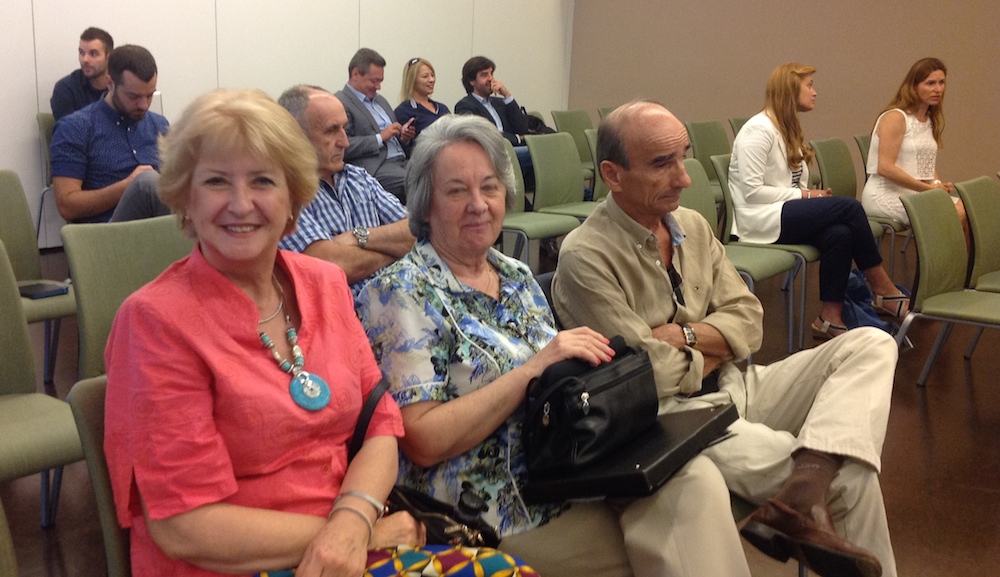 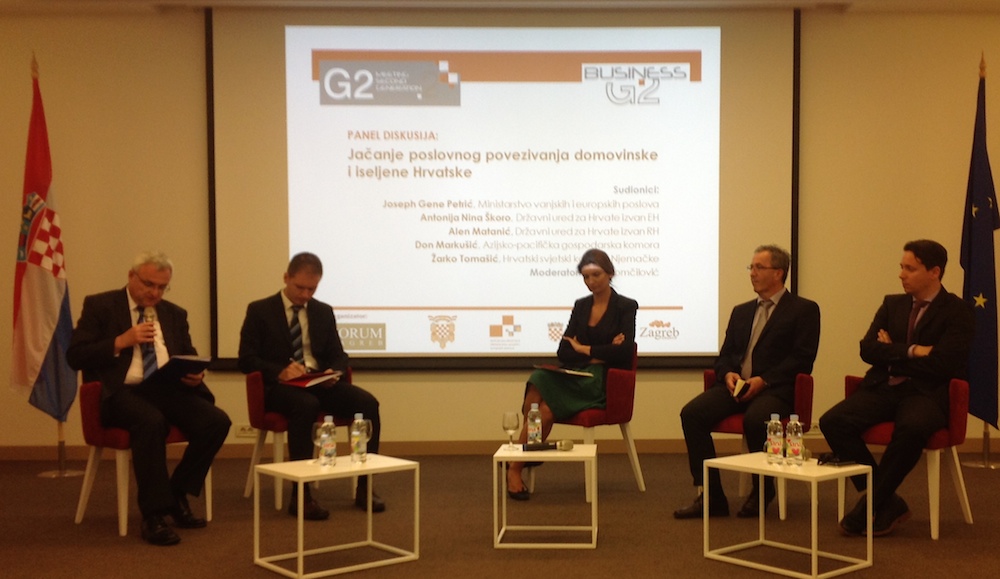 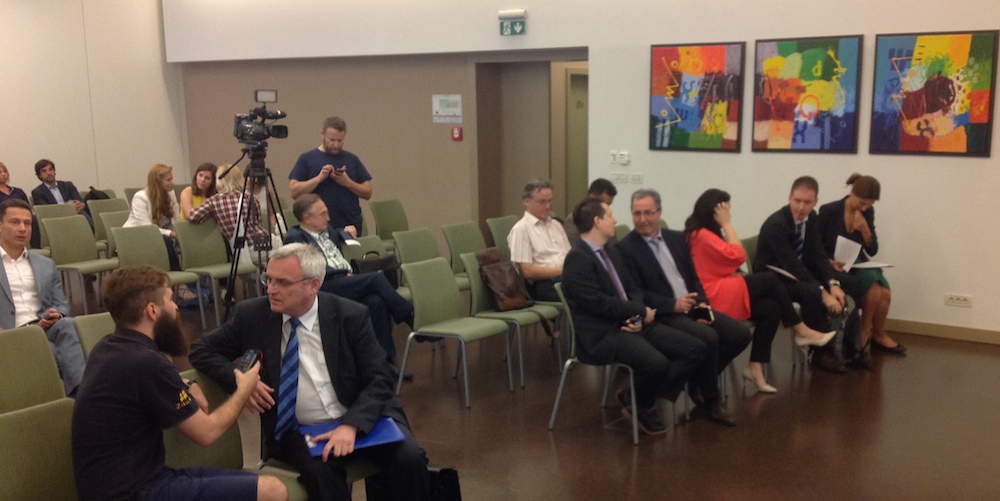 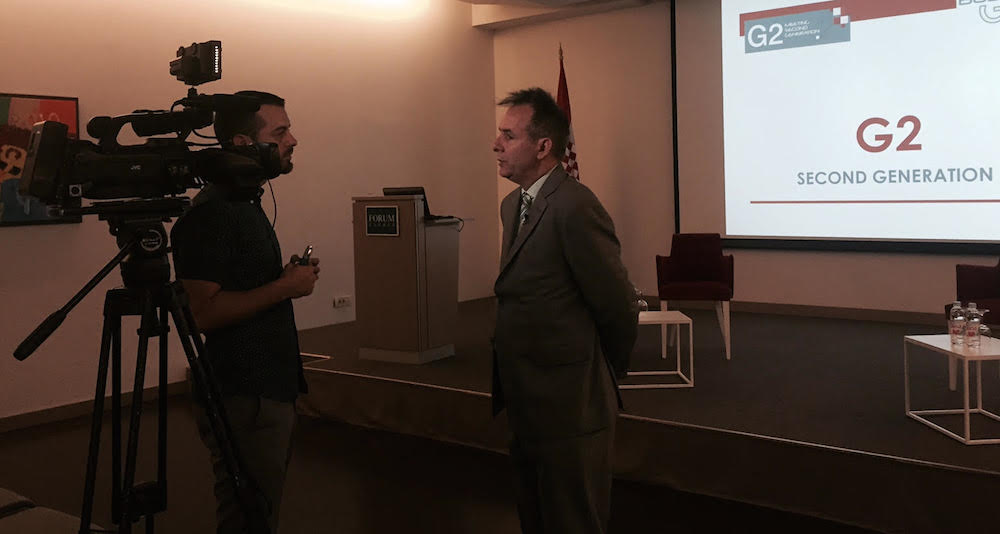 An interview with Josip Hrgetiæ, director of the Forum Center 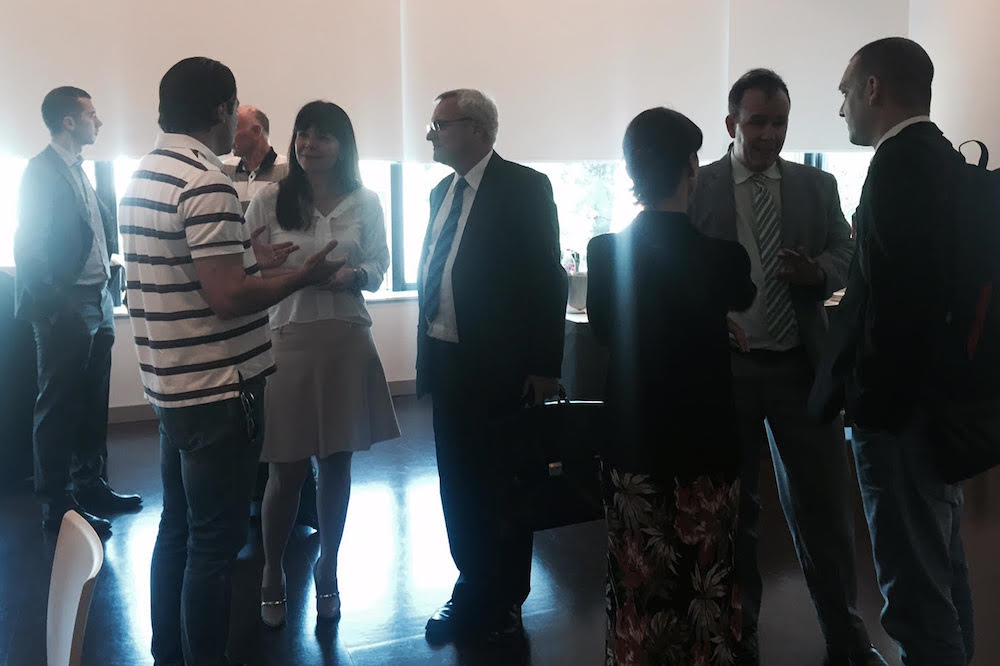 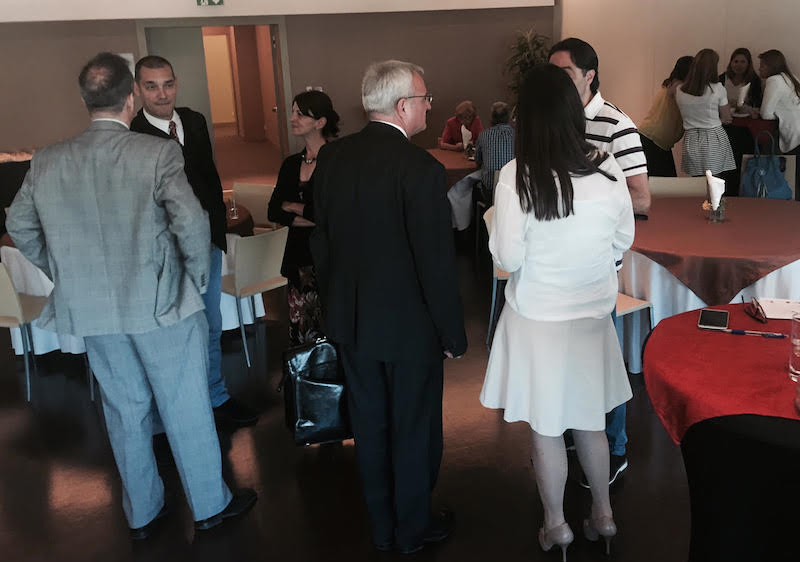 Jadranka (Adriana Erica) Relota on the left, born in Buenos Aires, university professor of Mathematics, now living in Croatia, Dubravka Frkoviæ from Buenos Aires next to her.
Second from the right, Stjepan Asiæ from Australia, Melbourne, former president of the Croatian World Congress.