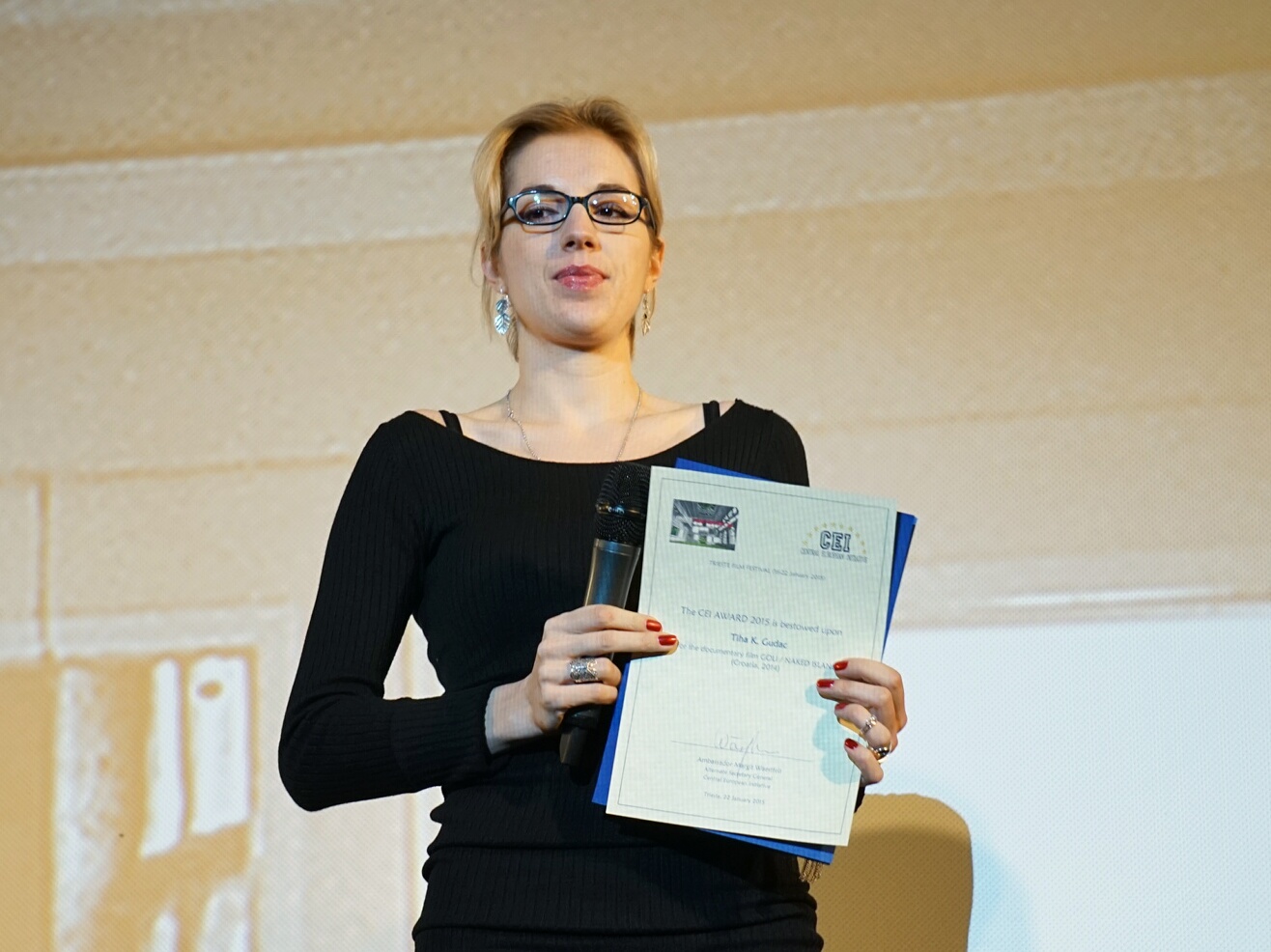 Tiha K. Gudac, born in Zagreb in 1982, was awarded for the documentary film Goli (Naked Island) which, as underlined by the jury, “denounces how a nation’s past can haunt its present”. The CEI Award (3.000 EUR) was presented by Alternate Secretary General, Amb. Margit Waestfelt, on the occasion of the awarding ceremony in Trieste on 22 January.

Goli is an investigation built upon the ruins of the past, a mosaic made of clues, family photos and intimate testimonies of a tight-knit group of people who were brought together by the same place, a political prison in former Yugoslavia, also known as an “Island of broken souls” – and consequences this place has left on three generations. At the same time it is a fascinating portrayal of a moment in which a past can become history and a brave documentary defies silence and fear. Goli was awarded as best documentary at the latest Sarajevo Film Festival.

The CEI, through the Cooperation Fund, is one of the sponsors of the Trieste Film Festival, the Italian leading appointment with Central and Eastern European cinema, offering a unique retrospective of quality filmmaking production from the CEI region.

In particular, the CEI is supporting the “Eastweek” project, an international script-writing workshop involving film schools and academies from Central and Eastern Europe. Its main objective is to develop the selected projects from the delicate phase of the initial idea through a series of tutorials, masterclasses and case studies. This year, 10 students attended the workshop with the participation of two major screenwriters as trainers, Nicos Panayotopoulos and Pavel Jech.

In the framework of the Festival, CEI support is also given to the co-production forum “When East Meets West” gathering funding, commissioning editors, sales agents, distributors and producers, in particular from Eastern Europe, Italy and – in 2015 – from the UK, Ireland, Canada and the USA. 22 projects from 29 countries were pitched: 12 fiction feature films and 10 documentaries. 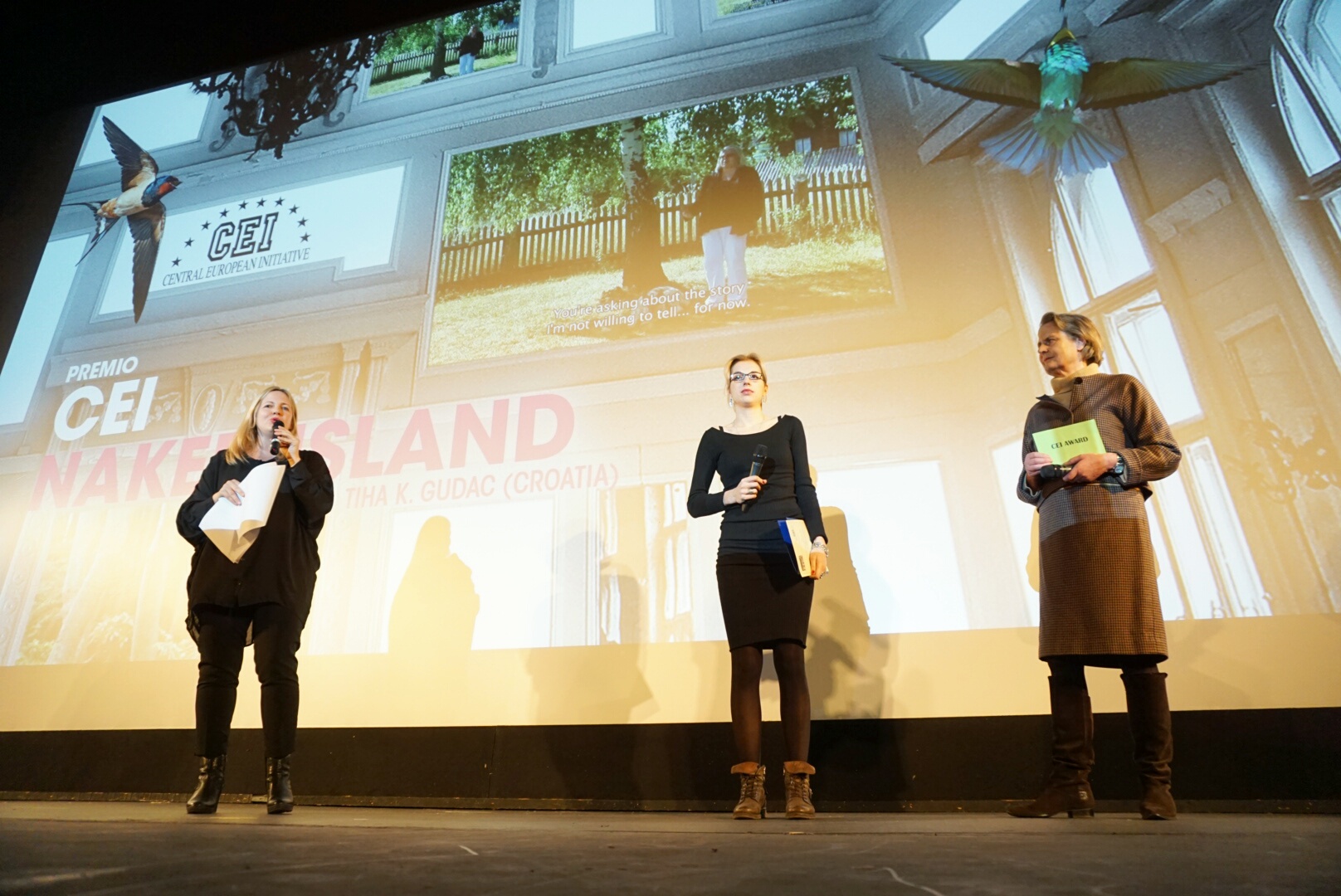 Tiha K. Gudac (Zagreb, 1982) is a film producer from Zagreb. She has obtained University degrees in Film Production and in Business Economics. Her earlier work includes acting, theatre production, marketing, PR, and intensive involvement in non-profit sector mostly in conflict- resolution. Later she moved to working almost exclusively in production of audiovisual formats and film festival. She has independently produced short films some of which have been awarded, and has worked on crews of feature fiction and documentary films, animated films etc...“Naked Island” is her first film as a director.

Formatted for CROWN by Marko Puljić
Distributed by www.Croatia.org This message is intended for Croatian Associations / Institutions and their Friends in Croatia and in the World. The opinions / articles expressed on this list do not reflect personal opinions of the moderator. If the reader of this message is not the intended recipient, please delete or destroy all copies of this communication and please, let us know! Or simply...enjoy and spread the word and good vibrations.