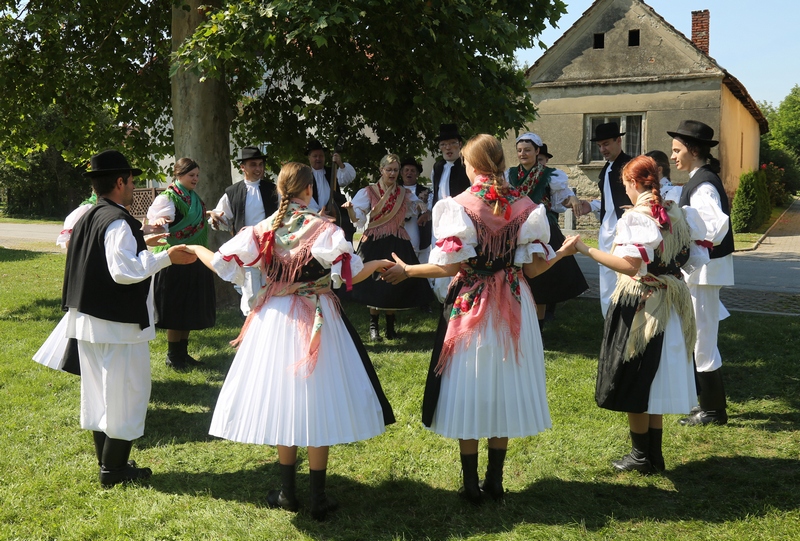 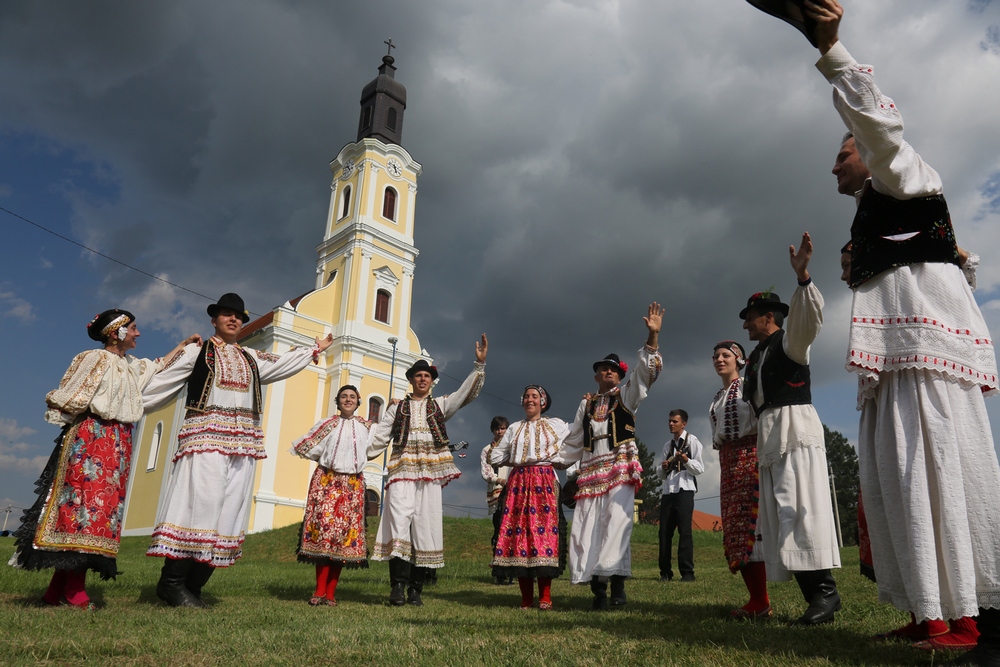 Picturesque costumes from the village of Dubo¹evica in Slavonia, from Baranja near the Danube river, on Croatian north-east. 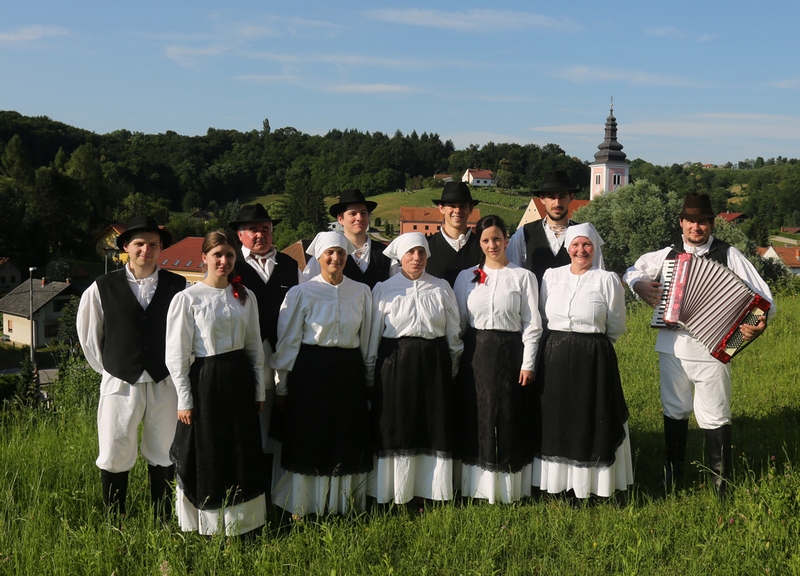 From the village of ©trigova in Meðimurje. There is an old local tradition that St. Jerome was born in ©trigova. 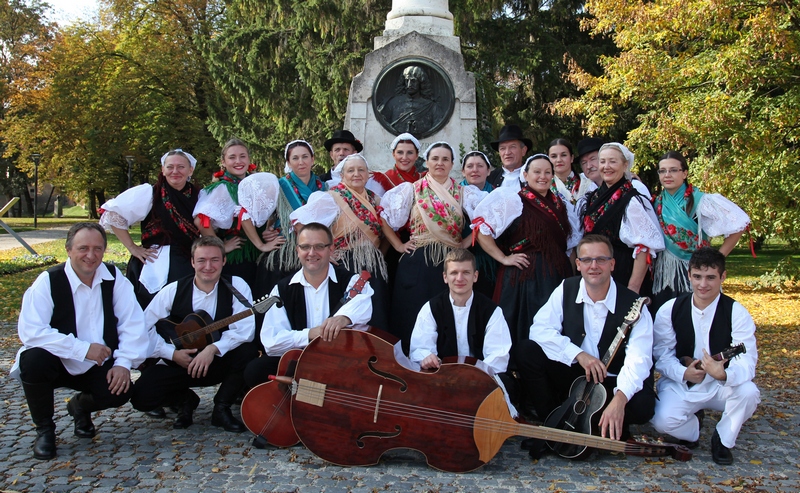 Representatives of the village of Mihovljan, on the north of the Croatian captial Zagreb. 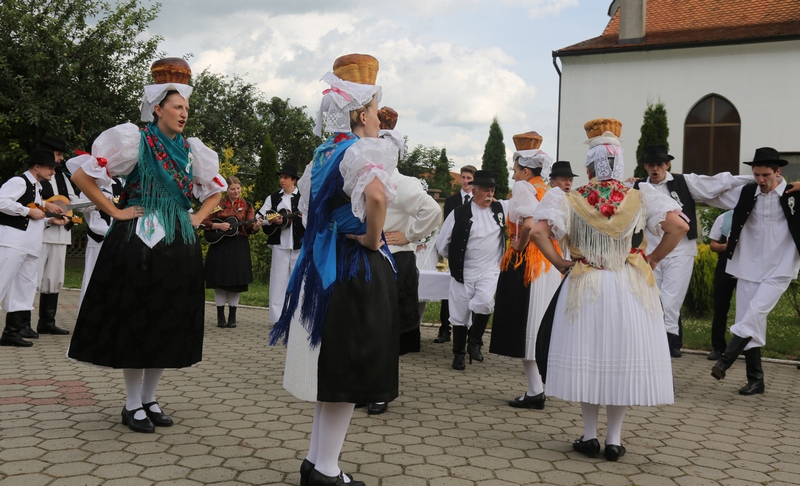 A dance from Mala Subotica, a village in Meðimurje. 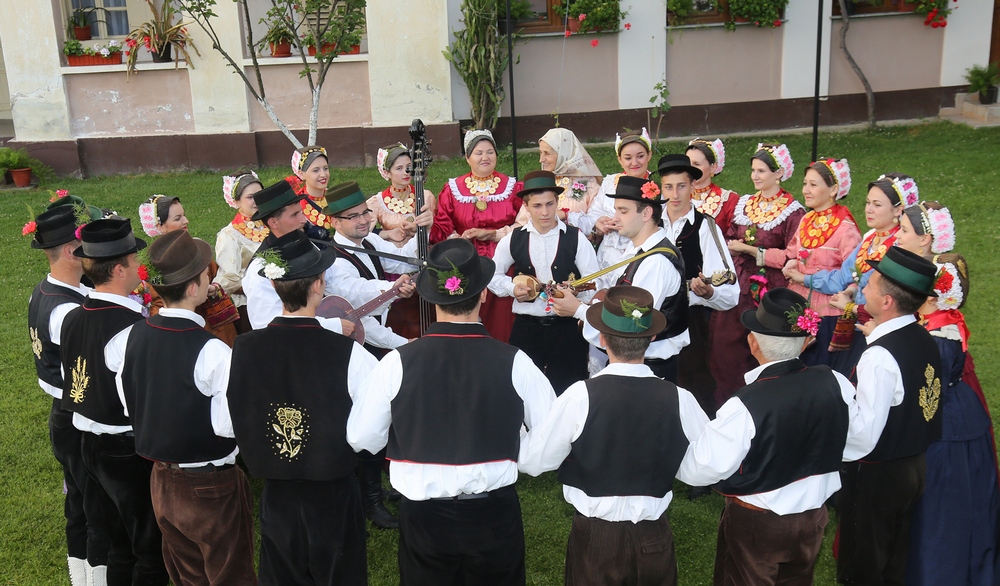 Croatian folklore group from the village of Kupina from Slavonija, south-east of Croatia, near the Sava river. 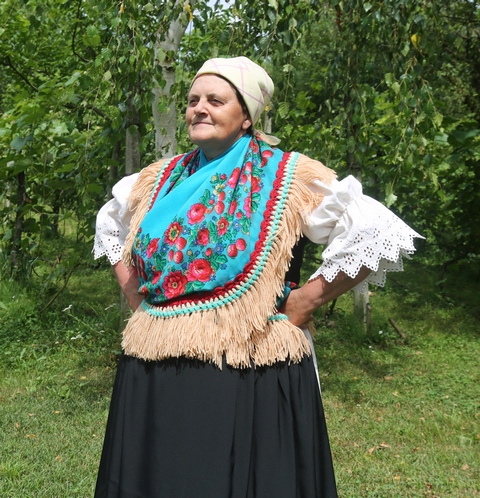 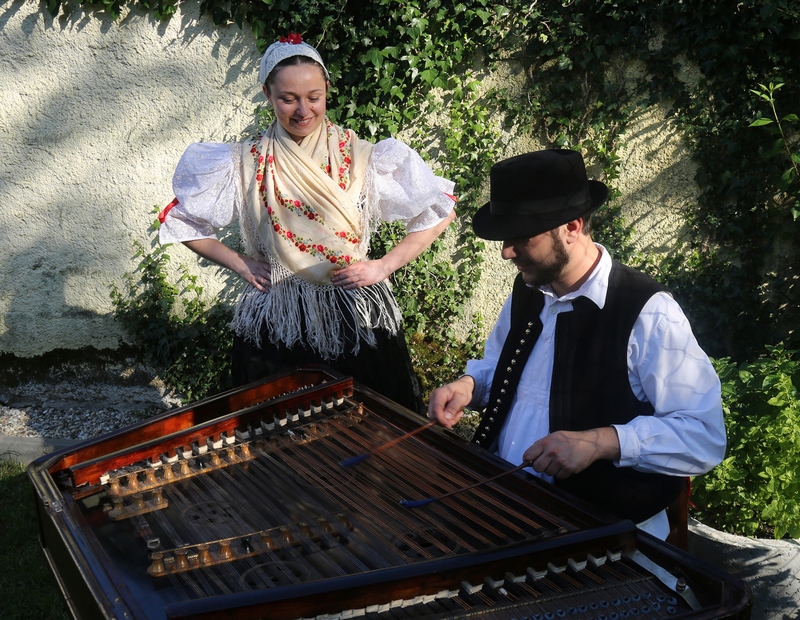 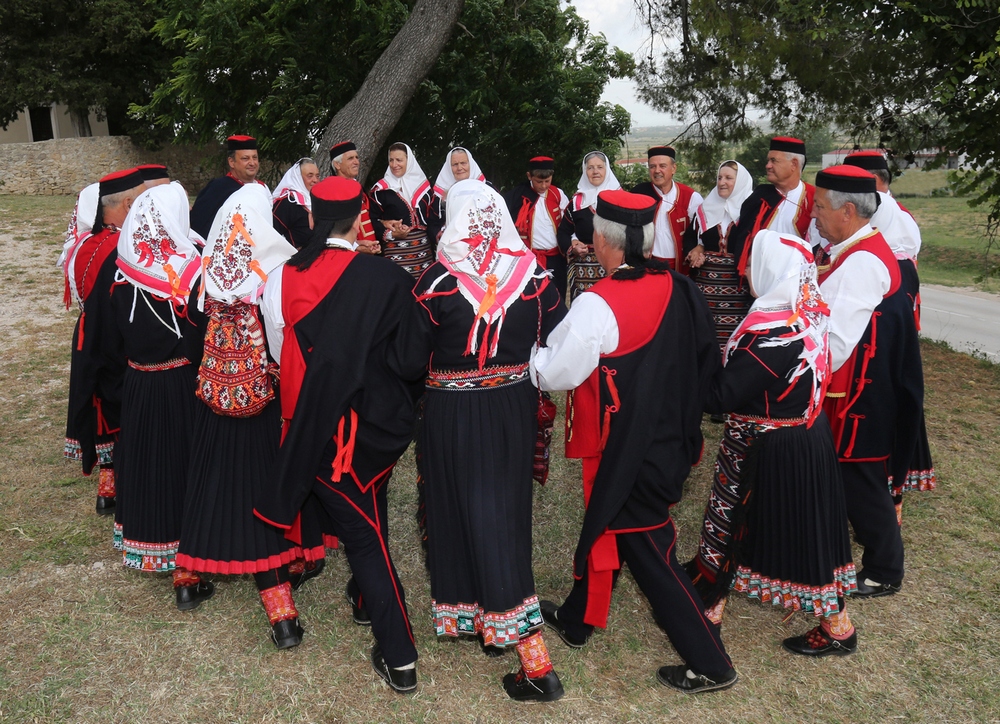 Totally different dresses, singing and folk dances from Zemunik, near the city of Zadar on Croatian south.
All the photos are from  the Internatinal Folklore Festival, Zagreb.

Another fantastic folklore festival in Croatia - in Ðakovo:


47. Ðakovaèki vezovi, 2013, with special guests from New Zealand - TARARA
A more detailed report about their spectacular appearances in Croatia will follow soon.