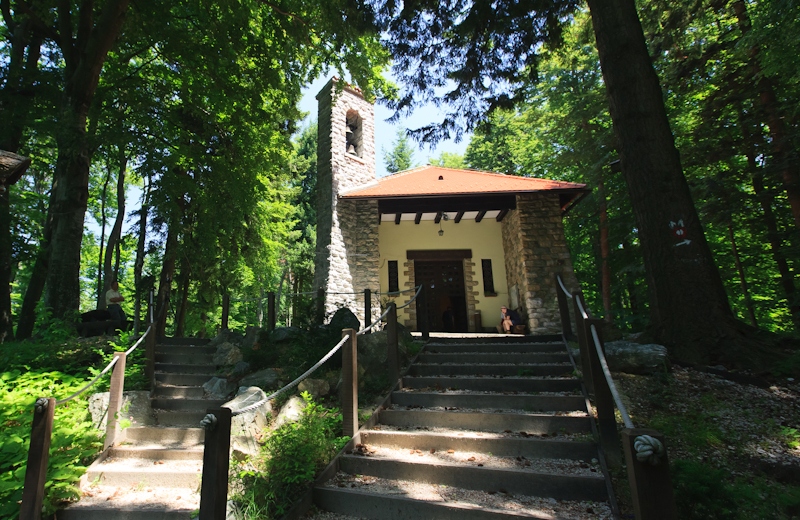 Majka BoŸja Sljemenska Kraljice Hrvata. Mother Mary of Sljeme of the Queen of Croatians.
It was built in 1932 according to the project Juraj Denzler, Croatian architect. 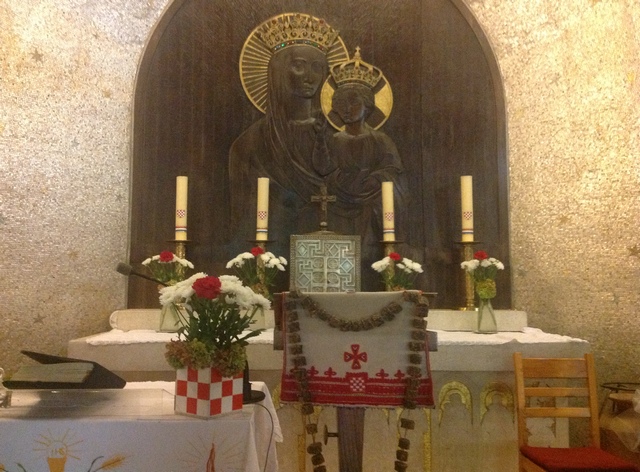 The chapel, built in 1932 on the top of mount Medvednica near Zagreb, has been decorated by top Croatian artists:
Vanja Radau¹, Radoje Hudoklin, Josip Turkalj, Gabriel Stupica and Marta Plazzeriano. 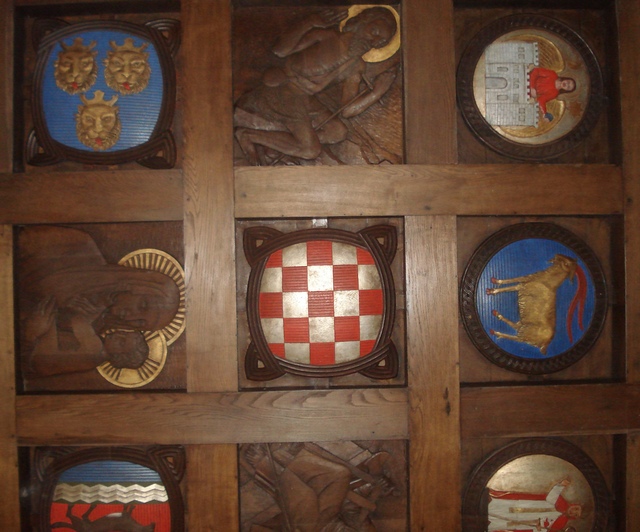 The ceiling of the chapel is decorated with Croatian Coat of Arms. 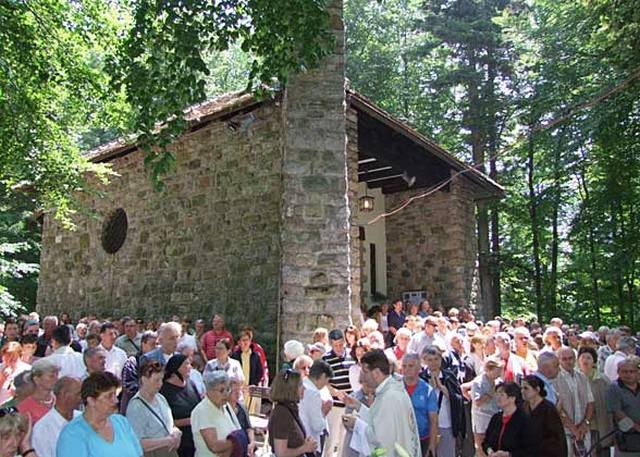 The Holy Mass in 2013, celebrating 80 years of existence of the chapel, has been served in the open. 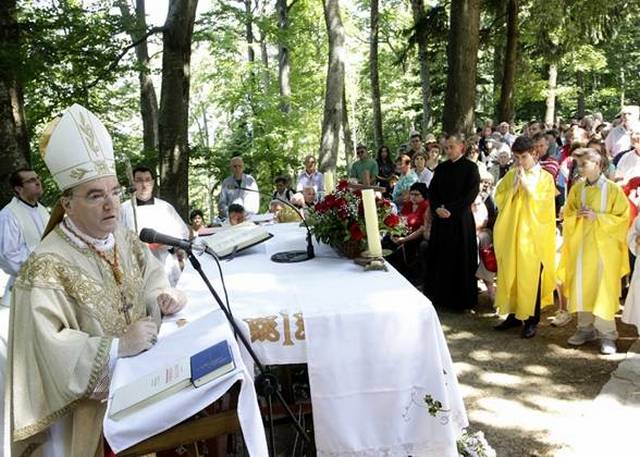 The Holy Mass has been served by Cardinal Josip Bozaniæ, the Zagreb Archbishop 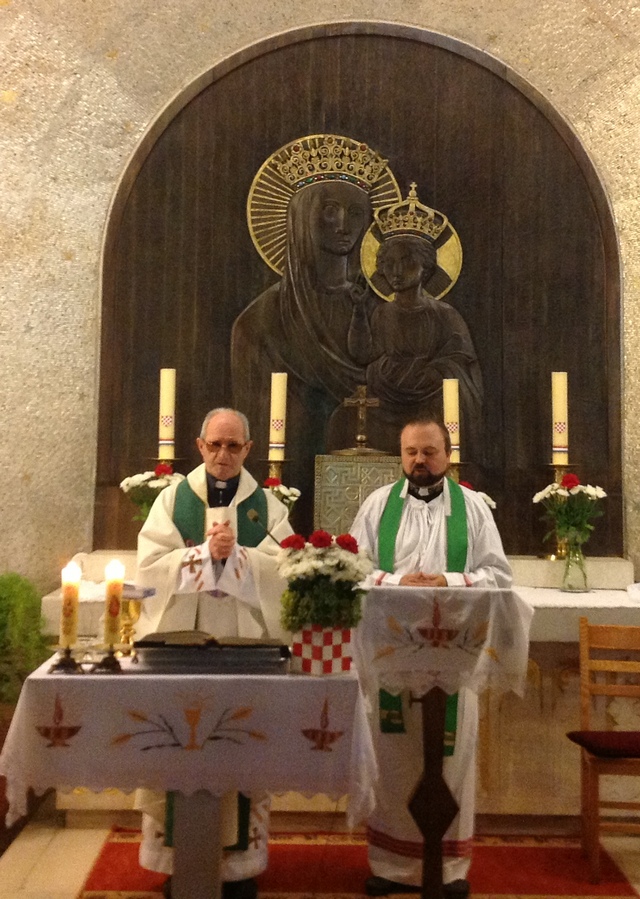 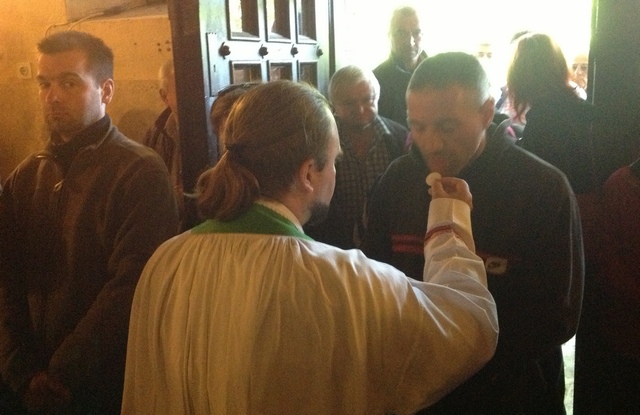 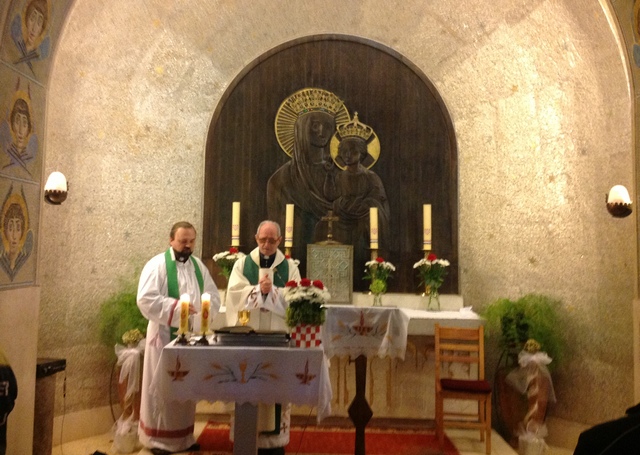 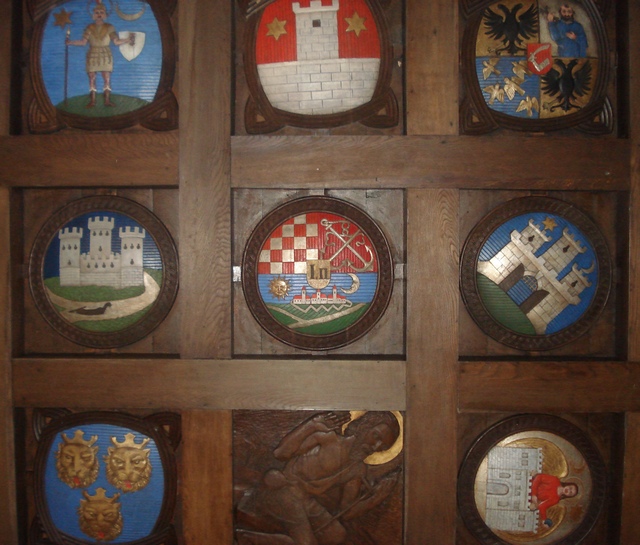 The ceiling of the chapel is decorated with Coats of Arms of various Croatian regions, cities and towns 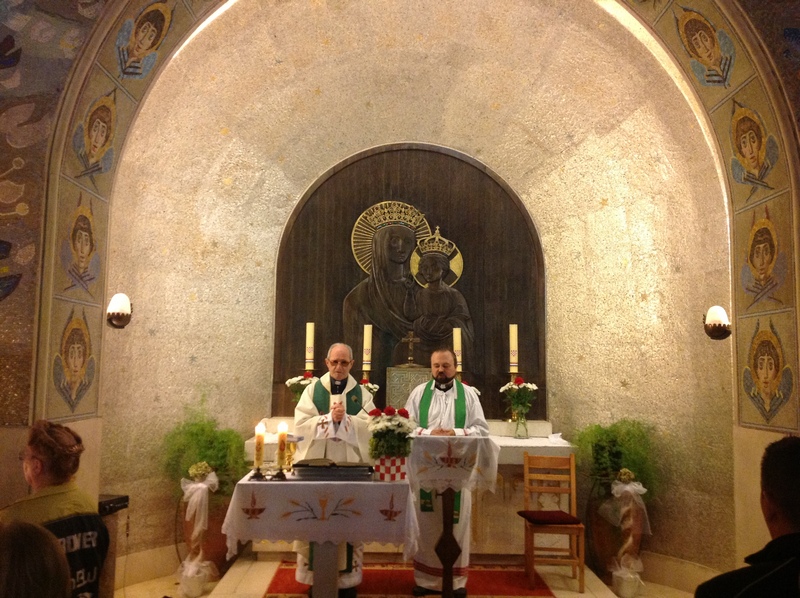 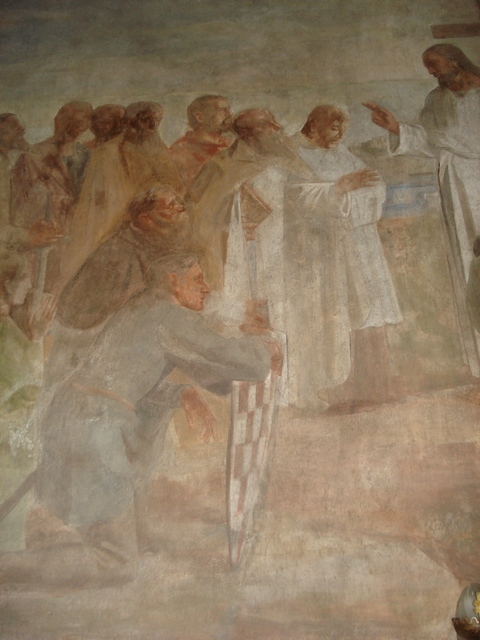 Details from Croatian history exhibited on the walls of the chapel. 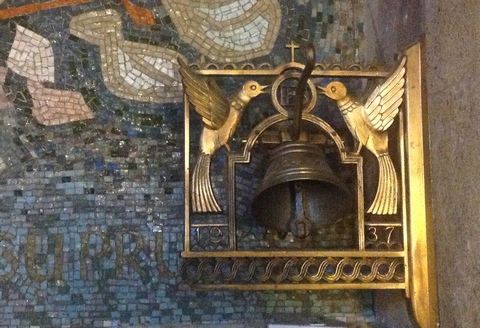 Beautiful decorations inspired by Croatian pre-Romanesque art from the end of 8th to 11th centuries. 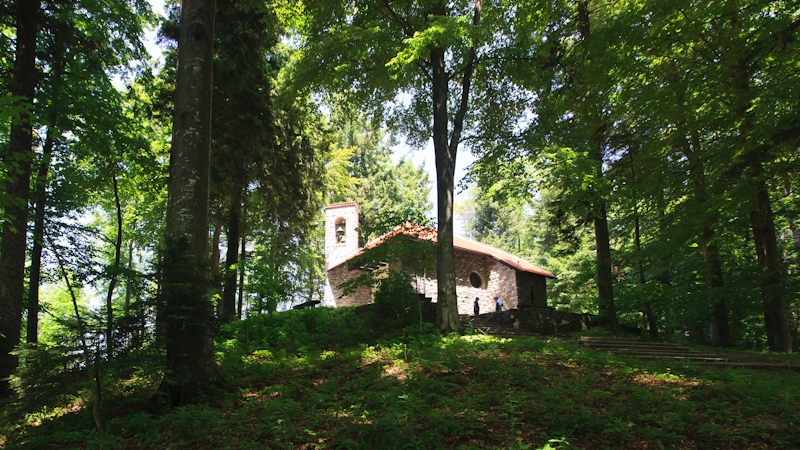 Queen of Croatians Chapel on the mount of Medvednica near Zagreb