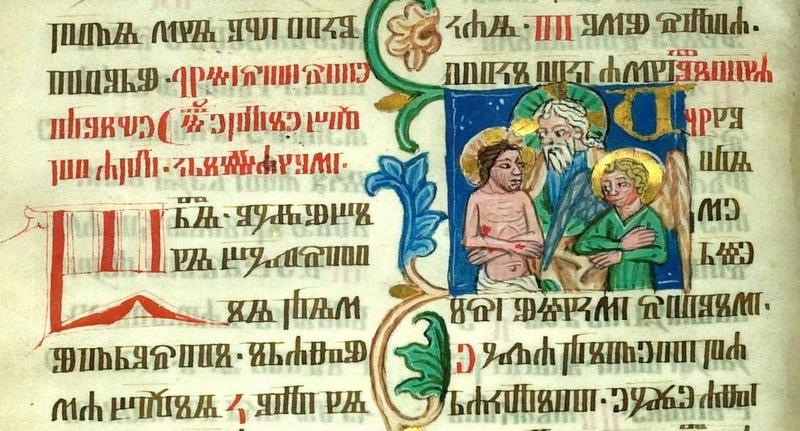 Croatian Glagolitic books and manuscripts are kept, except in Croatia, in 27 countries, mostly in Western Europe.

We would like to express our special gratitude to the Bibliotheque of Reims,
for having published high quality photos of the Reims Evangel via Internet.

May we ask Bibliotheque Nationale, Paris, to publish some of important Croatian Glagolitic books via Internet as well?
For example, Code slave 11 from 1380, originating from Croatian region of Lika, now kept in this famous library,
contains the oldest known nonliturgical verses in Croatian language. 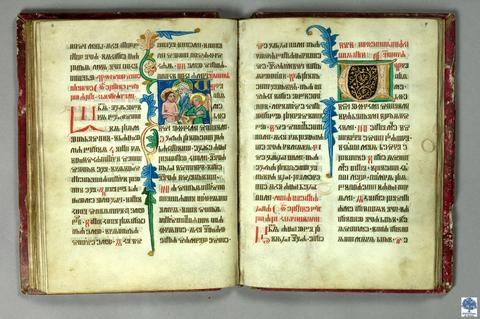 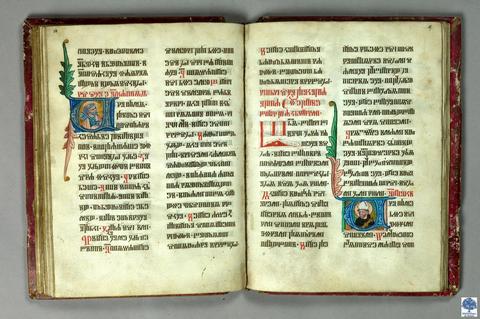 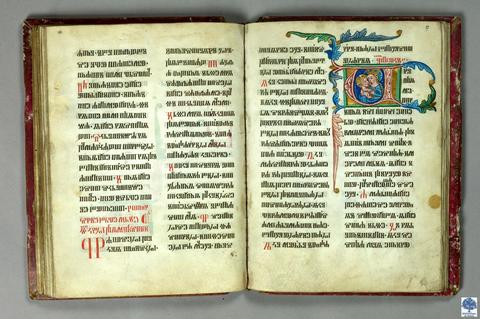 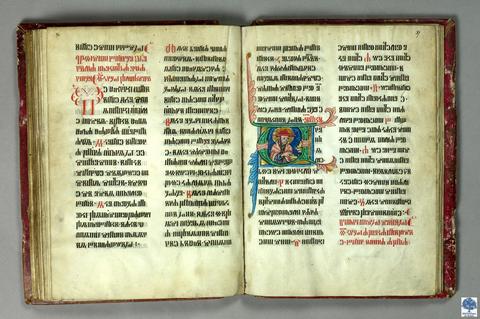 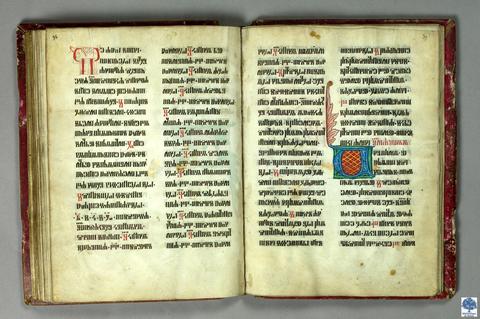 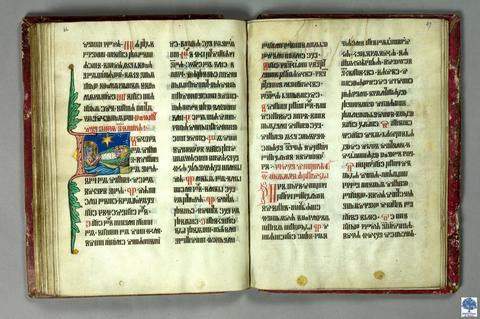 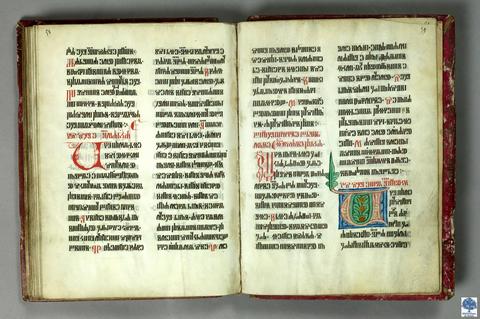 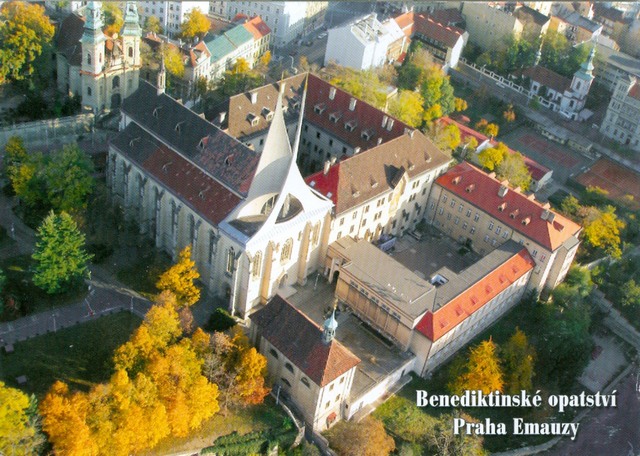 Benedictine Abbey Emaus in the Prague errected in 1348 by Charles IV, a Czech King, for Croatian Glagolitic prisests. 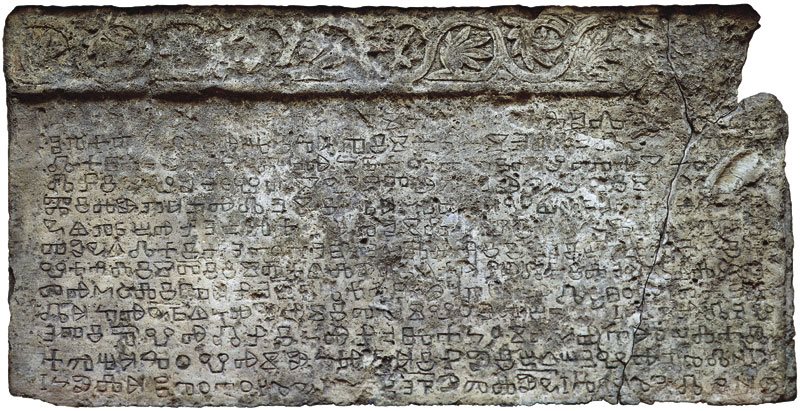 Baska Tablet, carved arround 1100, one of the most important monuments of Croatian written culture.
It mentions for the first time the name of "Zvonimir kralj Hrvatski" - "Zvonimir Croatian King",
in Croatian language and in Croatian Glagolitic Script. 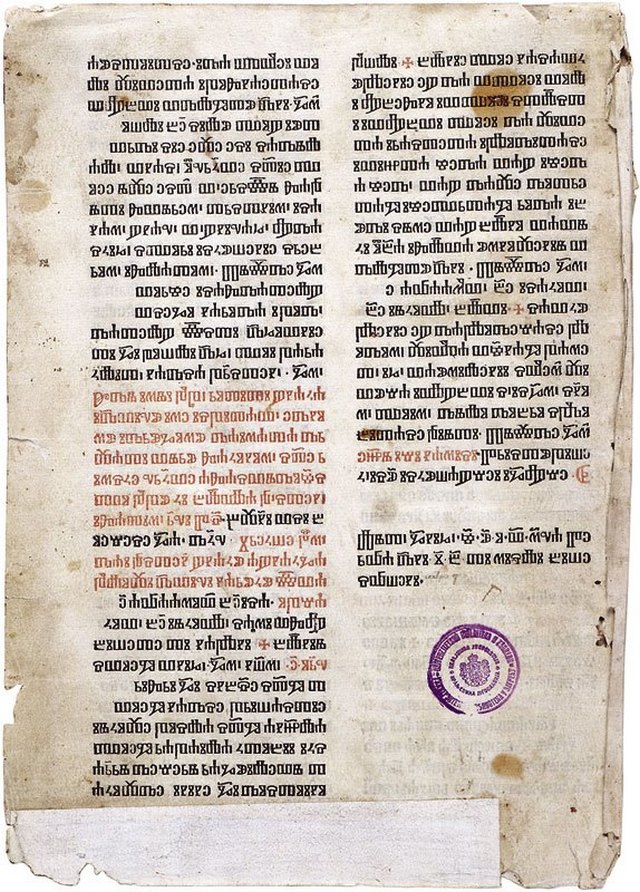 The last page of the first Croatian incunabulum, printed in 1483.

Valun Tablet from the island of Cres, 11th century. The first line is carved in Croatian Glagolitic Script, and  the next two in Latin Script. 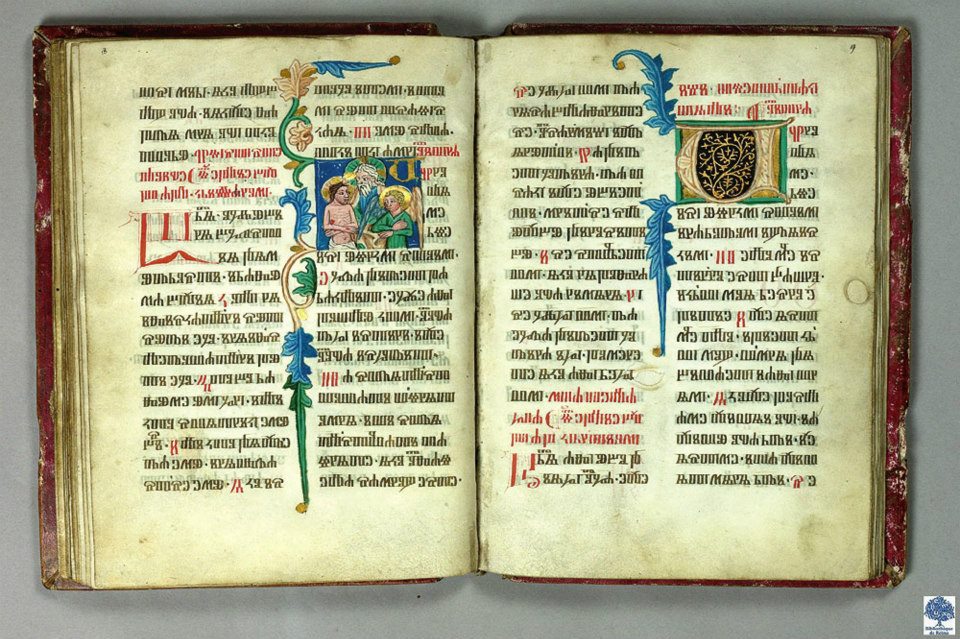 The Reims Evangel written in 1395 , in Croatian Glagolitic Script, in the Prague. 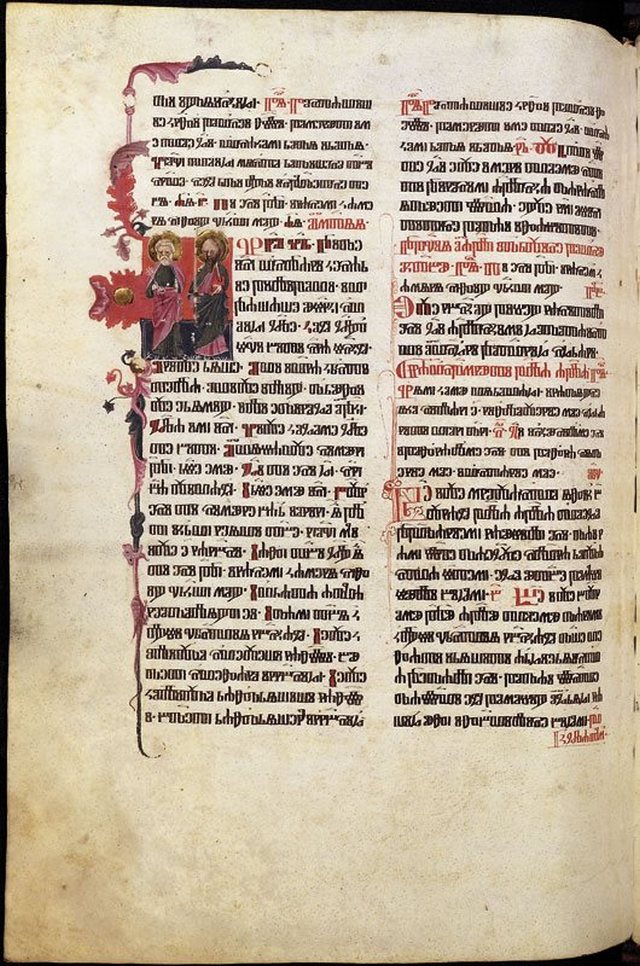 Berlin Missal from 1402, Croatian Glagolitic book kept in the State Library in Berlin, Germany,
written and illuminated by Bartol Krbavac. 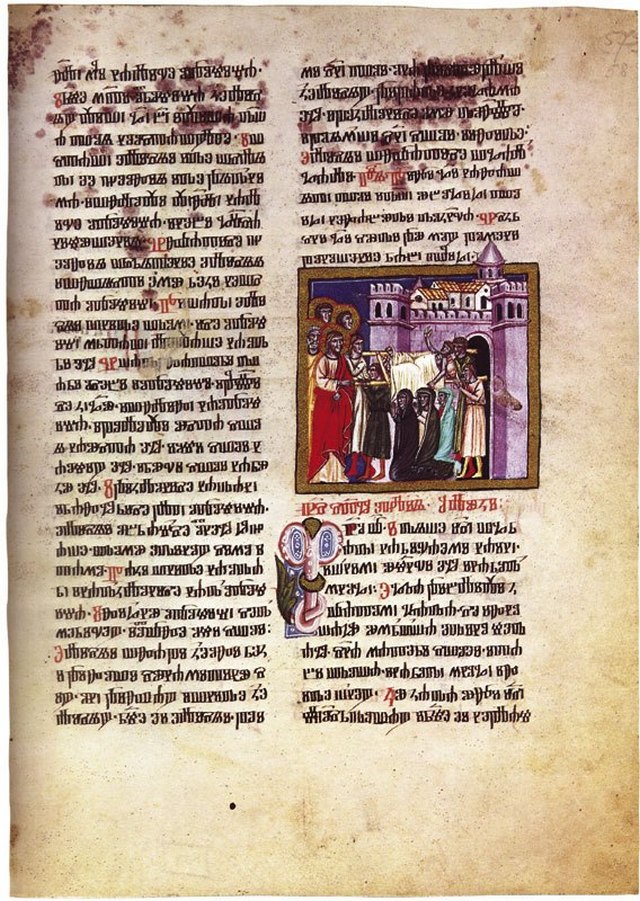 Hrvoje Missal from 1404, one of the most famous Croatian glagolitic books,
kept in Topkapi Sarayi in Constantinople in Turkey. 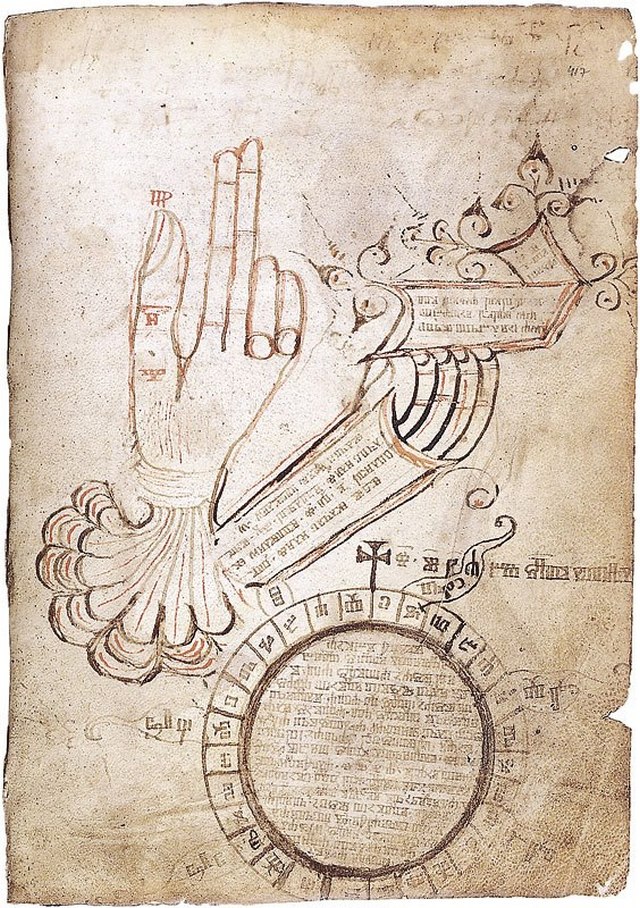 Breviary of father Mavar, 1460, kept in the National and University Library in Zagreb 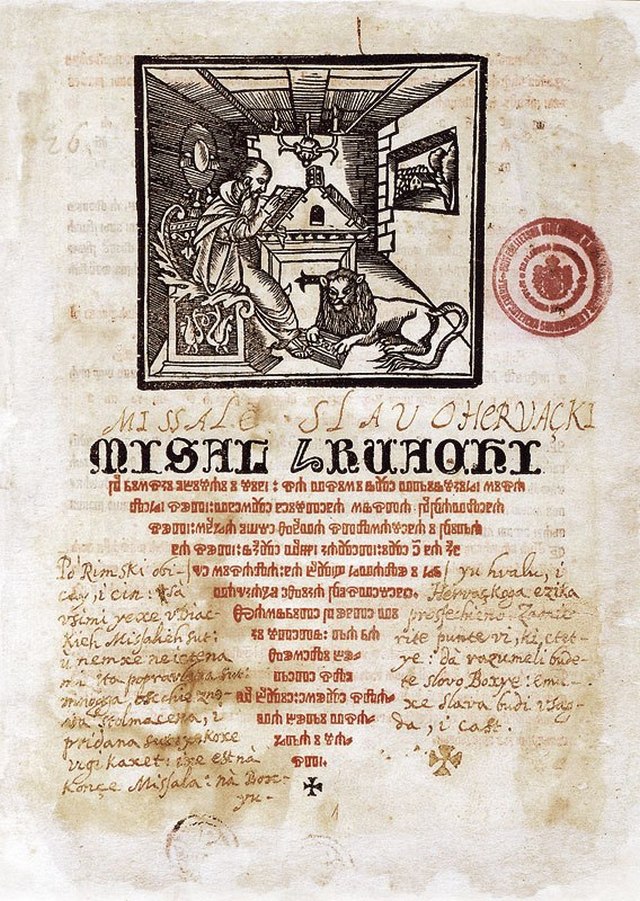 Misal Hruvacki - Croatian Missal, printed in the city of Rijeka in 1531. 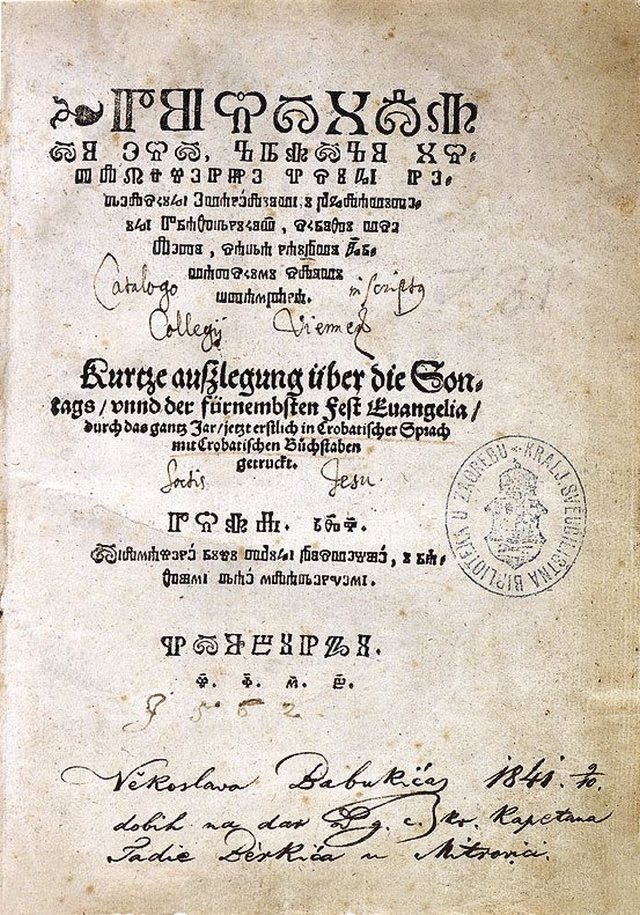 Postila, Croatian Glagolitic book printed in Tubingen in Germany in 1562. 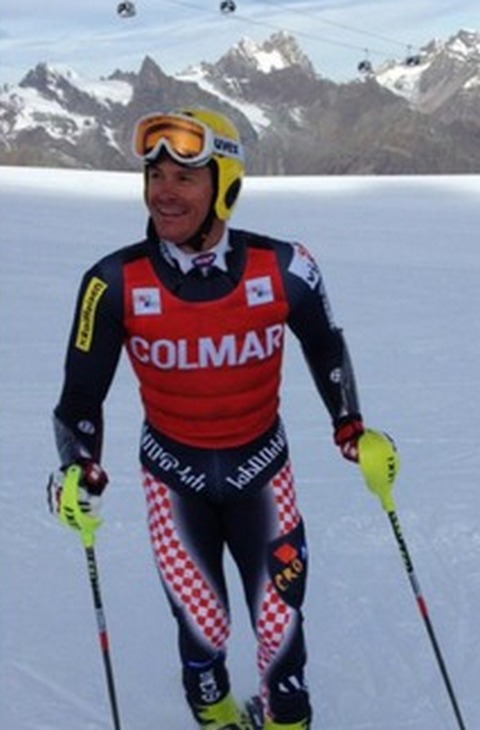 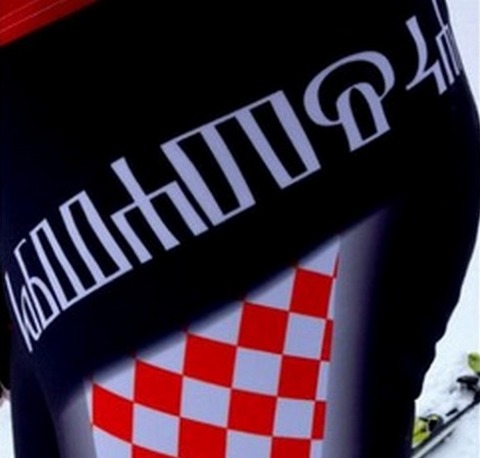 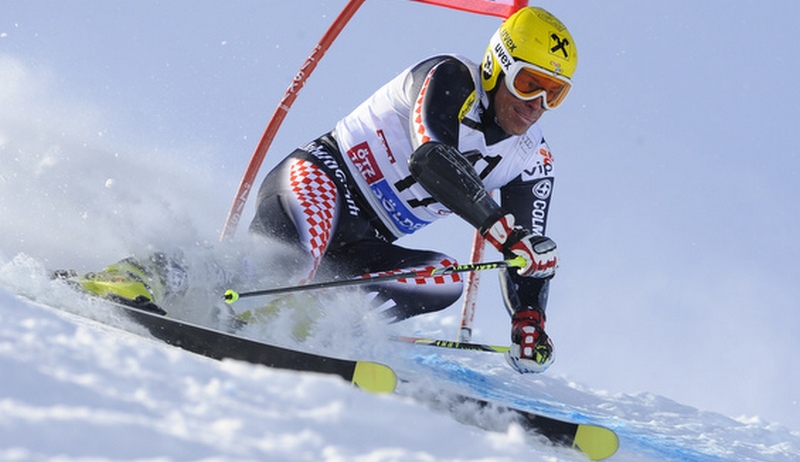 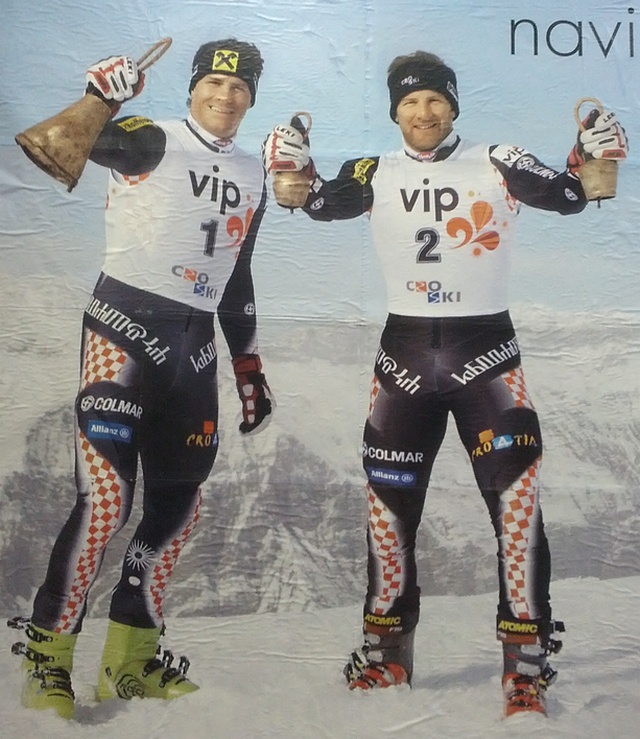