CROWN - Croatian World Network - http://www.croatia.org/crown
Living Cells a new book by Julienne Eden Busic available on Amazon
http://www.croatia.org/crown/articles/10273/1/Living-Cells-a-new-book-by-Julienne-Eden-Busic-available-on-Amazon.html
Marko Puljić
By Marko Puljić
Published on 06/4/2012
The message of this unsettling novel is to choose life, to rejoice in life, life without violence 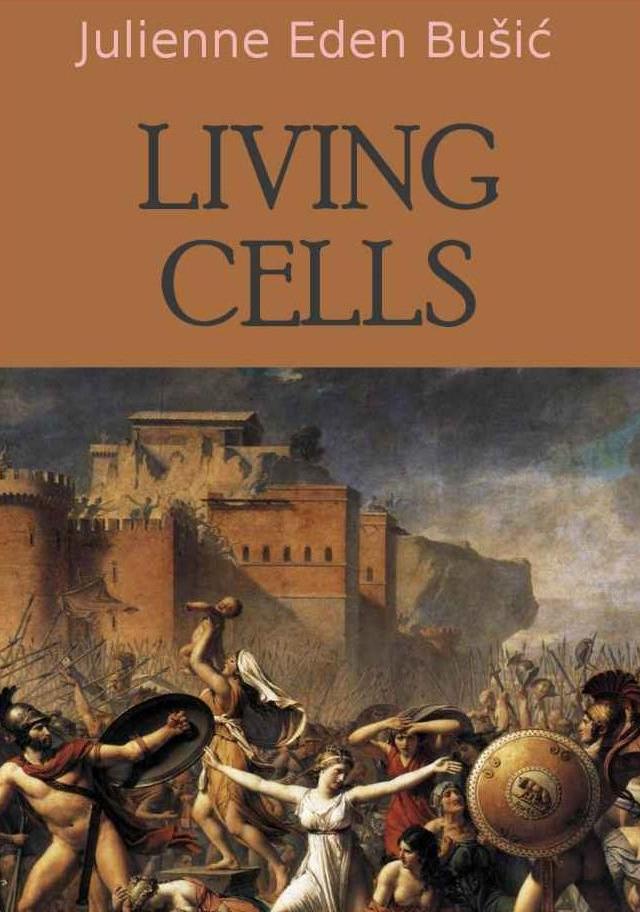 On the just-released book, “Living Cells”, by Julienne Eden Busic:

Eve Ensler on the Vukovar women, from the Croatian daily newspaper, Vecernji List, March 8.2012
Interview with Eve Ensler, activist and author of “The Vagina Monologues”
Eve Ensler, renowned American playwright and screenwriter, and author of the best-selling “The Vagina Monologues”, spoke recently in Vukovar, Croatia, about sexual violence in wartime.  Ensler is widely known in the world as an activist engaged in areas that have, in the recent as well as distant past, recorded cases of rape; thus far in Bosnia-Hercegovina, Croatian, the Philippines, Congo, Sierra Leone…  She is the initiator of V-day, when activists for human rights stage readings of “The Vagina Monologues” in order to protest violence.

Where do you get the energy for your activism and work with female victims of rape and violence?

I was abused myself as a child.  Back then I had a choice, to either oppose it and fight for myself and others, or to die.  I chose to fight.  Now that I have also survived cancer, I’ll fight even more.  I’ve gotten a second chance at life and I don’t plan on wasting it.  Every woman who has been raped has gotten a second chance at life.  So we have to support them so that they become strong.

As an activist, you’ve been in the Congo, the Philippines, and other places where crimes against women have been committed.  Were you successful there in accomplishing your goals?

Those are countries where horrific crimes were committed against women, abuse, rape.  In the Philippines, there are women who were raped in the Second World War by Japanese soldiers and are fighting today for their rights and compensation.  Some are over 80 years old, but they’re not giving up.  And terrible things also happened in the Congo, women had nightmares about everything they experienced, they were aggressive, they didn’t love their children.  So we organized a City of Joy and I am happy to say the results were fantastic.

Can the rape victims suppress and forget their traumas?

Of course they can.  The best proof of that is the women in the Congo, and me myself.  I too was raped, but I don’t live with it anymore.  In the past six months, the women in the Congo have been talking, attending workshops, undergoing psychotherapy, various trainings, learning about their rights…the results have been great.  After six months, they are different women.  They don’t have nightmares anymore, they aren’t aggressive, and are able to love their children.   We need to work with these women, show them they have support and love.

You’ve heard the statements of the women from Vukovar and Croatia who were raped during the war.  How do you see the women of Vukovar?

I believe that the women of Vukovar have been completely forgotten. They have waited twenty years for understanding, justice, love, but they haven’t received anything.  I hope this will start to change and that people will support these women.  In this way, the entire community will be changed.  I think there is a lot of anger, pain, and sadness here that needs to come out so that healing can take place.  The women have a right to healing and justice.  This is important for Vukovar, so that it can move forward.

Is there a difference between the women of Vukovar and the Congo?

What happened here, in the Congo, and in other places has a common denominator:  patriarchy.  It’s all the same or very similar.  But there are wonderful women and men who want to change things.  We have to work harder, be more open, more revolutionary, and change these conditions.

What repercussions in society can occur if it does not begin to address the issue of the raped women, if everything remains status quo?

What the critics say about “Living Cells” by Julienne Eden Busic:

In her new novel, Busic addresses the issue of power, violence and rape, truth and lies, the parallel presence of higher realities:  war, post-war, and peacetime, but above all, the moral decline of our own civilization….how necessary is it for us to read this moving story of the horrors of Vukovar, the bravery of women who chose life and motherhood over death, yet continue to pay the price today for their decision?  What is our own role in this story of power and its victims?

The message of this unsettling novel is to choose life, to rejoice in life, life without violence….we have before us a novel that encourages us to raise ourselves above bestiality, regardless of its origins – war, sexism, ethnic intolerance, or everyday family violence.

The novel, „Living Cells“, by Julienne Busic gives a voice to courageous women who are advised by their own communities to forget and stay silent.  After reading the book within our world of masculine „heroism“, I continually recognize the tracks of crimes that are continuing today.  Luckily, the book was written by a woman who, even as she writes of war crimes, promotes and finds peace.