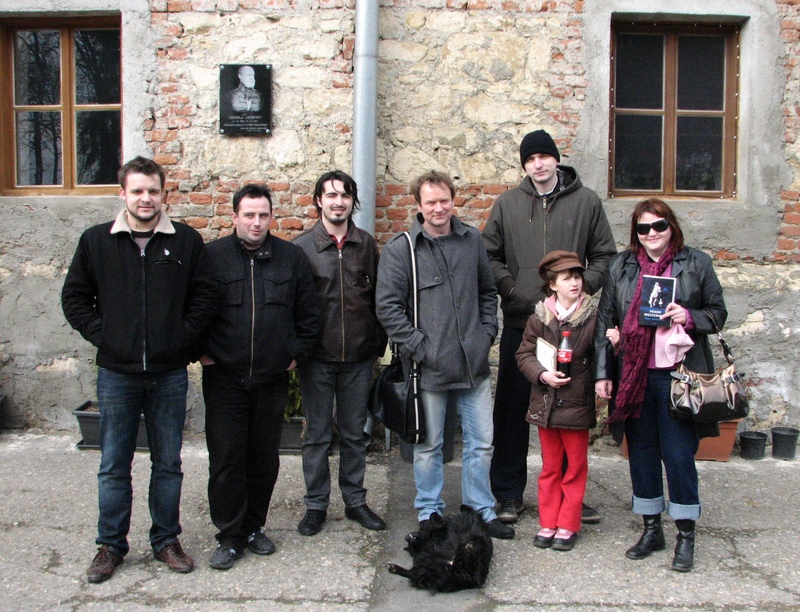 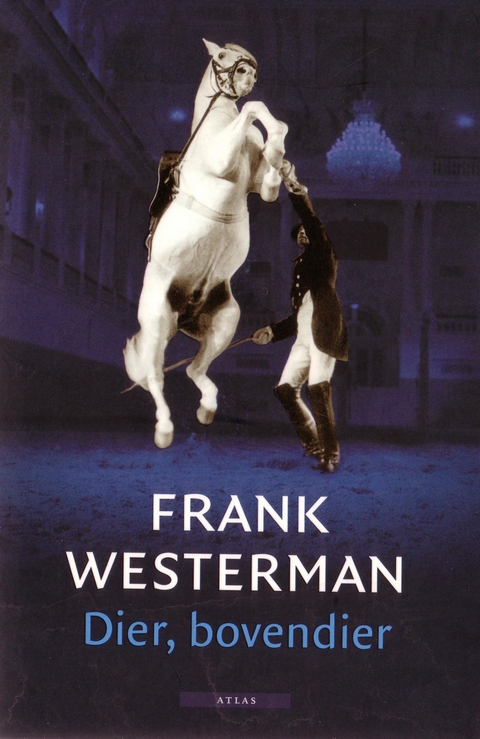 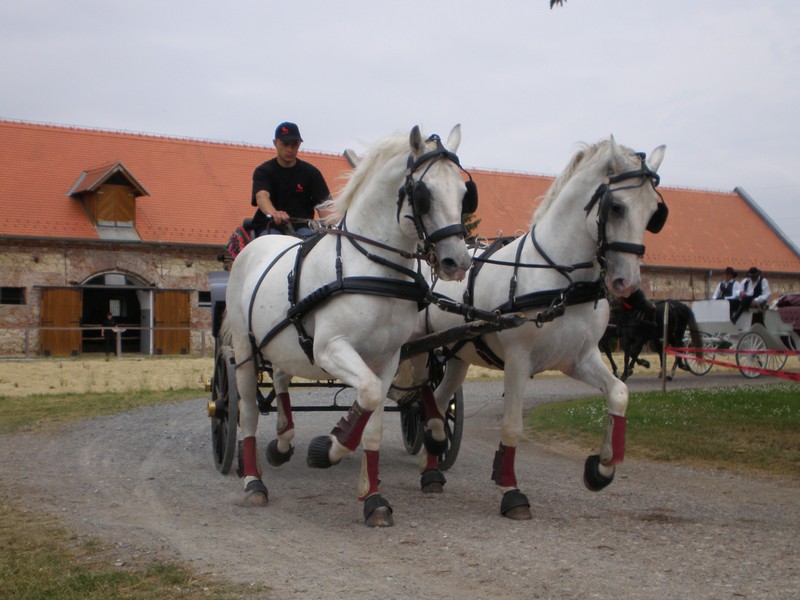 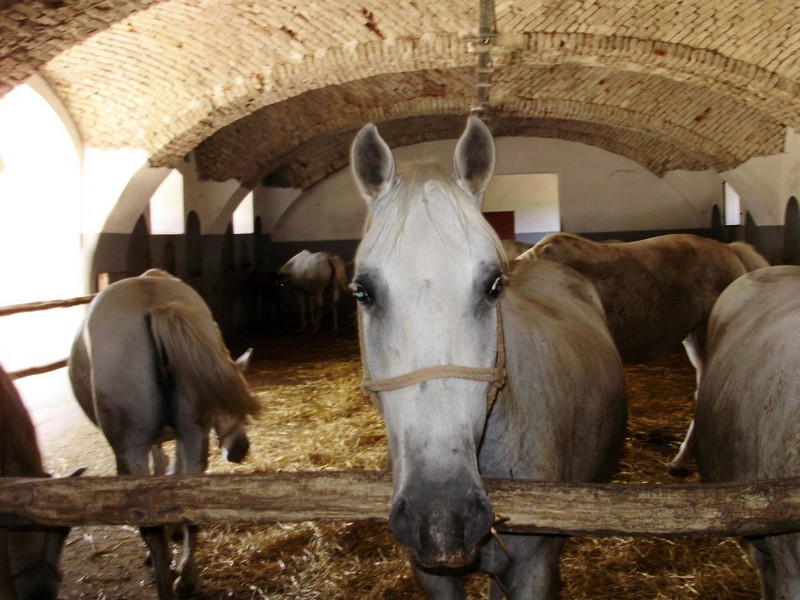 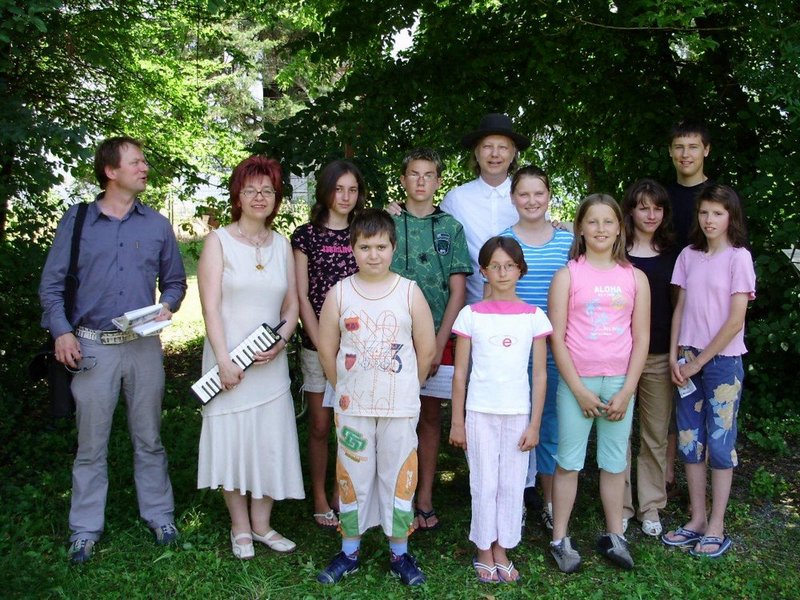 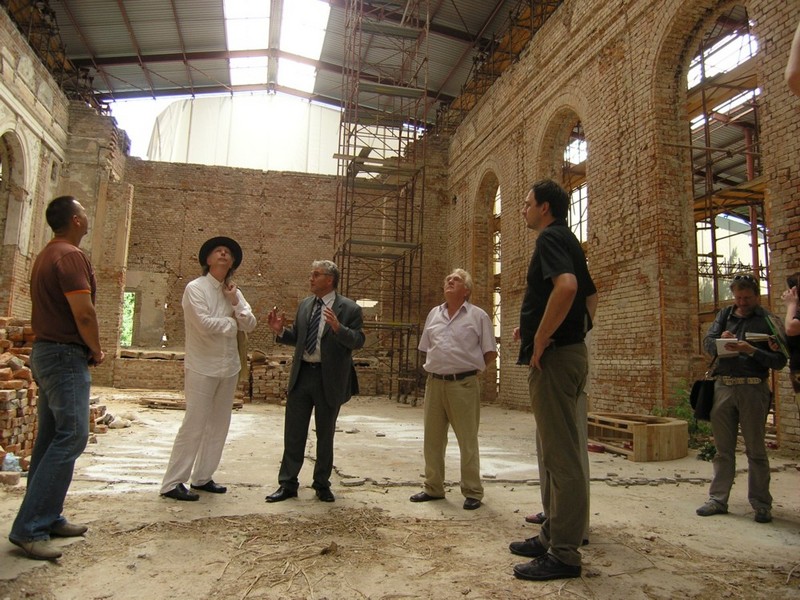 Nenad N. Bach with Mato àaÒiÌ on the left and Antun Haramija on the right, mayor of the town of Lipik,
former mayor Stjepan Horvat, and Frank Westermann taking notes on the right, June 2008.
Looking at Kursalon destroyed in 1991 during the Serbian aggression on Croatia. 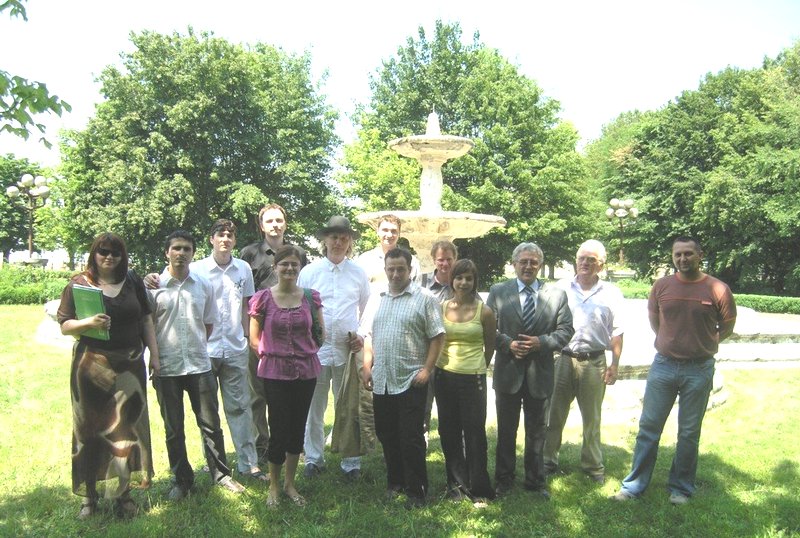 Frank Wstermann fifth from the right, in the central park in the town of Lipik, in front of Kursalon, June 2008.
Nenad N. Bach with his hat, Ivan Pu¿Ìenik is left to him.
The above three photos by the courtesy of Nenad N. Bach, source nenadbach.blogspot.com .


Nenad N. Bach talking to Frank Westermann at the end of this video.


Formated for CROWN by prof.dr. Darko ÛubriniÌ Distributed by www.Croatia.org . This message is intended for Croatian Associations/Institutions and their Friends in Croatia and in the World. The opinions/articles expressed on this list do not reflect personal opinions of the moderator. If the reader of this message is not the intended recipient, please delete or destroy all copies of this communication and please, let us know!